During the Year of Coasts and Waters 2020, we’ve been joining NatureScot staff working along our shorelines and watery places to gain an insight into the important and varied work they do. This month we hear from graduate placement Fairlie Kirkpatrick Baird about her research on how our changing climate could impact on wetland sites. 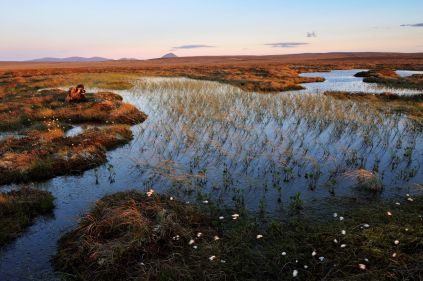 As one of NatureScot’s graduate placements, I’ve spent most of the past year focused on one particular research project – trying to predict which areas of Scotland might be most affected by drought in the next twenty years. One of the consequences of climate change is increases in extreme events, which includes longer, more frequent, and more severe droughts. When we think of extreme events in Scotland, we usually think of flooding and storms, but droughts are increasing here too, with potentially disastrous consequences for human and ecological environments. If we can predict which areas may be most affected, we can start to take mitigation actions to try and reduce potential damage.

Bogs can be damaged by water scarcity ©NatureScot

Fairlie out in the field ©Fairlie Kirkpatrick Baird

To do this, I spend most of my time doing a mixture of coding and mapping. Before COVID-19, I had planned to also spend some time in the field to understand first-hand the impacts of drought and how to manage land in response, but unfortunately this hasn’t been possible, so I’ve had virtual chats with land managers and conservationists instead – disappointingly, from home rather than knee-deep in a bog!

Graph showing how water availability could change at an example site – blue is wetter and red is drier.

Drought risk can be estimated using data from climate models to calculate whether areas may become wetter or drier. This estimate can then be mapped, so we can work out which areas of the country may be ‘hotspots’ that might experience particularly bad conditions in the future. It’s particularly useful to compare the future drought estimates to data on the number of actual droughts that occurred in the recent past, because this tells us which areas will experience the greatest amount of change from their normal conditions. Splitting the data by seasons is also helpful, since the spread of drought across the year can affect how ecosystems function as well as timing of restoration work and land management.

The maps showing how drought may change clearly show quite substantial increases in many areas of the country, particularly in autumn. While this is very concerning, knowing where and when the effects may be strongest lets us plan for and hopefully reduce some of the damage.

Maps showing which areas may experience the highest increases in drought, total and seasonally

This planning is particularly relevant to wetland habitats, which are especially sensitive to drought and can be easily damaged by changes in water levels. Since wetlands play a huge role in providing ecosystem services, including habitat provision, water management, and carbon capture and storage, the ability to preserve them more effectively is vital for protecting Scotland’s environment. As I draw near the end of my placement, I’m focusing on making my results as easily understandable and widely available as possible, in the hope that this project can contribute to the conservation of these hugely important and beautiful habitats. 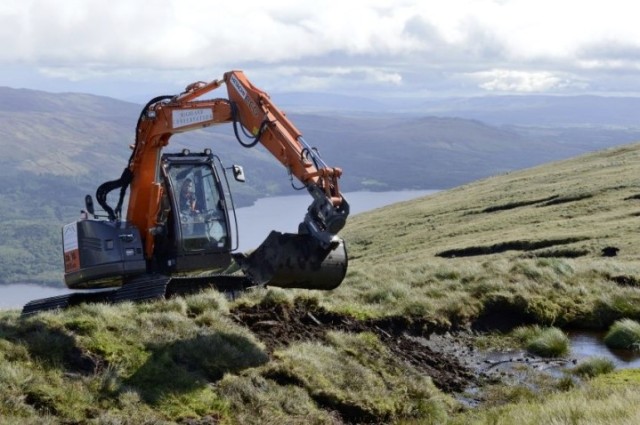