Career through a lens: my favourite photographic memories

Working with us for over forty-five years now, our celebrated NatureScot photographer, Lorne Gill, has seen many changes to Scotland’s countryside. The creation of the West Highland Way and several other long-distance routes, two National Parks and the reintroduction of long lost iconic species to the Scottish landscape, to name just a few…Today Lorne shares some of his favourite memories from a career through a lens …

I started my working life in 1975 as a trainee cartographer and surveyor and changed my career path to photography in the 1980s after gaining a vocational photography qualification at Napier College in Edinburgh.

Working with film cameras and spending many hours in darkrooms processing and printing seems like a lifetime ago now. The advent of digital photography and the ability to shoot and edit video on a personal computer means that I have never stopped learning new skills. To my mind, the value of photographic collections only increases over the passage of time as these records allow us to contrast and compare them with the places of today.

I hope some of the photographs that I have captured over my working life will prove useful for many years to come. Do I have a favourite? Read on and find out! 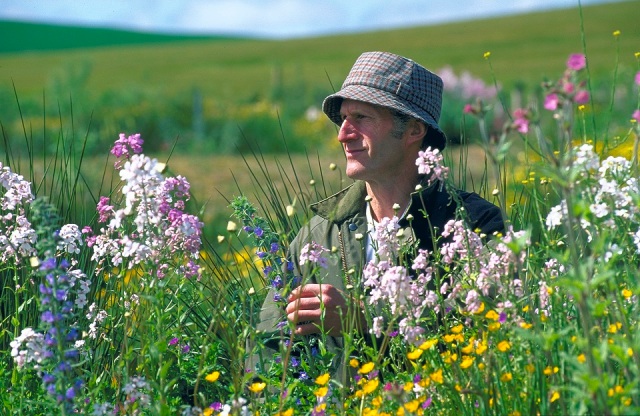 Farmland biodiversity. John Strachan, farmer at Tullo farm near Oldmeldrum. I visited John on a summer’s day in the early nineties as John had won a national farming and conservation award for his farm. I recall him saying that he was steadily creating ponds, woodlands and wildflower meadows reversing decades of agricultural improvements and encouraging wildlife to return. As we talked he was thrilled to see an osprey fishing on a newly created pond. 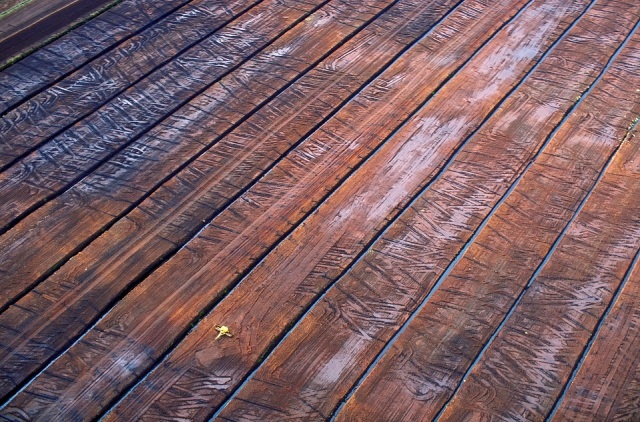 Letham Moss. Commercial peat extraction at Letham Moss near Falkirk. Many of Scotland’s lowland raised bogs lay hidden behind a fringe of woodland. This aerial photo was taken in the early nineties as part of a national survey to establish their condition. It has been used many times in national campaigns to encourage the use of peat-free garden compost. I believe that peat extraction no longer takes place on this site.

Dick Balharry MBE. NatureScot has had many dedicated and visionary staff, both past and present. I met Dick at Creag Meagaidh NNR, just as the upland birch woods there were showing their first signs of recovery after many years of overgrazing. Dick had been instrumental in the woodland recovery at Beinn Eighe NNR and then at Creag Meagaidh too. Dick’s passion, enthusiasm, knowledge and can-do attitude was a joy to behold. 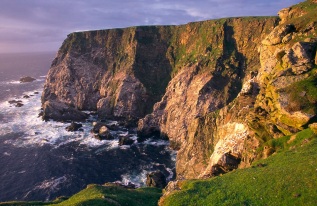 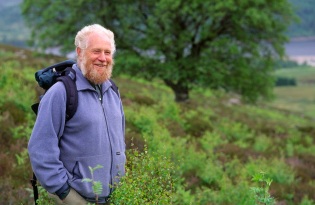 Hermaness. I visited Shetland in the summer of 1995 to offer audiovisual support to Magnus Magnusson, the then SNH chairman, who was on a public lecture tour of Scotland. I stayed on for a few days to photograph our reserves and other points of interest. The highlight was the unexpected evening light that bathed the amazing seabird cliffs at Hermaness NNR. I got back to the carpark after dark and too late to pitch a tent, so I slept overnight on the visitor centre floor!

White-tailed eagle. There have been several white-tailed eagle reintroductions to Scotland over the years. Firstly on the Isle of Rum NNR, then Wester Ross and more recently in north east Fife. Working for NatureScot has given me the opportunity to see these amazing birds in close detail and to witness the dedication and professionalism of the project teams that are key to their continued success. 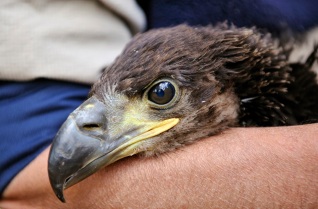 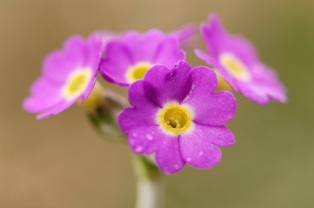 Primula scotica. I have always loved photographing plants, and looked forward to receiving calls from colleagues in which they would report a particular plant was in flower and could I find time to visit. Primula scotica or Scottish primrose is our only endemic plant, so it was inevitable that I would find myself travelling to photograph it. It is very particular in its choice of site, and can only be found in coastal areas in the very north of the country and in Orkney. It’s more challenging to photograph than most plants as it’s unexpectedly small. 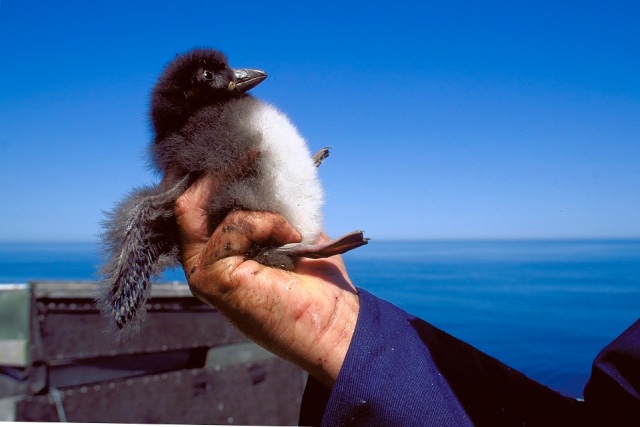 Puffin chick on the Isle of May NNR.© Lorne Gill/SNH

Puffling. I have visited the Isle of May NNR many times over the past 30 years, mostly photographing the wildlife and day visitors enjoying the reserve. However, on one trip in the nineties, I photographed some of the seabird researchers including Mike Harris showing me a puffling that was resting in its burrow. Mike has been researching seabirds on the Isle of May for well over forty years and is a source of all knowledge on the island’s seasonal residents. 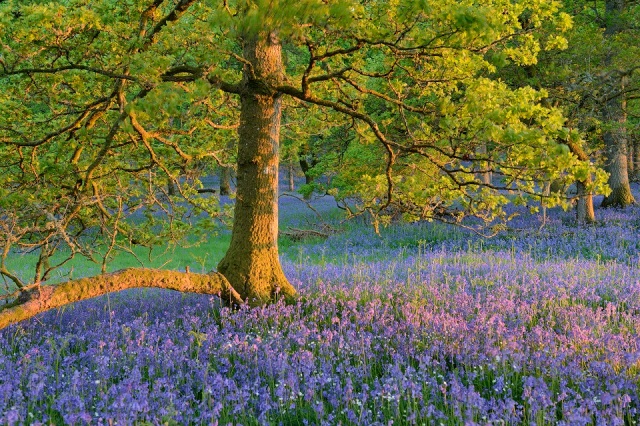 Bluebell woods. I have known this woodland for over fifty years as it’s not far from where I grew up. It’s also one of the first places that I visited when I bought my first proper camera. The best time to visit to see the bluebells is usually the third week in May, but it does vary annually depending on the type of spring we get.  A warm spring and it’s earlier, cool and it’s later. I must have thousands of images that I’ve taken over the years, but the vibrant colour and the intense perfume of the flowers always draws me back. Long ago it wasn’t unusual to be the only person in the woods, but as the years have gone by it has got busier and busier, so much so that I only visit there at dawn and dusk now.

Panorama of Beinn Eighe at sunrise from the slopes below Meall a Ghiubhais, Beinn Eighe National Nature Reserve. ©Lorne Gill/SNH

Beinn Eighe morning and Loch Maree evening. It was the first day of the Glasgow Commonwealth Games in July 2014, and I found myself sleeping in my car at Beinn Eighe NNR to avoid the summer midges. I set off up the pony path in near darkness to reach the high ground north of Beinn Eighe before sunrise. There are never any guarantees that an early start will be rewarded, but on this occasion, all worked in my favour. It was one of the hottest days I can remember but it wasn’t over yet, as I intended to photograph the Loch Maree islands later in the day from a high viewpoint overlooking the loch. Several hours later and with tired feet it was mission accomplished. A perfect end to a perfect day.

Taynish NNR. I have visited many NNR’s over the years but one particular visit to Taynish sticks in my mind. I went on a guided walk with reserve staff and a group of eighteen young men from Zambia, who were part of a cultural exchange programme with local residents, up over the hilltop path and back through the woods by the shore. My enduring memory of the day was the joyous rendition of the Lion King sung in great voice and amazing harmonies as it echoed through this Scottish rainforest.

Storm. I have visited the Uists many times but mostly in the summer to photograph the machair and its wildlife. However, I did visit a couple of times in winter. On one occasion a storm blew up giving me the perfect opportunity to photograph stormy seas and the impact on the dunes. It was so windy I could hardly get the car door open, and when I did venture out, I could barely stand up. The blowing sand stung my face and hands, and the gusting wind made my tripod blow over several times. 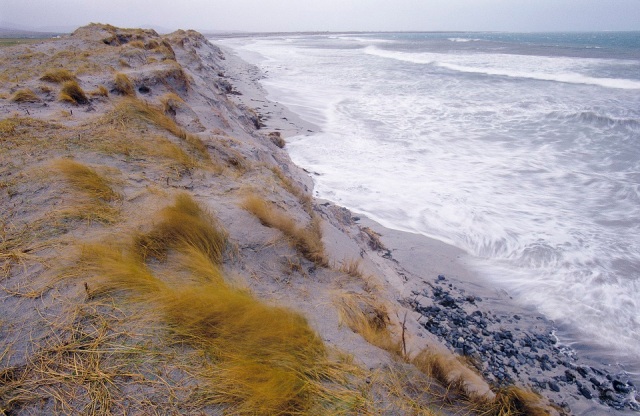 Snapberry. I have always been an advocate for the power of nature photography, running the Scottish Nature Photography Fair for many years. So it’s no surprise that Snapberry, an annual photography and nature project by NatureScot and Lochgilphead High School, is one of my best NatureScot memories. It was the brainchild of Caroline Anderson from our Lochgilphead office and Lesley Donald, an English teacher at the school. The annual springtime visit to Taynish or Moine Mhor NNRs has seen many school pupils connecting with nature through the lens of a camera for the very first time. I never failed to be impressed with their creativity and enthusiasm. 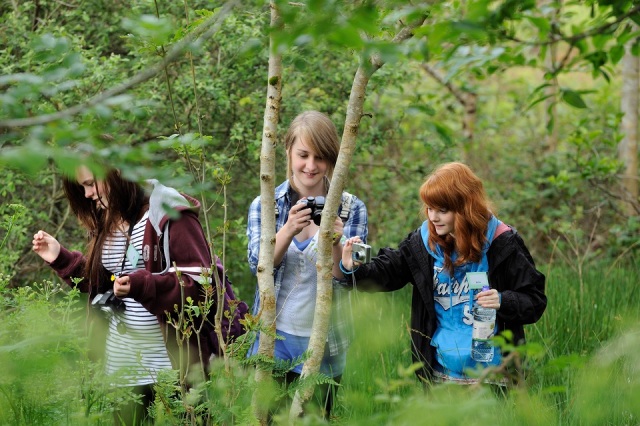 Leaping salmon. Photographing wildlife used to be a specialist subject with only the most dedicated photographers achieving the standard required to capture quality images. Its difficulty was mainly due to the need for expensive equipment, fieldcraft skills and very slow fine-grained film that meant almost every shot was taken with the camera mounted onto a tripod. When digital photography came along everything changed. No longer were photographers constrained by the number of shots they could take, they could also view their results instantly, taking the guesswork out of getting the correct exposure and seeing if the images were sharp.  Things have progressed so fast that images that were thought to be too difficult to capture, like birds in flight or leaping salmon became achievable. This image is a result of this new era of photography. 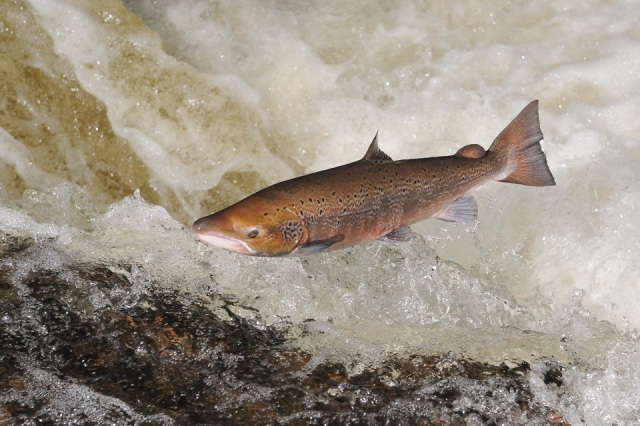 And finally…People have often asked where’s my favourite place to photograph in Scotland? That’s a very difficult question to answer. Almost anywhere can look amazing in great light or at the perfect time of year. I’ve always liked working locally as you have more opportunities to be in the right place at the right time, whereas fleeting visits to faraway locations are not so easy to predict. However, I have found that spending at least a few days in a set location allows me to clear my mind and begin to focus on the job, without worrying if I should be somewhere else or working on an urgent image request or video edit.

One of the most memorable occasions was on a once in a lifetime trip to St Kilda. The archipelago is the only UK World Heritage Site designated for its cultural and natural heritage and I was lucky enough to spend four days there in early May 2009. By the end of the trip, my feet hurt and I felt like I had hardly slept as I photographed from dawn until dusk due to the fine weather. The long hours were rewarded when I witnessed this spectacular dawn view over Boreray and the sea stacks of Stac Lee and Stac an Armin. It was an uphill walk from the village to a viewpoint at the Gap, so the scene that awaited lay hidden until the last moment. 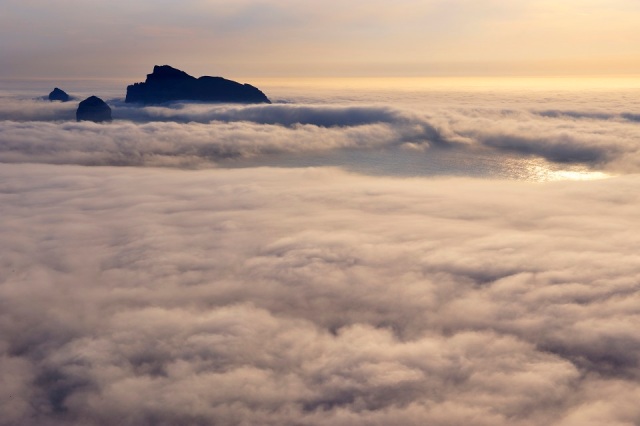 If I was pushed to choose I’d have to say that the view that unfolded on that early morning was a real highlight from many years of photographing in Scotland. I felt so lucky to witness it standing there alone in complete silence without another person around. For a photographer, there are always personal memories behind an image that makes it more special and this was one of those occasions.