It’s 5am and time for Yvonne Ferguson to rise and take her Border collie, Jess, out for a walk before she sets out from Collieston, 15 miles north of Aberdeen to Newburgh, walking four miles across the wide expanse of Forvie Moor.

By 6.45 am she is on the ‘Mussel Roadie’ or ‘Fish Wivies Path’, named after the Collieston fisher folk who, in times long gone by, used the path to and from the Ythan estuary to collect mussels as bait for the long-line fishing boats that once worked out of Collieston harbour.

Collieston fishing folk baiting their lang-lines with mussels collected from the Ythan estuary. Note the basket beside the woman in the middle which would be carried on her back along the ‘Mussel Roadie’ or ‘Fish Wivies Path’.  Photograph from ‘Old Collieston and Slains’ by Ellie Ingram Stenlake Publishing 2012.

It takes her an hour and a quarter to reach Newburgh where she gets the Aberdeen bound bus. And come late afternoon, she does the return leg. I’m tired just thinking about it.  Yvonne has been doing the walk since lockdown at the end of March when the bus service she uses to go to work was suspended, leaving her with no transport to get to her job in Aberdeen. Working in a laboratory means that she cannot work from home, and without a car, she has no alternative but to catch the bus in the neighbouring village of Newburgh. On a couple of days a week she manages to get a lift from friends who also work in Aberdeen but for the most part, from Monday to Friday, she walks to and from Newburgh to Collieston. I asked if she could use a bicycle but the bus company doesn’t carry them unless they can fold-up. In any case, there’s nowhere to safely leave bikes in Newburgh. Yvonne Ferguson  on the trail

On this glorious late May morning, I join Yvonne on her daily commute, meeting up near the Trig point at the heart of Forvie Moor, the highest point of Forvie National Nature Reserve. We walk together for a while and I do a quick back of the fag packet calculation and reckon by the end of June she will have clocked over 500 miles! I try hard not to start singing “I’ll walk 500 miles…” 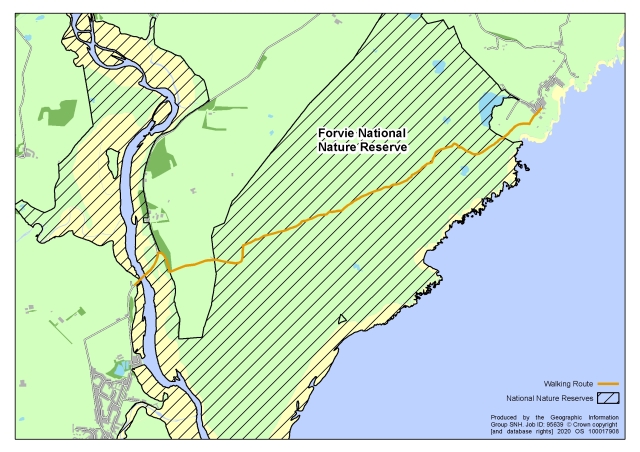 On her daily commute Yvonne experiences the full range of weather that the Scottish climate can throw at you – late winter snow and hail in March and even April, frequent rain showers and on this occasion, wall to wall sunshine. 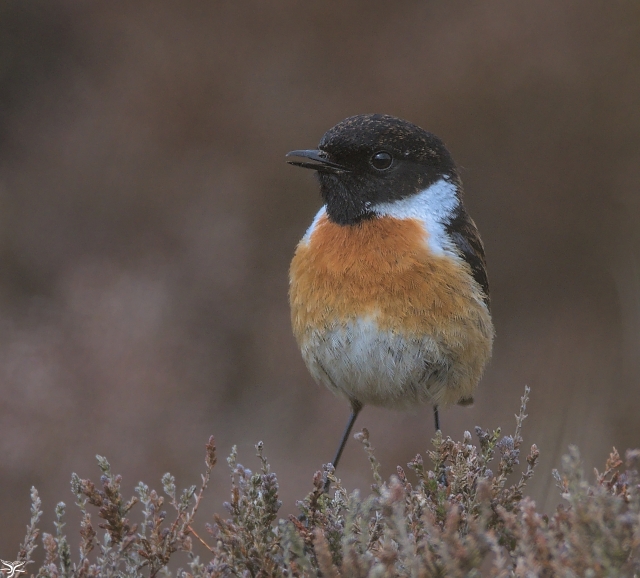 She has seen the moor change from the faded browns of winter to the fresh greens and yellows of spring and early summer – the scrub willow now covered in fresh green leaves while clumps of wild tormentil and birds foot trefoil adding splashes of colour on the sand dune ridges that poke out of the brown moorland and heath.

I ask about what wildlife she has seen in her travels and immediately Yvonne mentions the normally shy roe deer that have become accustomed to her and rather than run away they stay put. The other morning Yvonne swears blind that one was following her.

She frequently sees birds such as the meadow pipit and skylark and where there are clumps of gorse and trees stonechats scold her from their treetop perches. At the moment they’re busy raising their first brood of chicks so are wary of people. From Waterside Bridge, she’s seen an Osprey fishing in the Ythan estuary, the bird hovering above the water looking for its next meal. 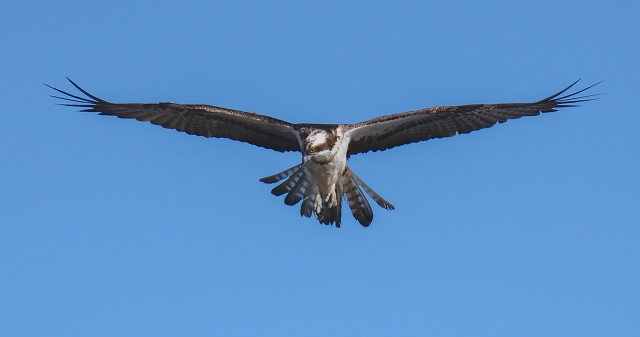 I leave Yvonne to continue her journey across the moor. She’s setting a cracking pace which in little over an hour will see her arrive in Newburgh. As she disappears over the horizon she looks so small in that big landscape. We rightly salute our medical and other key workers who are doing so much in the fight against the Covid-19 virus. But there are also other, unsung heroes who continue working, doing their bit to keep our society functioning and supporting the economy. Yvonne is one of those.

The tiny figure of Yvonne setting across the wide expanse of Forvie Moor, part of the Mussel Roadie or Fish Wivies Path.

I wish to thank the following for help in writing the blog.  Ellie Ingram for providing me with the image of fisherfolk baiting their lang-lines, staff in SNH’s Geographic Information Group (GIG) for producing the map showing Yvonne’s daily commute across Forvie National Nature Reserve and last but not least Yvonne for allowing me to write about her walking those 500 miles!

The blog is written by Ron Macdonald who retired as SNH’s Director of Policy & Advice in 2015.  Ron is a member of the Scottish Wildlife Trust’s Conservation Committee, chairs the North East Biological Records Centre Advisory Group (NESBReC) and is a Trustee of the Macaulay Development Trust. Since retiring his newfound passion is wildlife photography, examples of which appear in the blog. You can follow Ron’s passion on Twitter – @ronpon_ron