Lorg Ghlaschu – In Search of the Dear Green Place

Musician Mary Ann Kennedy was brought up in Glasgow in a Gaelic-speaking family with island roots. In our post today, Mary Ann digs deep into the natural Gaelic and other roots of the Dear Green Place.

I was born in Glasgow, in Rottenrow. I grew up in Pollokshields. I went to school in Milngavie while my wee sister went to Bellahouston. As part of the vibrant Gaelic and Highland Glasgow community of the 70s, we went to ceilidhs in Partick, while my Gaelic-speaking polis uncle worshipped at the shrine of Ibrox. I went for over-optimistic chanter lessons in Srathbungo with one of Scotland’s greatest pipers, one of Gaelic heritage. We wondered at the ice-rink at Crossmyloof, never allowed to go for fear of slicing musical fingers. We passed the No. 64 bus for Auchenshuggle as mam took us shopping in the centre of town.

Colourful, enigmatic names all of them. But for all that our family grew up in a city that we recognised even as kids as the great Gaelic urban diaspora, I never associated these names with the community of which we were part. Had I not sat my Gaelic O-grade and Higher (solitary soul in Douglas Academy’s Assembly Hall, singing poetry to herself under the watchful eye of the Gaelic-speaking maths teacher invigilating), I would not have realised that Glasgow’s Gaelic story was writ large in her placenames, nor that they were the key to the green spaces of the ‘Dear Green Place’, as Glasgow’s own name is so often interpreted.

It’s been my privilege and my education to work with Scottish Natural Heritage over the past couple of years on two connected projects very close to my heart. SNH has been one of the most committed and enthusiastic public bodies in Scotland in implementing a Gaelic policy, employing a Gaelic officer and carrying out a wide-ranging programme of Gaelic-related projects and activities. I first met Becky Shaw and Pete Moore from SNH on one of these activities – a Gaelic foraging day in the company of broadcaster and writer Ruairidh MacLean and Mark Williams from Galloway Wild Foods. I can lay claim from that day to coining the word ‘rùrachd’ for foraging, but the day was also reinforcement for me of the importance of the relationship between people and the land, and how words and names can illustrate that connection.

A year went past and we were in the throes of preparing for the Royal National Mòd, Gaeldom’s premier cultural festival taking place in Dunoon in 2018. As part of this, I was so delighted to be commissioned by Pete and Becky at SNH and by An Comunn Gàidhealach to create ‘Cluaidh – Ùrachadh na h-Aibhe’ (A River Recovery), a night of music and song celebrating the natural and built environments, the language and the culture of the river Clyde. I had a palate to play with that stretched from city to sea, celebrating the rich local dialect still spoken by a tiny number of committed souls; revelling in the seafaring and shipbuilding history that connected the river to the west coast; and working with young Gaelic speakers on either side of the firth. Above all, we celebrated the unique aspects of the Clyde’s natural heritage – the redshanks of the estuary, the salmon now swimming towards the upper reaches, the coralline Maerl beds off Arran and the eponymous whitebeams in the island’s north end, and the great bird colonies of Ailsa Craig marking the boundary from firth to ocean. A glorious experience altogether.

Back in 2013, I spent a year as musician-in-residence at Sabhal Mòr Ostaig, the Gaelic College in Skye, where I was given free hand to develop my own practice and projects. During this time I reflected on Gaels’ deep-seated need to sing in praise of or longing for their homeland, and it dawned on me that as a ‘townie’ Gael I should be singing as much about the city as I did about my parents’ native islands of Skye and Tiree. I set about researching songs of the Glasgow Gael – native and arrival alike – and several of these songs were to form my second solo album, ‘Glaschu – Hometown Love Song’. As ever, what brought the songs to life for me were tangible connections in the present – to buildings, places, street and district names, people, pastimes and professions. In bringing the people and places of the songs alive, the songs themselves became witness to the city’s Gaelic story, inextricably linked with its wider history. 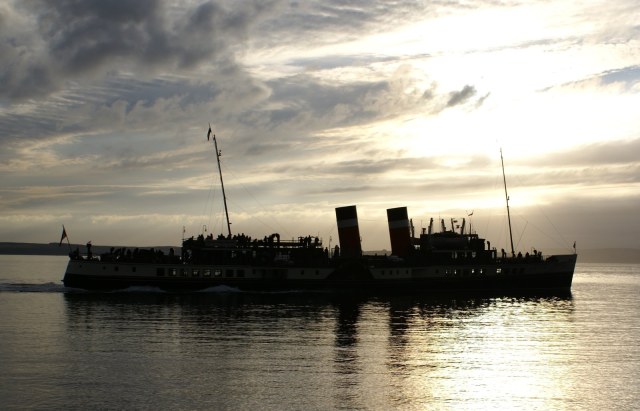 So when SNH came back to me in 2019 with a proposal to create a sequel to ‘Cluaidh’ marking the Mòd’s return to Glasgow after nearly thirty years, ‘cha b’ e ruith ach leum’ – I leapt at the chance.  We called it ‘Lorg Ghlaschu – In Search of the Dear Green Place’, ‘lorg’ having the dual meaning of ‘looking for’ and ‘footprint’. With the help of Dr Alasdair Whyte from the University of Glasgow, the place-names of my upbringing slowly revealed their original linguistic roots and the stories behind them.

The bus with the best name in town, Auchenshuggle, might well have ‘shoogled’ in its original tram incarnation, and there may well have been a Glasgow Corporation legend playing on that fact. But its Gaelic roots take us back to ‘Achadh an t-Seagail’, ‘the field of rye’. And even today, Augchenshuggle, in the Shettleston area of the East End, has its own public green space in the form of the Community Woods and Nature Park, nestling in a wee triangle next to the M74. It is much loved and used by the local community and was renamed a Commonwealth Woodland as part of the 2014 Commonwealth Games legacy in the city.

Bellahouston is one of the Southside’s contemporary green jewels, with the park playing host to major sporting events as well as being the home of Charles Rennie Mackintosh’s House for an Art Lover. But for me and older generations of Gaels, the name meant one of the few schools in the city where it was possible to study the language. Meeting the name again during ‘Lorg Ghlaschu’ however, taught me a valuable lesson in the fluidity of language and how communities take ownership of a new location.

Most Gaels would venture that Bella Houston was ‘Baile Ùisdein’ – ‘Hugh’s township’, or even ‘Baile Cheusadain’ – ‘the township of the crucifix’. But Alasdair and his colleagues peeled off another couple of layers, with ‘bella’ most likely referring not to a township but a ‘bealach’, a natural pass between two places (think of the famous Bealach na Bà – Cattle Pass – road to Applecross). In today’s terms that ‘bealach’ would be Paisley Road West. And rather than referring to a person, the ‘houston’ was most likely the Há-stein, a standing stone marked in OS maps right up to the end of the 19th century, although it has long since disappeared from its location near the sports centre. Some genealogy hunters also quote a place known as Standing Stone, Bellahouston in the mid-19th century, so this ‘stein’ could have come to be associated with a farmstead on the great route between Paisley and Glasgow.

Being associated with the school and Gaelic, and having had such a Gàidhealach interpretation of the name, I would probably have gone through life assuming that Ùisdean was the source, but this whole process has helped show me that as a place evolves, so does its community, and therefore its references and descriptions. A manifesto for inclusion and tolerance if ever I saw one!

Partick, that other great Glasgow Gaelic heartland, turned out to have green Gaelic and pre-Gaelic roots that drew a very different picture from the forest of high tenements where the language was and is heard daily on its streets and in its closes. Pearraig, as it was called in the 19th C, comes from the word for a little copse or thicket, and is related to other placenames such as Perth. A wee weigie Gael with ants in his pants might have been described then as ‘cho lùthmhor ri Muileann Phearraig’ – ‘as nimble as Partick Mill’.

Possibly the happiest discovery for me was that my own Southsider turf was likewise rooted in nature. The ‘Pollok’ of the shields (bothies), the shaws (groves) and the great country park had a Gaelic source. The ‘pollag’ (little stream-place) is thought to be the Auldhouse Burn, which joins the White Cart Water at Pollokshaws. It puts a big smile on my face to think that, when I look at a picture of my multilingual class of five-year-olds grinning in the playground, we were in a school whose name had roots in my mother tongue. 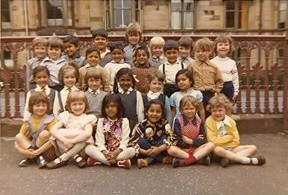 A turn around the subway to Cowcaddens made sense of another obscure, unique Glasgow name on learning that what once stood there was a stand of hazel trees – calltainn. We used our time around there during the project to explore another contemporary public green place, the Hamiltonhill Clay Pits and Local Nature Reserve, home to waterfowl and roe deer, and to wander along the banks of the Forth and Clyde Canal with its encroaching wildlife and high-up views across Glasgow and beyond.

And when at last we needed a finale, an overview, a panorama, where better than Cathkin Braes on the southernmost border of the City of Glasgow – the highest point within Glasgow’s boundaries, and an unrivalled view across the whole city. A place itself of marsh, heath, scrub, grassland, hedgerows and woodlands, it offers – on a good day – views of the Campsie Hills to the north, Gleniffer Braes to the west, further north even, to Ben Lomond and Ben Ledi and as far west as Goatfell on the Isle of Arran.

This vista showed us how, within those city limits, the natural world revealed through Glasgow’s placenames was still very much to be seen, between her rivers and watercourses, and her green places. Standing there up on the hill, with the sounds of hawks and jays around us, it was apparent how very green the Dear Green Place still is.

Cathkin. An obscure placename – or to be honest too, a dry cleaning company – for me til then. But the researchers had done their work. The ‘Brae’ was easy, sharing its Gàidhlig ‘bràighe’ and Scots ‘brae’ for hillside. But Cathkin itself had been traced back to Gaelic roots, to ‘coitcheann’ or Common Ground. It was perfect. A concept still embraced today by crofting communities in the Highlands and Islands through their common grazings. A green space open to and used by the people. And the point from which we could look out over the city and recognise that our search was complete. The Dear Green Place was to be found throughout the city. And it belongs to everyone.

Mary Ann would like to thank Dr Alasdair Whyte and Dr Katherine Forsyth for their unstinting support and advice throughout the making of ‘Lorg Ghlaschu’.

You can find more information on the ‘Lorg Ghlaschu – In Search of the Dear Green Place’ project here.at http://watercolourmusic.co.uk/Projects/Lorg%20Ghlaschu/index.html