Today is International Day of Women & Girls in Science – a day declared by the UN to bring attention to the fact that less than 30 percent of researchers worldwide are women. Biases and gender stereotypes are still steering many girls away from careers in science. But here are at Scottish Natural Heritage, we’re bursting with wonderful role models – and we’d like to introduce you to some of them and tell you what inspires them and what they love about their jobs.

Lucy has studied birds from the Antarctica to the tropics. Photo by John Dickens

Dr Lucy Quinn
As a marine ornithologist, I have travelled the world studying seabirds from the bleak Arctic Circle in Iceland down to the icy cold sub-Antarctica, to the humid tropics, and various places in-between. I’m now so excited to be working back in Scotland, which has some of the best seabird colonies in the world.

My first seabird job was working on the Isle of May for the Centre for Ecology and Hydrology. Being immersed in a seabird colony, living alongside nature, was a real privilege. In the midst of seabirds continues to be where I feel most happy. To try to understand the natural world around us, you really do need to get out there and live in the midst of it!

What I love about my job with SNH is that the work aims to make a positive difference for marine birds in Scotland, and I get to work alongside other dedicated scientists. I would encourage future scientists to get the most out of sharing ideas and collaborate with others where possible. And when it comes to thinking about what you want to do, remember there are no limitations in the jobs you can go for. Surround yourself with positive people and never stop learning. It’s also important to have good mentors around for advice. Above all, it’s about never giving up when you want to achieve something and keeping continued passion for your subject, even though at times it can seem tough. Remember that, as individuals, our own small actions can collectively make a huge difference. 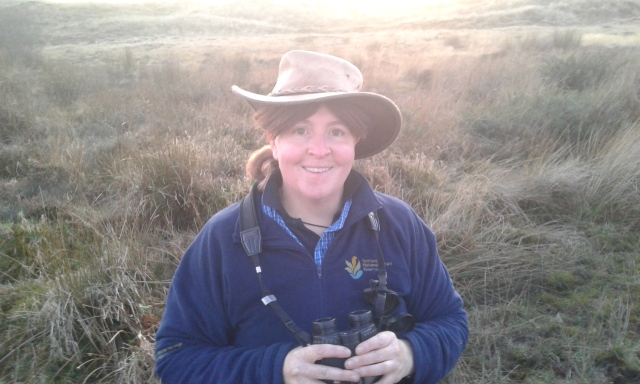 Catriona has worked as a nature reserve manager for about 20 years.

Catriona Reid
I’m the manager for Muir of Dinnet National Nature Reserve. Birds were what got me interested in nature in the first place. From there, it’s only a short hop to doing science; science can explain or tell you more about so many of the things I was interested in.

The world is so complex, so infinitely varied and beautiful, it still leaves me breathless. I knew from a fairly young age I wanted to work outdoors in nature conservation (it was that or astronaut, but they need you to be better with numbers than I am, in case you miss the moon), and I am lucky that I have been able to do that for most of the past 20 years.

Managing a nature reserve is a very varied job and, nowadays, I’m as likely to be found with a chainsaw as a clipboard. But science underpins all of our work here. While we might spend a lot of our time carrying out practical management, it’s the science that informs it: what species do we have? Are the declining? If they are, what’s causing it? What can we do to reverse this? Only through good, sound science can we make informed decisions on managing the reserve – or, on a wider scale, the planet. 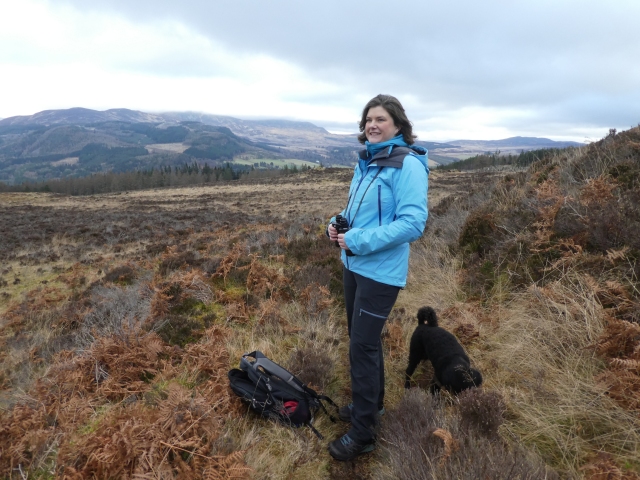 Karen Rentoul is an operations officer in the beautiful Scottish Borders.

Karen Rentoul
For me, it all started as a small child going on family camping, cycling and walking holidays fuelled by Creamola Foam, darting about the countryside and becoming interested in nature.  This led to joining the RSPB Young Ornithologist Club, helping the neighbouring sheep farmer herd and manage sheep in the pens, and walking up Ben Nevis at age nine. All of this inspired me to be interested in the natural world and how it works.  After school, I went to university focussing on environmental biology, with my Honours degree (BSc (Hons)) looking at the genetics of giant hogweed in different river catchments. I then went on to do a Master’s degree (MSc) in environmental protection and management.

My work for SNH is as an operations officer based in the Scottish Borders. My job involves helping farmers apply for environmental funding, and advising on managing and monitoring of designated sites, among other things. But the best part of my job is being on the board of the South of Scotland Golden Eagle Project, a partnership aiming to reinforce the population of golden eagles in Southern Scotland. It is a wonderful project to be a part of: the most exciting a day for me was at the release site, where we were adding to the food supplies left out on the hill for recently released birds, while they are practicing their hunting techniques. We saw two of the birds in the distance: after a while they took off and passed us, giving us the most spectacular view. I don’t think I will ever forget that experience.

Lesley with volunteers on the Isle of Rum.

Lesley Watt
My job is Reserve Manager for Rum National Nature Reserve where I’m responsible for the day-to-day running of the NNR.

One of the best things about my job is working close to nature and the outdoors. I lead on a whole range of tasks from monitoring and research of important species to habitat management and planning and overseeing work on paths.

I love that there is great variety and problem solving in my job and that I get to work with many talented people who I’m constantly learning from. I also love a challenge which definitely helps when you live on a small Scottish island!

I wanted to work in ecology and conservation for as long as I can remember, and it’s thanks to a particularly passionate high school biology teacher that I pursued this. She inspired and encouraged me to achieve a career in an area I love and for that I will always be grateful.

Abi in a beautiful landscape!

Abi Gardner
My fascination for learning how landscapes are formed led me to study geography, and later, ecosystem services. However, as time goes on, it’s a growing sense of duty and responsibility that has steered me to working on how human impacts affect the natural world.

Counting monkeys in the Costa Rican jungle, recording deer grazing while climbing Scotland’s Munros, and holding workshops with coastal residents are just some of the work I’ve experienced in my career so far.

With the climate emergency and biodiversity loss taking centre stage politically, it’s more important than ever that scientific research done is effectively and accurately communicated. I’m now part of SNH’s placemaking team, and I work to encourage planners and developers to include more nature-based solutions in their developments, ensuring we design more resilient places for people and nature.