Posted on November 5, 2019 by NatureScot

According to UK charity Plantlife, Britain has lost 97% of its species-rich grassland in less than a century. Hundreds of plants, fungi and invertebrate species rely on these important habitats – which in turn support healthy populations of birds and mammals. This is why Apithanny Bourne, who is on a graduate placement with us, will be spending the next year attempting to evaluate the best method to locate and map remaining fragments of grassland…

My background is in entomology and I’m drawn to meadows for their rich diversity of insect life. Species such as the northern brown argus butterfly (Aricia artaxerxes) and the scabious mining bee (Andrena marginata) are specialists of grassland habitats, where they and others have developed interesting relationships with certain plants. Unfortunately, as our landscape becomes increasingly dominated by monoculture, species-rich grasslands are often restricted to small pockets of land – typically field corners and steep slopes, not easily accessible to farm machinery. Grassland types can also be difficult to identify when not in flower, meaning they are easily lost to forestry plantations and incorrect grazing regimes. Society has become so accustomed to the intensive nature of farming that whilst the felling of woodland might spark an outcry, the fertilising of grassland is a normal occurrence.  We haven’t noticed the steady disappearance of important grasslands from our landscape.

Scabious in our Battleby meadow

My project will initially involve a period of data collation – only around half of Scotland has been surveyed for species-rich grassland, so there are a lot of gaps to fill! Using contacts in the NGO sector and the knowledge of individual botanists, as much additional information as possible will be gathered. Satellite technology and automated classification using GIS software will then be used to identify potential SRG sites. By working in collaboration with the Cairngorms National Park, it will be possible to perform a pilot in an area such as Deeside, with potential polygons ground truthed by an ecological consultant. Data will be integrated into the Habitat Map of Scotland and the feasibility of using this method over a larger area will be evaluated.

I’m really interested in engaging the public with insects and wild plants – so I’d also like to explore a citizen science approach to recording grasslands. I hope to collaborate with an NGO such as Plantlife to find out whether trained volunteers could be used to monitor the sites for a more sustainable, long term approach. A web page or app into which the public can enter grassland data may also prove useful in the future. There are many natural history groups across Scotland and harnessing the power of social media may assist us in locating important undesignated grasslands. 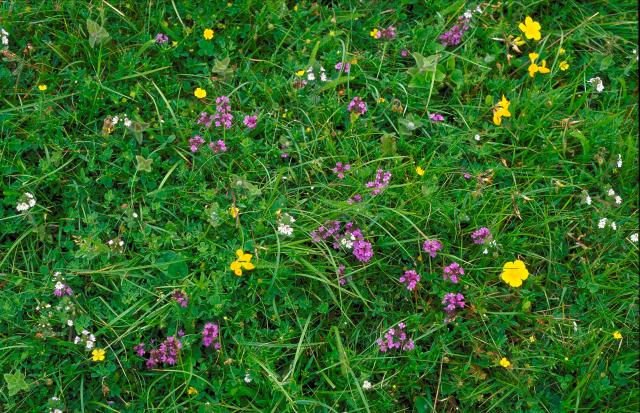 Next year I hope to spend more time out in the field, but in the meantime I am based at SNH’s Battleby office, and I’m  happy to chat more about my work (apithanny.bourne@nature.scot). Thanks for reading!