Autumn, with its depth of colour and light, is a fantastic season to get out and explore our mountains, forests and coasts, especially if you’re looking for ideas to get the kids active during the school break.

Scotland’s wonderful National Nature Reserves are a great place to start. With fantastic opportunities to get away from it all and connect with nature, whether you’re looking for a short stroll, an adventurous day out or simply want to sit and watch the local wildlife go by, they never fail to impress.

Here are 10 top nature experiences for autumn and where you can enjoy them across Scotland.

1. Hear the Monarch of the Glen roar

The roar of red deer stags across a Highland glen is one of the most evocative sounds of the season and hearing it for yourself is an experience not to be missed. The red deer is Scotland’s largest land mammal and stags can be seen and heard roaring from late September onwards on nature reserves from Ben Wyvis in the north to Cairnsmore in the south, and from Mar Lodge Estate in the east to Beinn Eighe in the west. For a really special experience, take a walk out to Kilmory Bay to watch rutting stags on the coastal grasslands on the Isle of Rum. 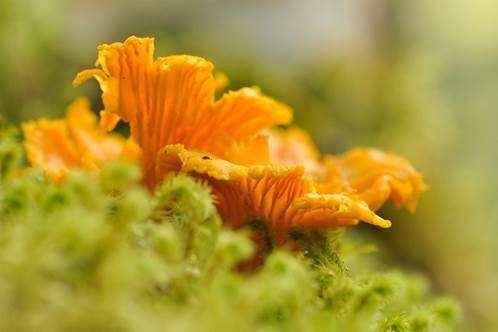 With autumn comes cooler nights and frequent showers, making it the best time of year for fungi to thrive. See how many different colours of mushrooms you can spot as you wander through the woods. Many nature reserves hold fungi forays during the season at locations including Muir of Dinnet in Royal Deeside and Beinn Eighe in Wester Ross. Or explore Glen Affric, regarded by many as Scotland’s most beautiful glen, with its stunning lochs, mountains and Caledonian forest – a wonderful mix of pine, birch and oak. The area is golden brown in autumn with the ochres, oranges and yellows of the birch and aspen leaves. Fungi, such as huge penny-buns, golden chanterelles and bright red fly-agarics, appear like magic overnight in the damp woodlands. Learn more with SNH’s guide to Scottish fungi.

At this time of the year Scotland’s west coast temperate rain forest transforms with the vibrant hues of russets, reds and ochres of oak, birch, willow and alder. Bracken and ferns add muted hues of brown and gold to create a feast for the eyes. Enjoy a scenic walk at Taynish in Argyll, Ariundle Oakwood on the Sunart Peninsula or The Great Trossachs Forest in Loch Lomond & The Trossachs National Park. Explore Scotland’s oldest and richest forest of oak, ash, rowan and hazel hidden in the dramatic gorges of the Clyde Valley Woodlands or visit the ancient, gnarled Cadzow oaks near Chatelherault.

4. A gaggle of geese 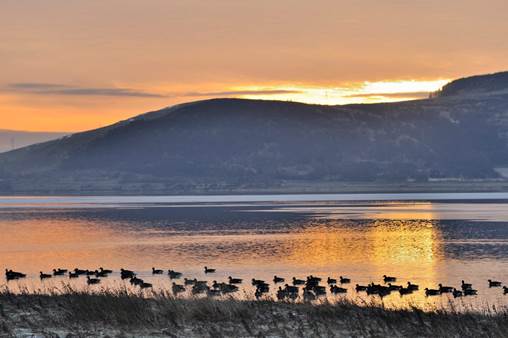 Rise and shine to experience the dawn flypast of thousands of geese returning from their breeding grounds in the Arctic. Huge numbers of barnacle geese from Svalbard are a highlight in October as they arrive at Caerlaverock on the Solway Firth. Or you can explore the wonderful Loch Leven Heritage Trail on foot or by bike, which encircles Loch Leven National Nature Reserve. Stop by one of the many hides and listen out for the distinctive “wink-wink” call of the pink-footed goose. Visit early in the morning to see the spectacle of huge flocks heading off to feed or in the evening when they return to roost.

5. A feast of nuts and berries 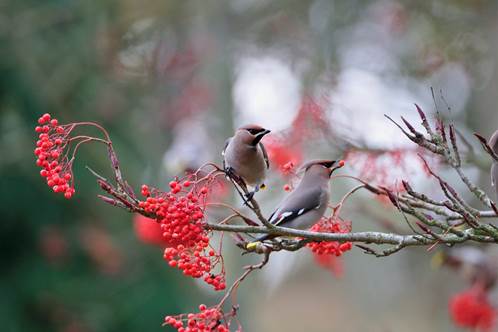 In autumn the rowan trees at Creag Meagaidh will be laden with vibrant red berries – look out for migrant thrushes such as fieldfares and redwings, or even waxwings newly arrived from Scandinavia. There may also be locally-breeding ring ouzels filling up before they migrate south to the mountains of North Africa for the winter. Walk a trail in the Glasdrum or Glen Nant woodlands further west which will be dotted with the bright red of holly berries, and the yellows and browns of hazelnuts and acorns as they ripen.

Scotland’s mountain landscapes are amongst the most scenic in the world, whether you want to photograph the view from the roadside or have the itch to embark on a challenging hike. Short trails and a visitor centre at Knockan Crag provide a spectacular panorama of Assynt’s hills, while Craigellachie offers one of the best views of the Cairngorms National Park. For keen walkers it’s hard to beat the glaciated, ice sculpted landscapes of Glen Coe near Fort William in the west, or Corrie Fee in the Angus Glens further east. You might even spot a ptarmigan or a mountain hare changing colour from summer grey to winter white as the hills are dusted with their first sprinkling of snow.

Scotland has a long and incredibly varied coastline, which you can celebrate as part of our  Year of Coasts & Waters 2020. From wide sandy beaches to towering sea cliffs, this diverse coast supports amazing wildlife and is great for exploring during autumn when gales can drive huge waves ashore, making reserves, such as Hermaness on Shetland, exhilarating places to appreciate the power of nature. If you’re really lucky you might even see whales like orca from Noss on Shetland, or a humpback from St Cyrus or Forvie on Aberdeenshire’s east coast. 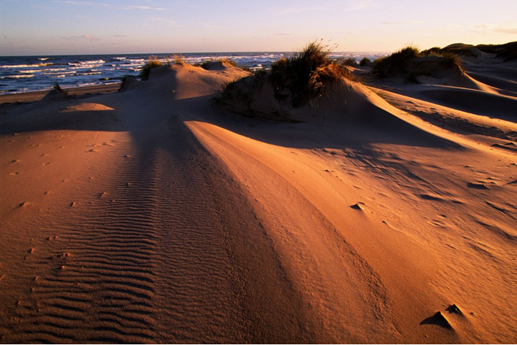 Scotland’s estuaries come alive in the autumn as summer birds get ready to leave and winter birds arrive. Look out for vast wheeling flocks of waders, like knot, which have returned from their Arctic breeding grounds. Listen for the evocative whistling call of wigeon as they start to arrive in big numbers from their Russian wintering areas. Visit bird hides at Loch Fleet on the North Coast 500, at Forvie on the Ythan Estuary (where you’ll also find a half-buried 12th century church ruin and large numbers of basking seals) and at St Cyrus at the mouth of the River North Esk.

Who could resist watching red squirrels preparing for winter, hiding food in scattered places to prevent it being pinched by other animals? In autumn these charismatic characters also grow their bushy winter coat ready for the cold nights ahead. The woodlands of Muir of Dinnet on Royal Deeside are home to red squirrels while at Tentsmuir on the Fife coast, visitors to the squirrel hide at Morton Lochs have an excellent chance of seeing and photographing their antics.

10. The last days of summer

Take a walk in grassland or through woodland clearings at Glasdrum or Beinn Eighe and look out for the last flight of the Scotch argus, a local specialist with the ability to survive cooler temperatures than other butterflies. Elsewhere butterflies such as peacocks, red admirals and small tortoiseshells will be feeding up before hibernating over the winter in cool sheds and outbuildings in places as far flung as the Isle of May in the Firth of Forth.

These are just a few of the wildlife treats in store this autumn, find out about some of Scotland’s key species in this wildlife calendar. Pick up some ideas on what to do with the kids in Visit Scotland’s autumn breaks in Scotland guide, or why not become a leaf peeper in our colourful woodlands?