Getting close to biodiversity at Flanders Moss National Nature Reserve 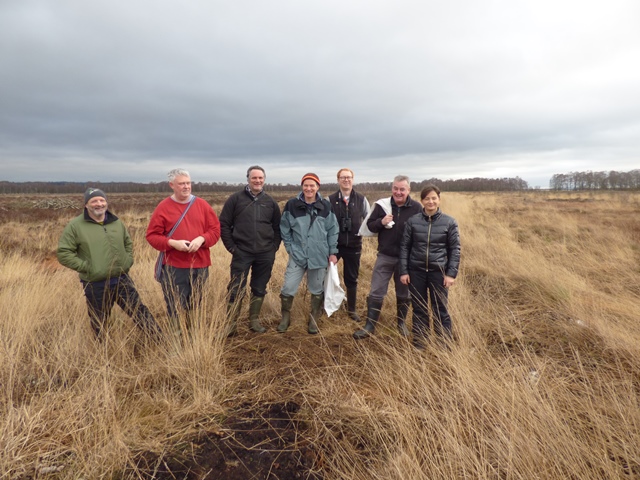 On 21st February the Biodiversity Strategy Team spent a few hours catching up on a little biodiversity at Flanders Moss National Nature Reserve (NNR) near Stirling.  When we meet up it is usually around a table, but this was a different sort of meeting altogether.  For a start it was outdoors and it involved not just the “usual suspects”, but  listening to Dave Pickett, the Reserve Manager, answer all sorts of questions.

“Where did the thousands of tonnes of peat go that used to surround the NNR and which are now green fields?  Into the Forth Estuary having been stripped off and been dumped into the River Forth many decades ago.”  Can you believe that even a water wheel was used in the early days to power the peat removal?  I guess that peat is still out there somewhere, possibly lying off Edinburgh? “Are there deer? Yes, lots, a particular challenge for lowland deer managers when there are lots of people.”  “Why the sheep?  To help control woodland regeneration while the bog surface is still recovering.” 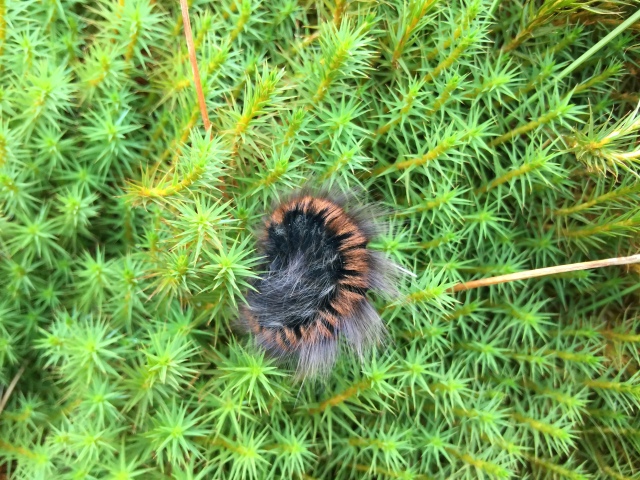 Trees and non-native shrubs have been removed in large numbers  at Flanders Moss and drains having been dammed, including recent work near the public entrance by the EcoCo LIFE Peatland Project. The water table in the area we visited is at ground level with surface pools in many places.  There are not many lowland raised bogs left in Scotland and of those which I have visited, I can testify from first-hand experience, that this definitely one is the wettest! 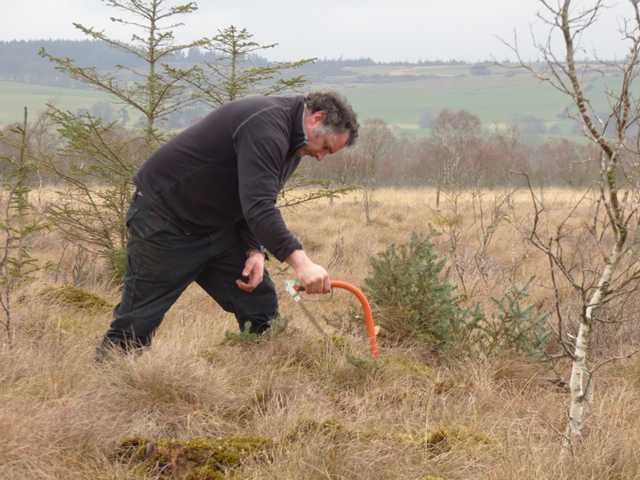 As well as finding out about the NNR, we helped remove some of the Sitka spruce trees which have been cropping up on the peat.  Armed with saws and loppers we cut down a good few dozen – every little bit helps!  And there was biodiversity present on the day – a pale grey hen harrier quartering the mire, abundant bog-cranberry and a fox moth caterpillar making the most of one of the warmest February days in Scottish history!

Absolutely amazing to visit a protected area in a state of gradual improvement. If you haven’t been you should visit!  You don’t need to get wet – there is a walkway and viewing platform. There is even a good café/ restaurant quite close to the entrance, so no excuses!