Back up for Ayr – #CycleForNature Leg 3

#CycleForNature Leg 3 was a relatively short journey for Francesca, completed over just three days. However, she still managed to cycle 150 miles, visit three SNH offices, take in two National Nature Reserves and catch up with a range of partners. There was one particularly deflating incident on the way to the Otter Pool, but otherwise, Francesca sums up Leg 3 as “another amazing experience”.

Leg three of #CycleForNature started with a sunny ride from Craigie in East Ayrshire to the SNH Ayr office. SNH has recently ‎moved premises in Ayr and is now co-located with SEPA, which benefits both organisations. 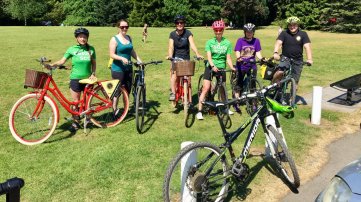 With our Active Travel Hub bikes 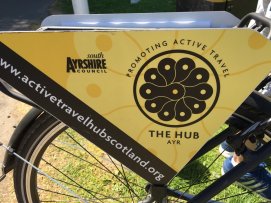 After a discussion with colleagues, we set off to Belleisle Park to meet Emily and Rory from the Ayrshire Active Travel Hub. The Hub works across Ayrshire to promote active travel, including working with businesses and providing skills and confidence courses for the public. We had an enjoyable hour cycling round Belleisle and Rozelle Parks seeing Ayr at its scenic best, chatting about the benefits of active travel as we went.

It was then off to Newton Stewart, via a very picturesque route through the Galloway Forest Park. I was joined by Paul Sutherland from the Newton Stewart office for part of the route. Paul was an excellent guide and witnessed the first #cyclefornature puncture as we headed for the Otter Pool. It was the day before World Otter Day, which was fitting, but we were a bit early in the evening to see any otters at the pool. 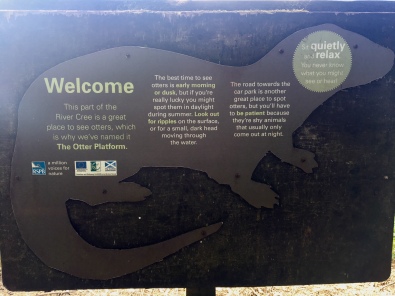 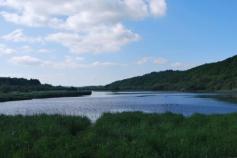 Francesca and Paul at the Otter Pool

Wednesday was another lovely sunny day. After a meeting with colleagues in the Newton Stewart office, also shared with SEPA, Paul and I, joined by Bruce McCleary from SEPA, set off to the Cairnsmore of Fleet National Nature Reserve. Lunch was outside in the beautiful surroundings of the NNR as we discussed promotion of NNRs and the involvement of the local community. 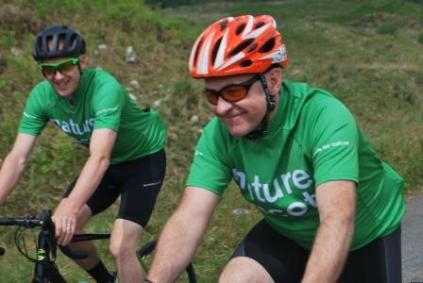 Bruce and Paul trying to keep up with Francesca

Bruce and Paul trying to keep up with Francesca

Next stop was the red kite feeding station at Laurieston, part of the Galloway Kite Trail. The kites were there in abundance and we had a pleasant half hour watching them and chatting with Ann, the owner of Bellymack Hill Farm, about how it had all come about and her plans for the future. 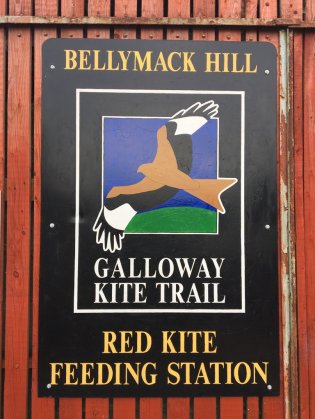 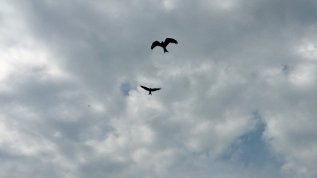 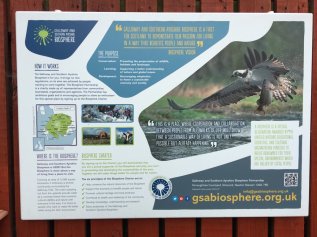 It was then a (mostly) downhill roll to New Galloway for a meeting with Jamie Ribbens of the Galloway Fisheries Trust, and McNabb Laurie of the Galloway Glens Landscape Partnership, about work that they’re doing with SNH to enhance local access to nature. We also discussed the major economic benefits that fishing provides to the area and how to capitalise on that. 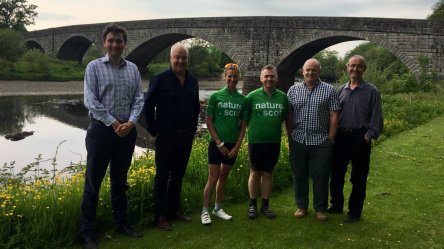 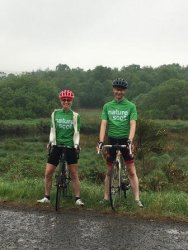 It was an unexpectedly damp start when Stuart Graham from the Dumfries office and I set out from New Galloway to Dumfries. On the way we passed the Milton Loch SSSI and Stuart pointed out notable features of the area. After a meeting in the Dumfries office (also co-located, this time with Forestry Commission Scotland), reserve officer Adam Murphy and I set off to cycle to the Caerlaverock NNR. Much of the route was on off road paths and it wasn’t long before we were out of town into the countryside. And very soon in the NNR: Caerlaverock is a very accessible NNR with upwards of 30,000 visitors per year. 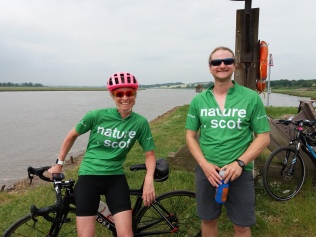 Francesca and Adam at Glencaple Pier 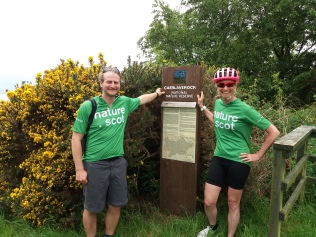 By now it was warm and dry, and almost sunny. ‎Adam and I were joined by reserve manager, Suzanne McIntyre. Adam and Suzanne pointed out the notable features of the merse (mudflats and saltmarsh), an important habitat for wintering and breeding birds. It was beautifully tranquil and I could have stayed all day listening to the birds and watching the water. But all to soon it was time to head back to Dumfries, the third leg of #CycleForNature complete.