As part of our ‘Marine’ themed month, a collaborative blog has been written by Adam Rose (SNH Operations Officer, Sutherland) and Becky Hewitt (University of Aberdeen). They tell us about Loch Fleet National Nature Reserve, with a particular emphasis on the upcoming pupping season, the harbour seals and current research into seal movements and behaviour. Pupping season for Loch Fleet National Nature Reserve’s resident harbour seal population is fast approaching and runs from the end of May through to the beginning of August. The University of Aberdeen’s Lighthouse Field Station have a long-term harbour seal study at Loch Fleet, which is now entering its thirteenth year. Daily photo-identification surveys are undertaken by a dedicated team throughout the pupping season. In 2017, 51 pups were seen with their well-known mums at Loch Fleet. 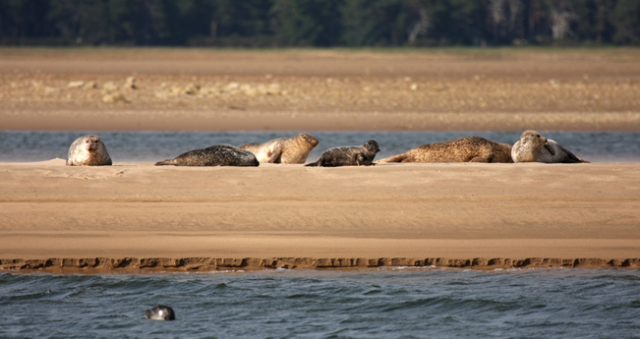 To track seal movements and identify possible foraging areas and contribute to their conservation, the University of Aberdeen in collaboration with the Sea Mammal Research Group (SMRU) at the University of St Andrews GPS tagged seals at Loch Fleet. Four of the more adventurous seals travelled as far as the Kyle of Tongue and Orkney.  From photographs we know these seals have returned to Loch Fleet, making impressive return journeys of over 300km. View the Field Stations’ blog  for regular updates from Loch Fleet and their other marine mammal research. 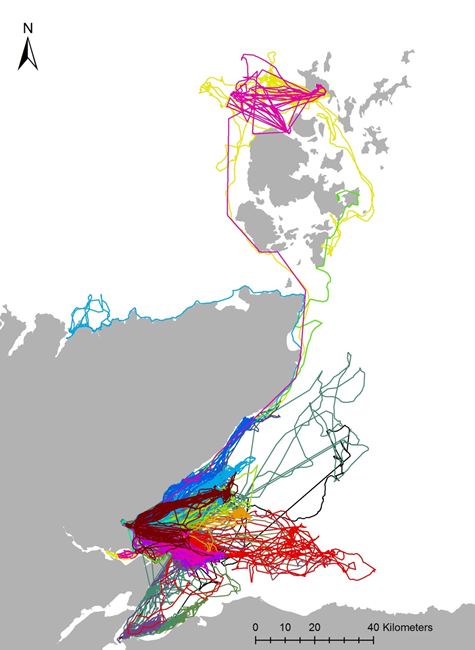 At low tide, Loch Fleet NNR’s harbour seals are one of the many visitor highlights.  The seal watch-point, on the south side of the loch with its purpose built extended layby and interpretative information, can be enjoyed at any time and affords visitors with panoramic views across Loch Fleet.  It provides one of the most accessible and best views of seals in Sutherland. 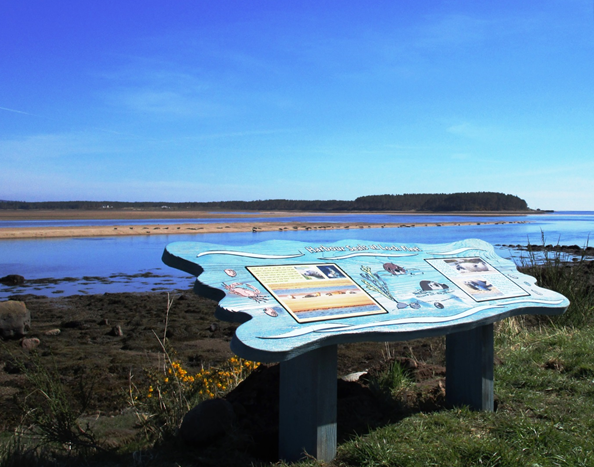 The seal watch-point at Loch Fleet NNR provides both engaging information about harbour seals, and spectacular views of the reserve © SNH.

Extra care should be taken during the sensitive pupping season as they can be easily disturbed by people or free-running dogs on the foreshore. When visiting Loch Fleet or anywhere in the Scotland’s wider marine environment, please remember to follow the Scottish Marine Wildlife Watching Code. Animals will decide how close they want you to be: seals raising their heads, looking around and actively moving towards the water in response to you or your dog’s presence are the first signs of disturbance – please move away promptly. This also applies to drone operators – we ask that you remain mindful of any possible disturbance to wildlife and other visitors to the reserve. 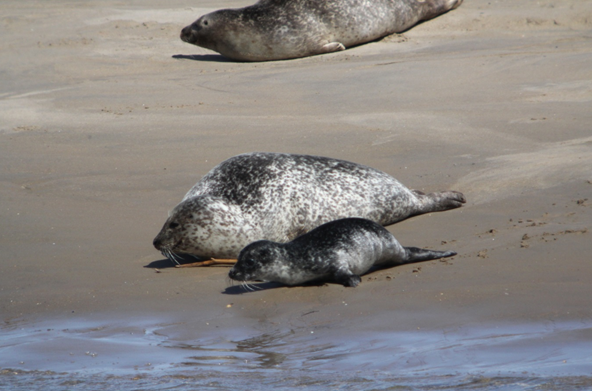 During the summer months, Loch Fleet is also home to flocks of Eider and Shelduck using the Fleet basin for feeding and raising young. Ospreys, another of the wildlife highlights on the reserve, regularly use Loch Fleet’s extensive tidal basin for foraging and can be seen swooping down to catch fish in the channel of the River Fleet.

Find out more by checking out the blog; Loch Fleet National Nature Reserve, and plan your visit.