Volunteer citizen scientists make an important contribution to marine conservation in Scotland. One organisation that works with volunteers and which we are pleased to support is the Hebridean Whale & Dolphin Trust. As our focus is on marine work this month we asked HWDT Director, Alison Lomax, to tell us about their research vessel, the Silurian. 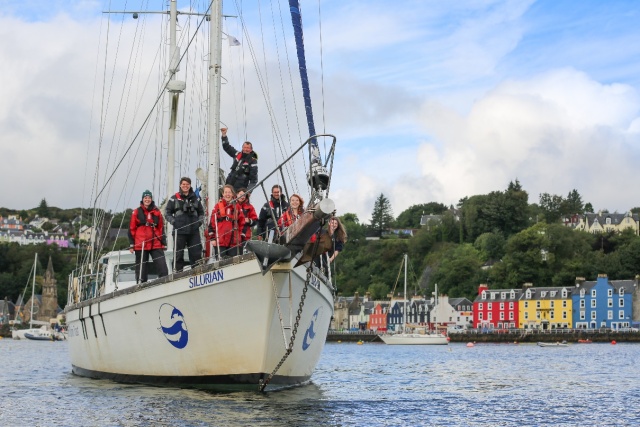 The HWDT team on board Silurian in Tobermory Bay, August 2017

At the Hebridean Whale and Dolphin Trust we think the Hebrides are a pretty special place. This unique archipelago of islands contains a huge diversity of species and habitats. The area is a global hotspot for harbour porpoise and home to internationally protected species including minke whales, bottlenose dolphins and killer whales.

Minke whales photographed from the crow’s nest on Silurian in the Sea of the Hebrides, 04.07.2017

From our headquarters on the Isle of Mull, HWDT carries out dedicated cetacean monitoring surveys from a specialist research vessel, named Silurian. Thanks to support from Scottish Natural Heritage this vital long-term data collection project is now in its 16th year. The data collected is used to inform conservation measures and protected areas – including the designation of Europe’s second largest protected area for harbour porpoise in the Inner Hebrides and the Minch.

Silurian surveys the whole west coast of Scotland, aiming not to repeat the same route twice, in order to provide a wide scale assessment of cetacean distribution and population size. By surveying across a wide variety of fine scale environmental variables, (i.e. sea temperature, slope, depth, tidal flow, salinity, etc.) both visually and acoustically, we are able to answer questions of habitat preference, site usage, and through our photo identification work, animal behaviour. 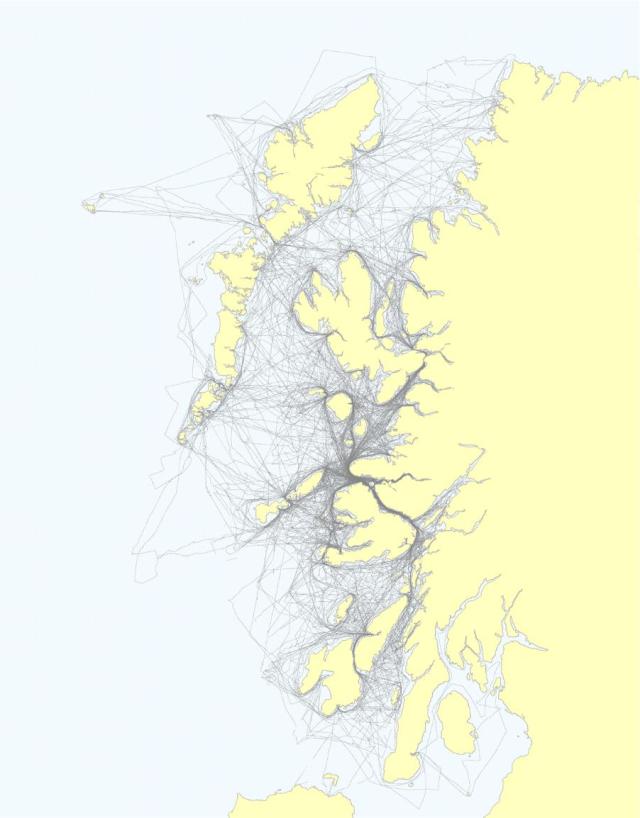 On board Silurian it is trained volunteers who collect the data. Collectively HWDT volunteers have created one of the largest datasets available for Scottish waters, consisting of 6,000 hours (250 continuous days) of underwater sound recordings, and over 30,000 animal records. 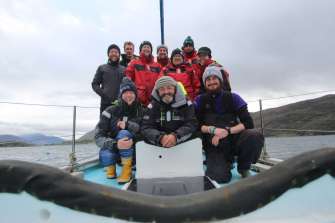 HWDT crew on board Silurian still smiling in the rain. September 2017

2017 marked a significant milestone for the project when Silurian surpassed 100,000 km of monitoring effort in the Hebrides – the equivalent of sailing two and a half times round the world in search of cetaceans. It was also a record breaking year for common dolphin sightings, with an amazing 24% more sightings of these dolphins recorded, against the previous year’s already record-breaking figures.

This summer is set to be just as exciting as we embark on expeditions to study the health of whales in the Hebrides using pioneering laser photography. The technique will measure the length of the animals – helping to determine numbers of young whales – assess body conditions for parasites such as sea lice, and classify marks and scars from interactions with marine plastic and fishing gear.

Minke whale investigating Silurian in the Sea of the Hebrides, 04.07.2017

Silurian surveys run for periods of one to two weeks from between April and October, and depart from the Isle of Mull, Isle of Skye and Ullapool. Find out how to get on board here or contact us on volunteercoordinator@hwdt.org or 01688 302620.