Unlocking the secrets of connectivity in our seas

In partnership with Heriot-Watt University we’ve been exploring the genetic connectivity of selected horse mussel beds. The results of this work will help to inform our advice on management of Scotland’s Marine Protected Areas (MPA) network and understanding of the implications of climate change on horse mussel population viability. John Baxter, our Marine Principle Advisor, explains the significance of the report published today.

Populations of species do not live in isolation.  They are interconnected, with some places acting principally as sources of recruits and contributing to future generations, with others serving as sinks, receiving recruits from these other areas.

Most populations are likely not self-sustaining and rely on their connectivity with ‘neighbouring’ populations.   Genetic diversity within a population of any species is a strength, and a key requirement for its long-term survival. 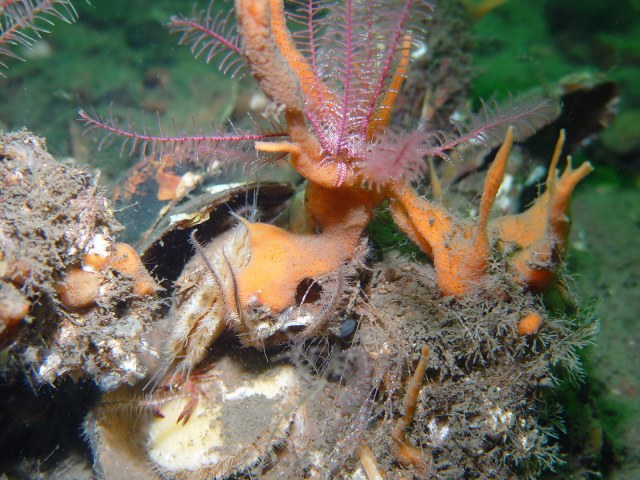 With mobile species this is achieved through immigration and emigration of individuals contributing to the gene poll.  But for less mobile marine species and those living attached to the seafloor this is not an option and it is only by larval dispersal that genetic mixing between ‘distant’ populations can be achieved.

Intuitively, it might be expected that adjacent populations exchange larvae which then settle, grow and mature, thus ensuring genetic mixing. However, it would seem that this is not necessarily the case.  With advances in the use of genetic microsatellite markers it is becoming ever easier to determine the scale of genetic differentiation, genetic structure, genetic migration rates, and the genetic diversity of different populations. 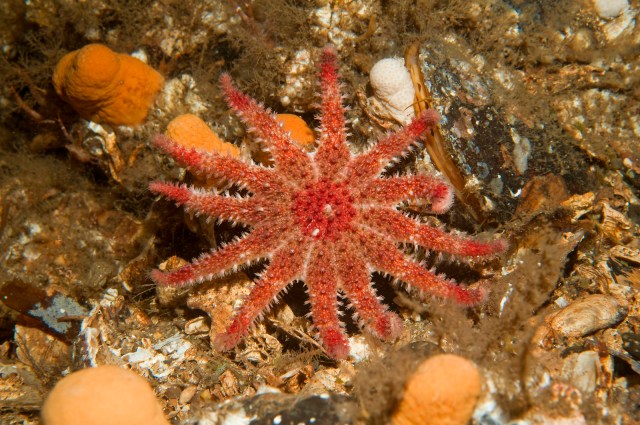 In the report published today results of the genetic analysis of a number of horse mussel beds on the west and north-east coasts, Orkney, and Shetland reveal a complicated and not altogether intuitive picture of genetic similarity.  Whilst there is a high degree of genetic connectivity between some west coast populations and some Shetland populations, and between Shetland and north-east Scotland, there appears to be less connectivity between populations that occur much closer together.

Genetic connectivity is, however, only part of the picture, and larval behaviour is also an important consideration. Given that horse mussel larvae are estimated to spend around 34 to 56 days in the plankton, it is clear that the apparent connections between some populations cannot be the result of direct larval exchange.  It suggests that there must be other unsampled, or even as yet undiscovered horse mussel beds that act as stepping stones in the interconnected network of populations. 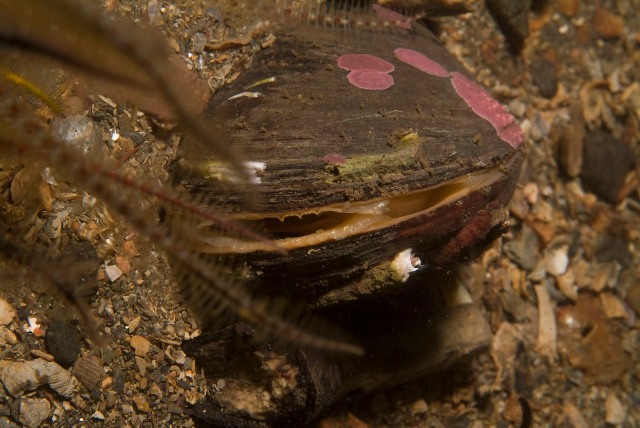 A close-up of a horse mussel in shelly gravel with brittlestar, (C) Gram Saunders, Marine Scotland

As well as establishing the scale of genetic connectivity it is also important to explore the potential forces involved in the physical connectivity between populations, in other words how larvae get from a source population to a sink population. This is being helped by increasingly sophisticated hydrodynamic models which can simulate the movements of the water and what it holds, and our growing knowledge of larval biology. Ultimately such advances will enable us to better understand the reliance of one population on another for its long-term survival.

This work will help to identify the true nature of the ecological coherence of Scotland’s MPA network and the capacity of the different MPAs to act as sources or sinks, and whether there are potentially critical pinch points or gaps in the network.  Protecting a well-connected network of populations, both within MPAs and the wider environment, is becoming increasingly important to ensure the resilience of populations in the face of climate change and other pressures.  As with any network it is only as strong as its weakest link, but until recently we have not been in a position to know where the weaknesses lie.