Things are gearing up for the John Muir Day celebrations which also marks the long-distance walking and cycling route’s fourth anniversary. Ewan McGill is the communications manager at the Central Scotland Green Network Trust (CSGNT), which manages the John Muir Way, one of Scotland’s Great Trails, and tells us more.

Saturday 21 April will mark the fourth anniversary of the opening of the John Muir Way. It would have also been the 180th birthday of the man who inspired this route which stretches 134 miles across the heartlands of central Scotland. Prior to the route’s launch, I wasn’t aware of the Scottish-born conservationist, John Muir – and I suspect I am not alone there.

It is surprising as Muir’s impact in America is so well known with its world-renowned national parks, the establishment of which was a product of Muir’s campaigning. So it is pleasing to see so many of the partner organisations we work with taking part in the John Muir Day celebrations, helping to raise the profile of this important Scot’s legacy and philosophy through the diverse landscapes and rich heritage of central Scotland.

A host of activities have been arranged across Scotland to mark John Muir Day, so here are my top five that you can enjoy as part of a visit to the John Muir Way:

1. Volunteer for a ‘Paddle Pickup’ on the John Muir Way 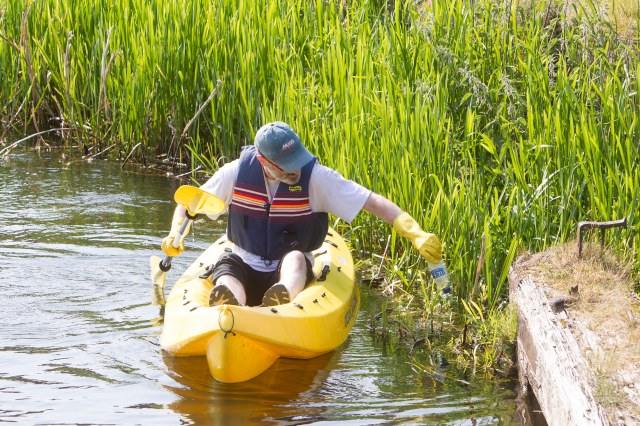 Ten volunteers are being sought to take to canoes to tackle litter floating in the canal. Organised by Sustrans and led by Scottish Canals and Scottish Waterways Trust, this water-based litter pick up on the Union Canal in Edinburgh will be held on Friday 20 April.

Young people can apply to take part through the Young Scot Active Rewards programme which is encouraging young people to be more active more often in the outdoors during the 2018 Year of Young People. For further information visit the website.

2. Join a trek to visit a fantasy drama castle

Those looking to get out and explore Scotland’s woodlands and shorelines are invited to join the Friends of Kinneil on their annual trek from the historic Kinneil House and Museum to Blackness Castle on Saturday 21 April. Blackness Castle has starred in the hit time-travel drama Outlander, standing in for Fort William. Places can be booked online.

Kinneil House will also hold an open day with costumed interpreters and entertainers on Sunday April 22 from 12 noon to 4pm, one of a series of open days here throughout the summer.

3. Make a bee-line for the John Muir Way 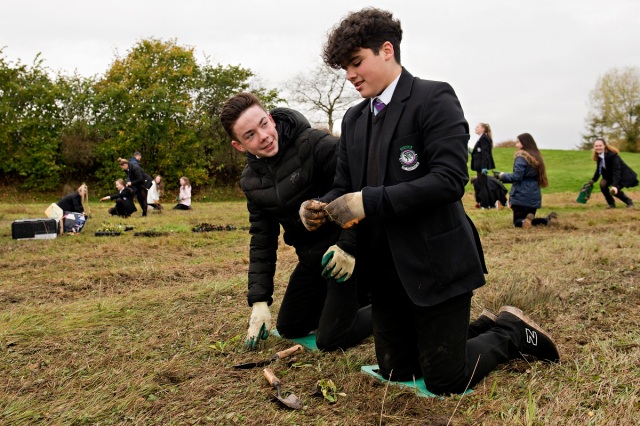 If you would like to help increase habitats for pollinators, Balgreen Community Garden is holding a spring clean and planting event on Thursday 19 April, 10.30am to 1pm. The garden forms part of the John Muir Pollinator Way project, aiming to create hundreds of mini-wildflower meadows that provide shelter and forage along the route for pollinating insects. Those interested can contact admin@waterofleith.org.uk or 0131 455 7367.

4. Snap up the opportunity to get closer to nature

Those hoping to capture the moment are in luck as Historic Environment Scotland is holding a wildlife photography for beginners class on the Saturday (21 April). The event from 4.30pm to 6.30pm must be booked in advance by calling 0131 652 8150 or emailing rangers@hes.scot.

5. Picture the landscapes that Muir enjoyed

John Muir’s Birthplace in Dunbar is celebrating Muir with an exhibition titled ‘Kindred Souls.’ The event, which is currently running, showcases the work of Muir’s close friend, William Keith, a respected Californian landscape painter. The John Muir Birthplace Trust can be found at www.jmbt.org.uk, on Facebook and Twitter.