A couple of weeks ago, as one his last engagements as SNH’s Area Manager for Forth, Andy Dorin had the pleasure of attending an event hosted by the Institute of Directors and our friends at SEPA. Andy tells us more.

“The recent Edinburgh launch of the Scottish Environment Business Awards, VIBES gave me a fantastic opportunity to meet with so many people from small and medium sized businesses interested in the  environment. SEPA’s charismatic director, Terry Ahearn, spoke compellingly about “One Planet Prosperity”, and how Scotland was currently using resources at a rate equivalent to three Planet Earths, while of course we actually live on just the one planet. Terry wasn’t arguing for a hair-shirt approach – far from it, but he did set out how progressive companies were moving beyond compliance to organisations that excelled in good resource management – supported by SEPA. Terry argued that as well as being essential for our survival on the planet, this made good business sense. Businesses need to distinguish themselves from their competitors and as customers and clients are become increasingly discerning, good environmental credentials can help win new markets, and save costs.”

The VIBES award celebrates businesses going the extra mile for the environment. Applications are open until 27 April and businesses can nominate themselves. This year’s categories are:

Speakers from two companies described how the environment was really important to their business.  The Glenmorangie Distillery, 2017 Vibes Hydro Nation Winner  based in Tain, is the home of the Glenmorangie Single Malt Scotch Whisky brand. The site distils, matures and produces this iconic product. Glenmorangie whisky is sold in 135 countries worldwide. Dr. Peter Nelson, Glenmorangie’s Operations Director, described  how the company had dramatically enhanced water quality and biodiversity within the Dornoch Firth through a combination of waste treatment process and regeneration of a historic oyster reef.  By installing an anaerobic digester system Glenmorangie has reduced the biological load discharge to sea by 95% and reduced the energy use of the distillery considerably.

The Oyster bed is designed to clean up the last 5% of the biological load and has been 10 years in the planning. Excitingly it will restore oysters to the Firth, a Special Area of Conservation. These are a species that had been lost to the area, having been fished to extinction in Victorian times.  The restoration of the reef will act as a large bio-filter and protect the shoreline close to the distillery buildings from potential global warming effects of higher seas. It will also create a natural reef which will further enhance the biodiversity of the Area. It’s an approach that could be extended more widely, including my patch of the Firth of Forth which has similarly lost its oyster fishery.  As well as being important for the environment Peter explained how he saw this approach as protecting the company’s assets, saving money and enhancing its environmental credibility. 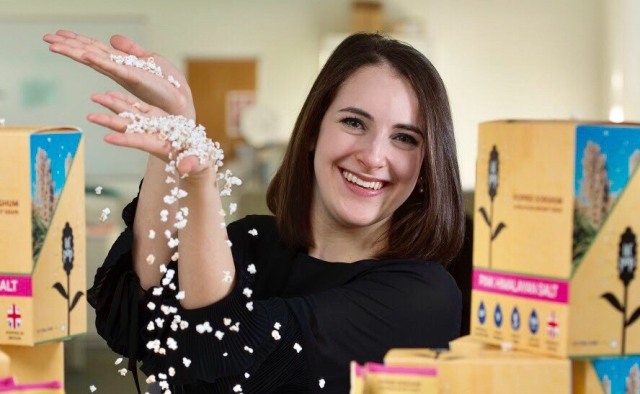 The second speaker was Sydney Chasin – founder of The Healthy Crop,  makers of the lil’POP snack and winner of the Scottish Edge competition for new entrepreneurs. Lil’POP is a tasty, healthy snack with a twist, made from sorghum grain in the UK. This has been used as a crop for 8,000 years old – the snack is naturally gluten free, vegan friendly, GM-free and high in fibre. Sorghum is also a drought-resistant crop meaning that it can grow where other grains cannot and can be grown without irrigation even in drier parts of the world (unlike many other cereal crops). Sydney’s hope is that this will reduce the environmental footprint of snackers  worldwide as well as potentially offering an environmentally friendly food crop to drought stricken parts of the world.

Lil’POP is the first snack of its kind in Europe to pop sorghum, producing a tasty popcorn that is smaller in size than regular corn and more satisfying. Sydney explains that during the sorghum popping process, the hull of the corn does not detach meaning that there are no annoying hulls that get caught in your teeth while eating. Additionally, unlike popcorn, the unpopped seeds are soft and edible to eat. 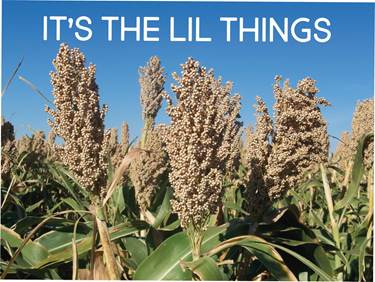 With the snack now unveiled to the world, Sydney is beginning to attract investment to the business to allow for further expansion – including the release of two new flavours – throughout the remainder of 2018.

“If you know of a business with great environmental credentials, then encourage them to apply for the 2018 VIBES awards. There are events around the country for anyone interested and the VIBES website is full of useful information. Failing that, try a wee dram of Glenmorangie with some lilPOPs – I can assure you it’s an unusual and delicious taste sensation.”