Under the boardwalk – Braehead Moss

Braehead Moss Site of Special Scientific Interest (SSSI) beside the village of Braehead, is one of the best remaining examples of raised bog in central Scotland.  Raised bogs, an important habitat, are now restricted in their range within the British Isles and are globally threatened.

Raised bogs usually appear in the landscape as a gently sloping dome, which is an accumulation of waterlogged peat.  Braehead Moss is made up of two adjacent raised bogs lying at different elevations, which are connected over the intervening slope by shallower peat (intermediate bog).  At 270 metres Braehead Moss has developed at the upper limit for raised bogs, above this height blanket bog would normally occur. 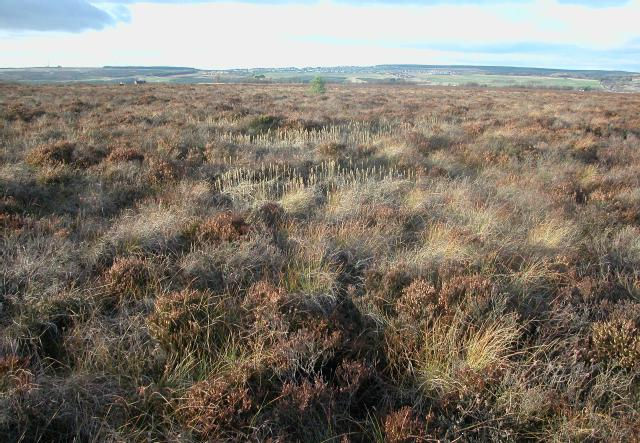 Sitting next to the village of Braehead, the moss has long been very important to the local community.  Residents use the Nature Reserve for leisure and exercise, and the village primary school uses the moss as an educational resource.  In the past the community has worked hard to raise funds to carry out access improvements to the surrounding woodland and to create an informal outdoor classroom.  With Braehead Moss being such a wonderful habitat there has always been huge potential to further develop access to the site and its educational qualities.

We are delighted that as part of the EcoCo Life project, Butterfly Conservation Scotland has taken a leading role in developing access at Braehead Moss.  Partnership working has enabled funds to be obtained from various sources including the EU Life programme, the Peatland Action Fund and WREN’s FCC Scottish Action Fund, through the Scottish Landfill Communities Fund.  Butterfly Conservation, working closely with SNH, has used some of this funding to construct a wonderful new boardwalk across the moss, complete with pond dipping platforms and benches.

In addition, as part of the Lanarkshire’s Large Heaths and Mosses Project, work has taken place to improve the condition of this rare habitat, notably by removing trees (which dry out the moss) and re-profiling previously damaged areas of peat.

The Braehead boardwalk has been funded through Partnership working, but other funding sources are available for individuals and organisations to apply for.  For example the Scottish Rural Development Programme’s Improving Public Access (IPA) fund is due to open this month for the 2018 application round.  Further details can be found on the SRDP webpage. Perhaps you know of a site near you that could benefit from improved public access?

You can find out more about Braehead Moss SSSI on SNH’s Site Link, and further information about Butterfly Conservation Scotland can be found on their website.