Posted on February 22, 2018 by scottishnaturalheritage

Thanks to a childhood spent moving from one country to the next, from the UK to Australia and on to Germany, it seemed his mind was always somewhere else, often far away. Steven Neish, one of our volunteers at Tentsmuir NNR, describes how his eyes were opened to the wonders of nature in Scotland. 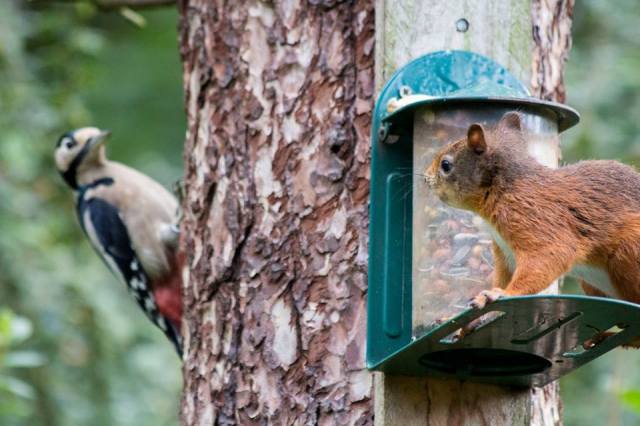 Red squirrels have to share the feeders with a number of birds, including great spotted woodpeckers.

Upon my return to Scotland, I endeavoured to continue travelling – the seemingly prosaic plants and animals of Great Britain paling in comparison with the sensory overload of minty eucalyptus, screeching kookaburra and colourful parakeets that had come before.

For most of my adolescence I did just that, seeking knowledge and experience elsewhere, using my time at home to research the next adventure and to remember the last. I dreamed of seeing monkeys misbehave and penguins play, then awoke to a more mundane reality of rabbits and blackbirds going about their business as usual. 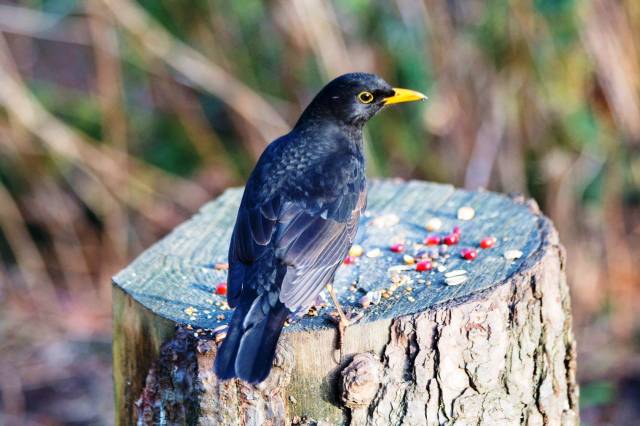 A blackbird provides some diversion on a quiet afternoon.

It wasn’t until I started taking regular excursions to Tentsmuir NNR that my perspective on Scottish natural heritage changed. I had decided to walk the West Highland Way with friends and was scouting the route through the forest for a planned training expedition from Dundee to St Andrews along the Fife Coastal Path.

I had only ever seen the treeline from Broughty Ferry – a dark and indistinctive woodland that had previously done little to beckon me over the river. Inside, however, it was an entirely different story: a diverse landscape of sandbanks and grasslands, lochs and marshes, forestry and farmland awaited. To my astonishment, it also contained old military defences, a small hamlet and, most surprising of all, an abundance of wildlife – from seals to long-tailed tits.

Long after the West Highland Way had been walked I was still venturing to Tentsmuir to explore further, and started dedicating whole days to the bird hides surrounding Morton Lochs. Each visit seemed to reveal a new resident of the forest, from red squirrels and great spotted woodpeckers to roe deer and kingfishers. Over time I got talking to wildlife photographers and naturalists, and established a rapport with the rangers and volunteers who often stopped by to top up the feeders. 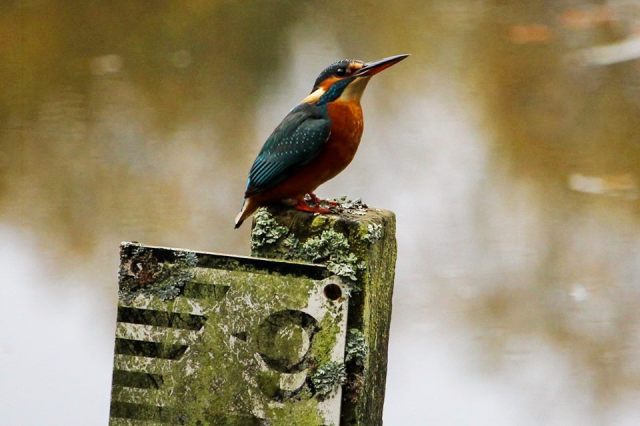 After weeks spent watching and waiting at the railway hide a kingfisher finally stops to pose for a photograph.

I was spending so long in the vicinity that I started to grow conscious of how little I was contributing to the reserve. I was invited to volunteer myself, and within weeks had added a whole new dimension to my character and outlook. I found myself monitoring water levels and taking measurements; stripping back fallen trees and clearing debris; collecting litter and protecting heritage items. I wore my new uniform with pride and held my new responsibilities in the highest regard. 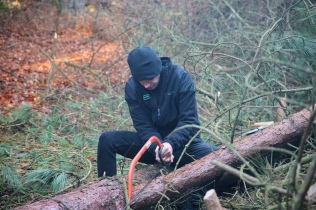 When heavy frost brought down a tree near the path I assisted the rangers and other volunteers in stripping it back. 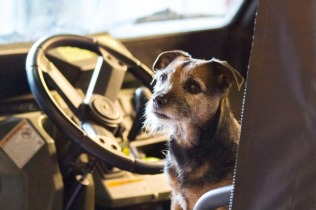 Rosie, the office terrier, watches on as we work.

It’s already been a transformative experience and it’s still early days. I continue to travel when I can, but I no longer consider exploration or adventure to be the sole preserve of some far off land – it’s often all in a day’s volunteering. I can sit for hours watching an empty feeder and waiting for something to appear – and I’m no longer disappointed if it’s just a rabbit or a blackbird. In fact, I’m thrilled.

Why not go and discover Tentsmuir NNR and the amazing wildlife there yourself? 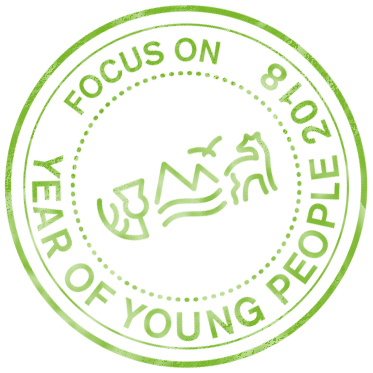