Posted on October 25, 2017 by jimjeffreysnhgovuk 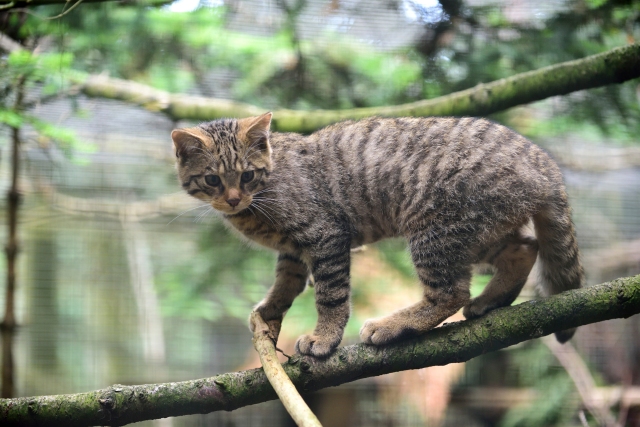 As we drift through autumn, we have an opportunity to reflect on where we are in the annual life-cycle of the wildcat. Change is afoot in the wildcat population, territorial battles ensue and winter is approaching.

It started back in the spring: many of this year’s cohort of wildcat kittens are born during April–May (though some may be born later, for example if the first litter fails). With the incredible rapidity typical of a carnivore that has evolved to track the ups and downs of the small mammal populations on which they prey, these kittens reach independence at only five or six months old. This means that those born in April–May are now beginning to twitch their whiskers beyond the boundaries of their mother’s territory. This is especially true of the males, which typically disperse before their first winter. Some have been recorded moving as far as 55 kilometres before settling down. Females on the other hand might hang around their mother’s territory over this winter before dispersing in the spring. 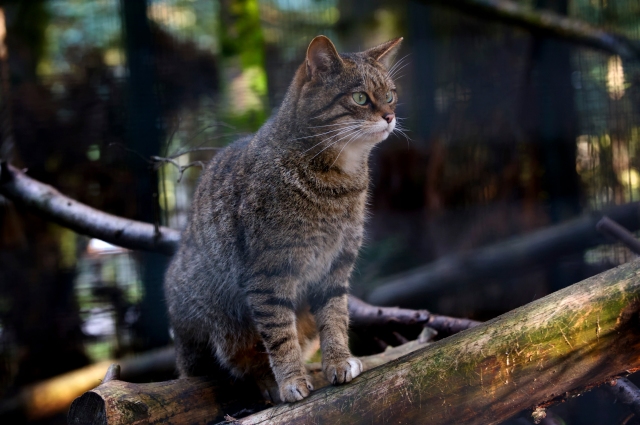 Dispersal is an important life event for these youngsters. A lot hangs on them successfully negotiating their way in the world alone for the first time. Though there is little data on mortality in dispersing wildcats, it is likely that many won’t survive into adulthood. Studies on wildcat skeletons show that growth stops at four years of age, arguably when full adulthood is attained, but only one quarter of these cats will make it to this point. Finding prey in an unfamiliar landscape is difficult enough, but catching something to eat must be doubly difficult for these relative novices. Luckily cats in general (wildcats are no exception here) come pre-programmed with a set of instinctive behaviours and tooled-up with exceptional senses and formidable fivefold weaponry (four clawed paws and a mouthful of teeth). Rabbits, if available, will generally be the favoured prey of wildcats, but for this year’s not-quite fully grown novices, other small mammals such as voles will probably form the bulk of their diet.

Contesting territories against other wildcats will be another obstacle in the paths of these young cats. There’s a risk that such fights (remember the fivefold weaponry) may cause devastating injuries, but the less obvious problem is the potential for disease transmission through bites and scratches. 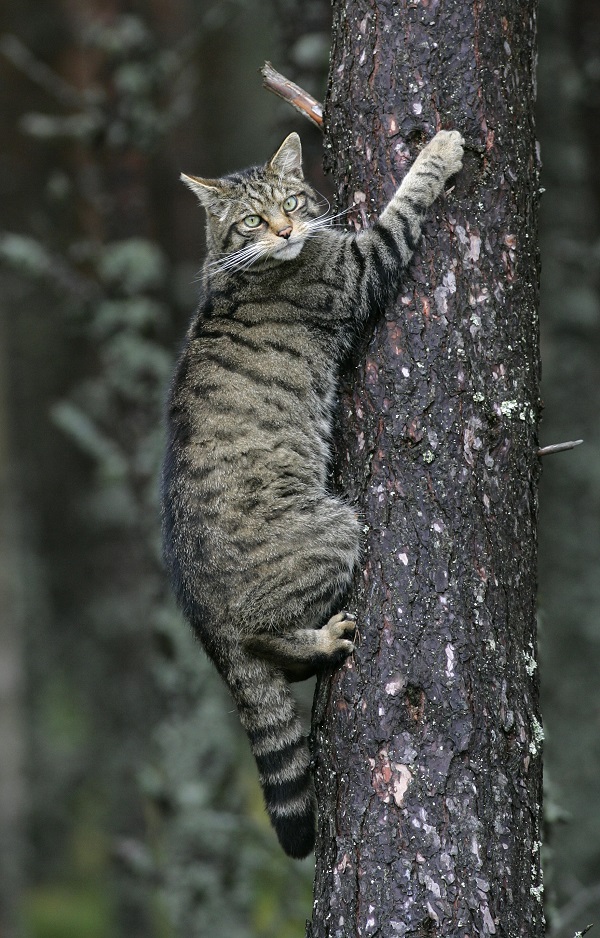 In the modern world, a whole host of new obstacles are present for our dispersing wildcats. Negotiating the ever more frequent traffic on our (widening) roads will take its toll on this cohort for example. Or perhaps meeting and fighting with intact feral domestic cats.

Statistical population modelling shows that increasing the survival of juvenile wildcats by just 10% greatly improves the chances of the wildcat population persisting. So in a way, the future of our Scottish wildcats really will be resting on their stripy shoulders.