The Narrows of Loch Fleet

Posted on October 4, 2017 by jimjeffreysnhgovuk

All through this month we are taking a look at seasonal change. Autumn is a classic season for folk to get out and about, and in order to help you get the most from the month we will have posts on our various social media accounts offering tips and guidance on things you can do in autumn. Given that 2017 is Scotland’s Year of History, Heritage and Archaeology we asked Kenny Taylor to suggest a mix of history and the great outdoors that you could enjoy. Loch Fleet caught his eye.

Where the estuary disgorges through a channel just tens of metres wide, you can feel the force of tide and current. Look to the opposite bank, across waters where eiders, long-tailed ducks and other wildfowl ride the swell in autumn and winter and think – ‘so near, yet …’

In the history of people linked to this place, that’s sometimes how it’s been: a narrow divide between success and failure; a flick of fate. 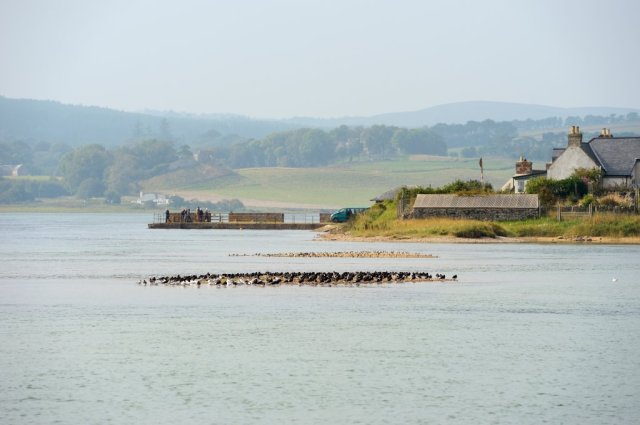 The broken shell of Skelbo Castle broods over the south shore, as it has done in different forms for some 800 years, since the lands of Skelbo were granted to Gilbert de Moravia by the Earl of Sutherland. When Gilbert became Bishop of Caithness, he gave the castle to his brother, Richard. Gilbert founded Dornoch Cathedral and after his death became known as Saint Gilbert of Dornoch. He was the last Scot to have a feast day, on April 1st, named in his honour in the Calendar of Saints.

Richard was not quite so blessed. Sometime in the 1260s (the precise date is unknown) he died in the Battle of Embo, having joined the Earl of Sutherland to fight a band of Vikings who had landed at Littleferry. The conflict was vicious, to judge from how it is said that the Earl killed the Viking leader using a horse’s leg bone. Richard’s remains are in a stone sarcophagus in Dornoch Cathedral.

Death and the maiden

Less than thirty years later, Skelbo was linked to an event of huge importance in medieval Scottish history. A messenger would have galloped from the north, that autumn day in 1290, wet with rain from storms that had shaken the North Sea to fury in the previous week. The young girl was dead, he told the Scottish nobles waiting in the Skelbo for news, felled by sea sickness in the rough passage from Norway. Her body lay in Kirkwall.

And with her death, Scotland would be pushed to war, both Scot against Scot and Scots against English. As part of that, Robert the Bruce would attack and burn Skelbo just a handful of years before victory at Bannockburn.

Yet if the seven-year-old Margaret – the ‘Maid of Norway’ – had survived, possibly to marry the heir to the English throne, Scotland, England and Norway could perhaps have been allies, bound by blood ties of marriage and kindred.

For George, 3rd Earl of Cromartie and laird of Castle Leod by Strathpeffer, the foray in to Sutherland seemed to have gone well. An order had come from the Jacobite commanders to return to Inverness, but before setting off, George and his officers were entertained at Dunrobin by the Countess of Sutherland – a lady not unsympathetic to the Jacobite cause.

As the Jacobites marched across the coastal flatlands to Littleferry, the officers some way behind, two companies of Highland soldiers loyal to the British king attacked. Led by Ensign John Mackay, the government troops routed the rebels. Many were killed. Some Jacobites drowned trying to swim Loch Fleet and over 170 were captured, including the Earl himself.

It was the 14th of April, 1746; two days before the Battle of Culloden. Would a few hundred more Jacobites have made a difference on Culloden Moor, in the last battle fought on British soil, had they not lost the second-last battle, here on the Sutherland coast? 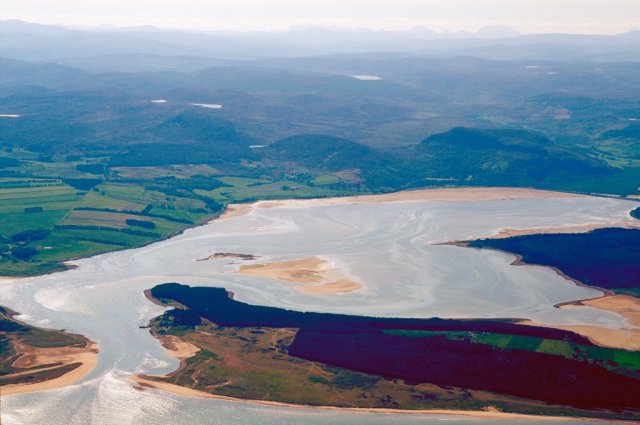 Holding back the tide

For just over two centuries, the ‘Mound’ causeway has divided the salty waters of Loch Fleet from the river valley to the west. Thanks to this great embankment, which stops the tides some 2.5km short of their natural limit, the Mound Alderwoods now stand as Scotland’s finest floodplain woodland.

Thousands travel the A9 over the barrier each day, while non-return valves in the original bridge at the north end can be opened to allow migratory salmon to pass. It’s one of the most significant pieces of road infrastructure in northern Scotland. But at first, the Littleferry narrows seemed a better choice for transport linkage by traditional ferry.

That’s what Thomas Telford, one of the finest civil engineers of the 19th century, thought when ideas were mooted for upgrading the road from Inverness to Wick and Thurso. It was William Young, factor to the Sutherland Estates, who envisaged a causeway. And although Telford drew up the plans, it was Young and hundreds of local workers who made the connection at the head of the loch between 1814 and 1816.

Writing of the final push to close the gap, Young talks of how hundreds of gallons of ale and huge quantities of bread would be needed to fortify the 600 men now ‘prepared to do battle with the sea’. They completed the task, and on the 26th of April 1816, the Countess of Sutherland crossed the Mound in her carriage.

Telford had worried that the whole enterprise could have ended in disaster, at one point hurrying north when he heard that works had begun without his supervision. But the connection was made and the rest is history.