Posted on September 28, 2017 by jimjeffreysnhgovuk

Scotland’s array of beautiful environments remain the muse of many traditional and contemporary poets, songwriters and artists. Inspiration can be often found during an ascent in the Cairngorms; in morning’s birdsong; or upon reflection of evening’s sundown. 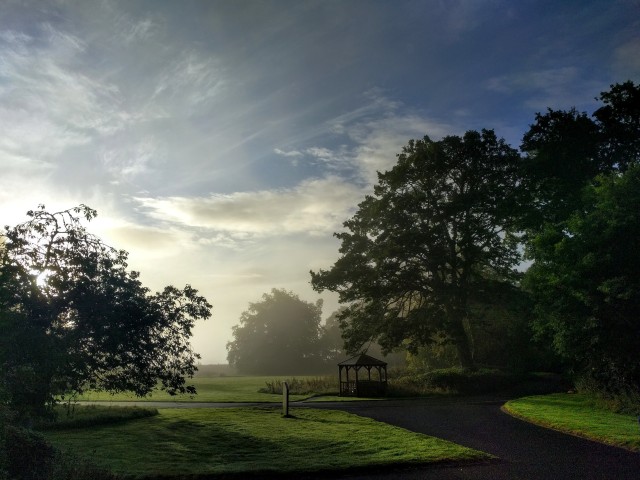 As part of National Poetry Day 2017, we invited people to submit poems inspired by their experiences with nature.

Throughout the course of the day, we will be showcasing our favourites. You will find a selection of these below. Where possible, some of these are accompanied by a photograph and audio recording of the poem being read aloud. 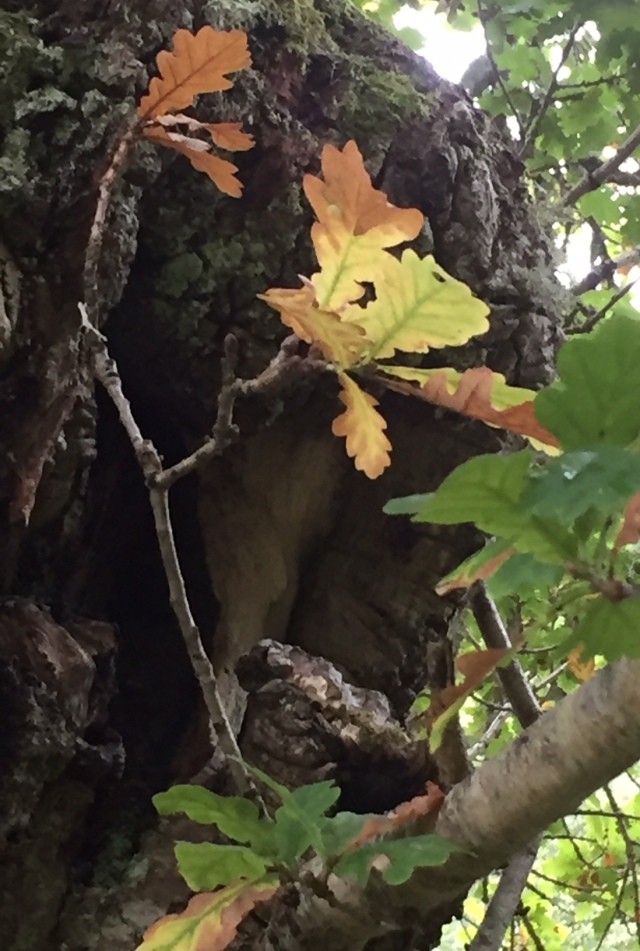 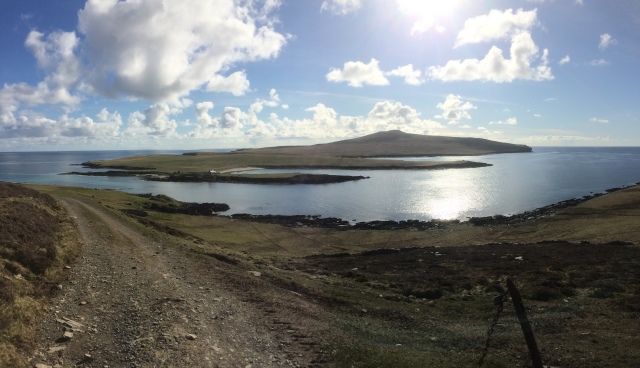 A view towards Noss. © Lorna Leask/SNH

A Trip To Noss
(English version)

Across the sea from Bressay a little jewel lies
An island like no other beneath the changing skies
As the warden comes to collect you from the little quay
Your eyes are constantly searching for who knows what you’ll see
Maybe a glimpse of an otter or a sunbathing harbour seal
A swiftly passing porpoise or Orca looking for their next meal
Once you clamber ashore the island before you spreads
While Great and Arctic Skua fly menacingly overhead
Rising from sandy pasture through heathery moorland hill
You come at last to the highest cliffs where seabirds swoop and mill
When you reach Charlie’s Holm and the Noup comes in to view
You stop in wonder and delight at the sight (and smells) before you
The sandstone ledges provide a home to the teeming multitude
Of nesting seabirds and gulls precariously raising their brood
Gannets, guillemots and razorbills jostle for space side by side
Whilst on the cliff-top puffins find burrows in which to reside
Fulmars float majestically as gannets dive and plummet
They really put on a show as you set off for the summit
From the trig point on a clear day you can simply see for miles
Sumburgh Head to the south and north up to the isles
You might even catch sight of Foula lying way out west
But as many people will tell you Noss is the isle that’s best.

You walk and walk

then one day
you stop
and stare.
Really stare,
with eyes fresh
from finding
a new way of seeing
what has always been. 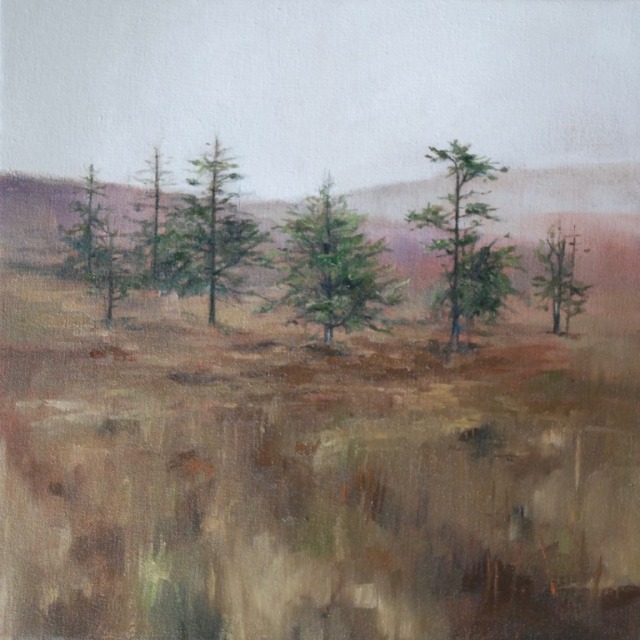 You walk and walk. Painting by Lindsay Turk ©

He’d heard of its beauty, its life changing scent,
So picked up his map, his guide and his tent,
Into the wild he strode in a fever
‘Does it exist?, could I be a believer?’

Ten thousand places he searched with no rest,
Disbelieving, his faith, put to the test,
Not meant to be looked at these briars and these thorns,
That pulled at his flesh, bloodied and torn.

He followed the rules of where it should grow,
He knew if he tried, he should already know,
But each time he came to a glade or a clearing,
Nothing was there ‘cept a cold empty feeling.

The book that he grasped ‘The guide and the key’
He threw with disgust; at last he was free,
To follow his heart, to find his own way,
But, alas, the gloaming, the end of the day!

‘The darkness’, he cried, ‘has come far too soon’
But a cloud, unknowing, had blocked out the moon
As it lighted enough to see through the trees
He laughed out loud for he saw that he sees. 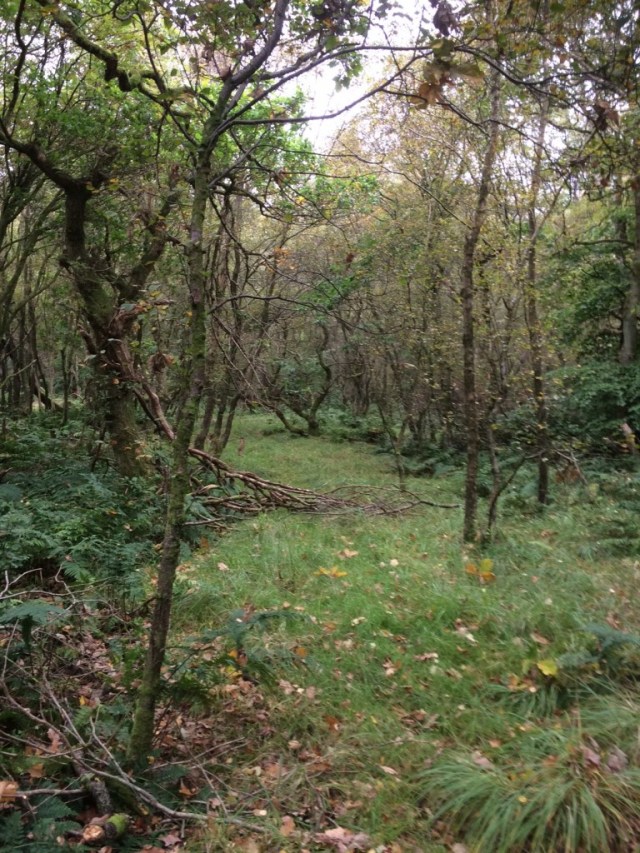 A Frog In My Position

Beyond the glen of the hanging alders,
Across the moor
Where heath gives way to hill;
Beneath the birch beside the burn,
I hunkered down to calm my heart
Before the steepness of the climb.

But communion incomplete, frog became flight
And, in the blink of a green eyelid
Became elemental frog swimming –
Fleeing for the dripping shelter
Where burn becomes bank in rocky caverns
Fringed by fern and mnium moss.

And watching, sure I could see it still,
I studied that dark hollow, ’till
Not frog, but beads of water on the rock
Was all that frog that could have been me:
Dewdrops sentient with life.

A frog in my position?
Not now, and never was.
For unlike frog, I cannot be
A part of all the things I see.

“A great miracle, Asclepius, is man!”
But frog as marvel is no also ran. 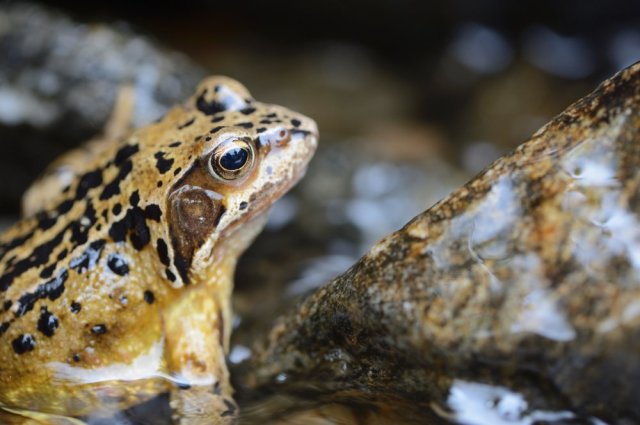 Cirrus sweeps over a new moon.
Summer’s in; a swift’s
down in the grass, flailing,
stopped of air.

A momentary lapse;
fallen foul of the link, tenuous,
between earth and sky.
Holding light,

I climb high as I can
and throw it from the window.
Sure enough, a stiff arc,
striking the breeze,

scythes out of sight.
I follow it till
lost in the sun,
half hoping it might return.

A swift in flight. © Lorne Gill 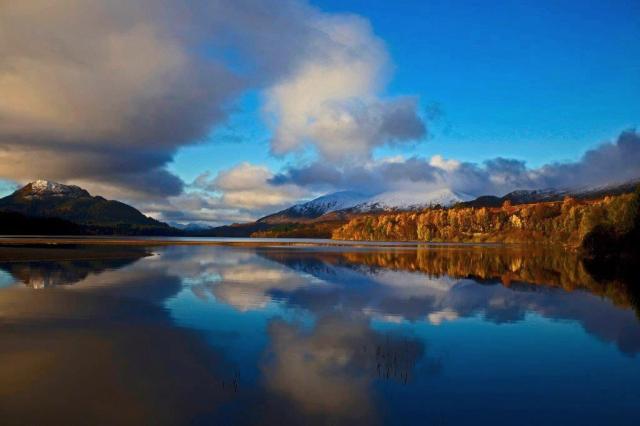 The Cailleach’s plaid appears benign, draped across her hills.
Soft cashmere hews of ancient clans cage hamlets where she wills.
Cunning witchery beguiles,
Come.
Walk.
Come.
Walk these peaks and glens, and peaks and glens,
Sky blue and grey and blue again.
Wishes in the floating sun, seeded, podded, spurring on.
The lightest rain,
A watergau*,
Breathe joy.
Yet further on, ever up, and up and upwards humid browns surround until,
Sucking shock of wet-socked bog releasing hoards,
Of tick and maddening midge.
Shatter of spirit being broken,
Stench of trolls at the rotten bridge.
Laughter of crone regales but still,
You may as well, on up and up and up to hell.
Gasping deep the pine blue air,
Tripping heather of the Cailleach’s lair.
Blister-blighted,
Summit sighted.
Yet slips away,
As scarp,
That scarp,
That scrabbling scarp
Gets in the way.

*Watergau is a north east word for a partial rainbow 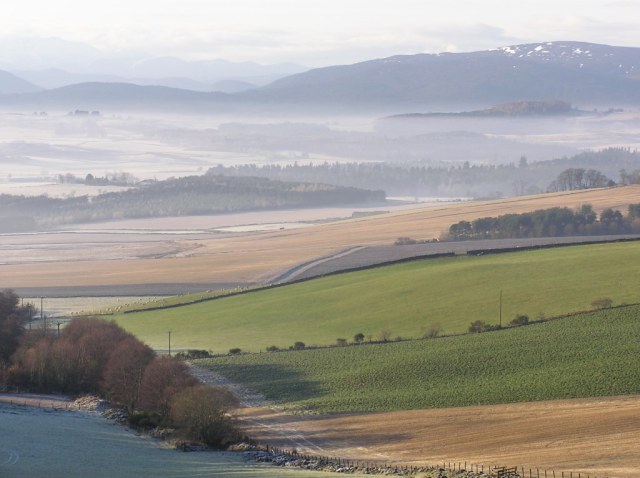 Morven towering over the Howe of Cromar, seen from the Queen’s View. © Hazel McSporran

Syenite, mid-way between Granite and who knows what,
Proud above the Loch of the same name,
Jagged, distinctive multitude of rocky summits,
Each ideal to survey the wise expanse of flow,
Always the same,
The roaring stags of October are King here,
The true Loyal residents.

It was not always so, Ribigill, Mharraich
and Bronze age settlement so old no name remains,
but the circles in the moor and the clearance cairns,
Speak loud in the silence,
Stone Rows, now buried in the peat,
Peak tentatively out at a world,
That no longer understands their meaning.

Hope springs eternal, smooth to the sunrise,
Optimistic above the loch of the same name,
Falling vertically and catastrophically towards the sunset,
Cliffs tumbling so far they will never end until,
You look towards sunset at Wrath,
Where the mightiest cliff on the mainland stands,
And beyond Wrath there is nothing.

Crouching down on Hope, I brace myself,
Against the West wind from nothingness and Wrath,
And turn back to gaze upon the rocky security,
Of multi-headed Loyal,
I listen for the Stag’s roar,
And await the next sunrise. 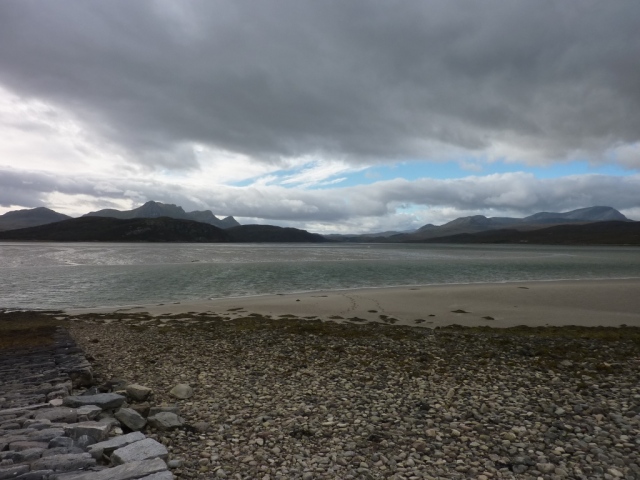 The Goose, the Trout and the Midge

Nestled here, on Scotland’s East Coast,
To your stunning location, I’ll certainly raise a toast,
Benarty and The Lomonds surround you on either side,
And seem to protect your waters, so still and wide,

The bird life is plentiful, of geese there are many,
Someone has to count them, without missing any!
Did Mary Queen of Scots, try to count all the geese?
As she stayed out in the castle, trying to hide in peace?

Perhaps she went fishing, for the famous Loch trout,
And somehow managed, to sneak one out?
It had popped up to feed on the swarms of Loch flies,
Where it was quickly taken by surprise!

Clouds of non biting midges caused an awful fuss,
But they didn’t bite, and were harmless to us,
The only danger that we really did face,
Was swallowing a mouthful on a “round the Loch” race!

Many people didn’t realise, as up the motorway they drove,
That so close by, is a real treasure trove,
Next time you’re passing, a few of your hours we might steal,
Be sure to pop in and ask to see Neil! 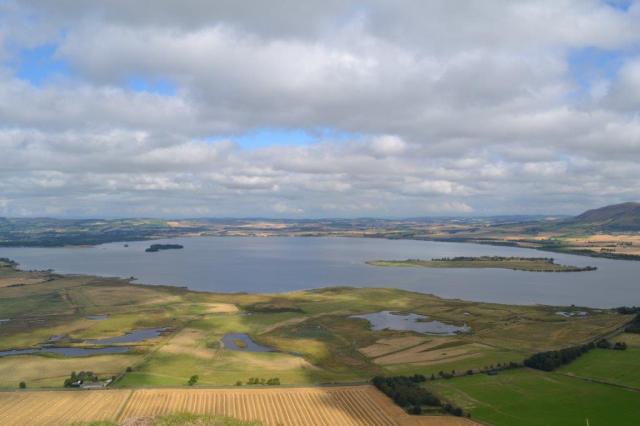 September
Cloaks her
graceful easy shoulders
in noble hues of purple gold
embroidering bronzed bracken ribbons
around the curves and contours of her velvet silhouette,
the evening light her coronet
bestowed by the Higher Source

She
is of
ancient times
of fire and ice and planetary collision;
in this world but not of it, ours we like to believe,
watching the movement of her stars, the flow of waters,
life from spawning to spawning
as the whirlpool of Creation spins.

Find out everything that’s going on as part of National Poetry Day 2017 on the website.