Jane Mackintosh, who has died after a brief illness, aged 64, led grassland conservation work in Scotland working for Scottish Natural Heritage (SNH).  She played a key role in raising the profile and importance of semi-natural grasslands and their conservation and ensured the survival of many of these flower-rich habitats. 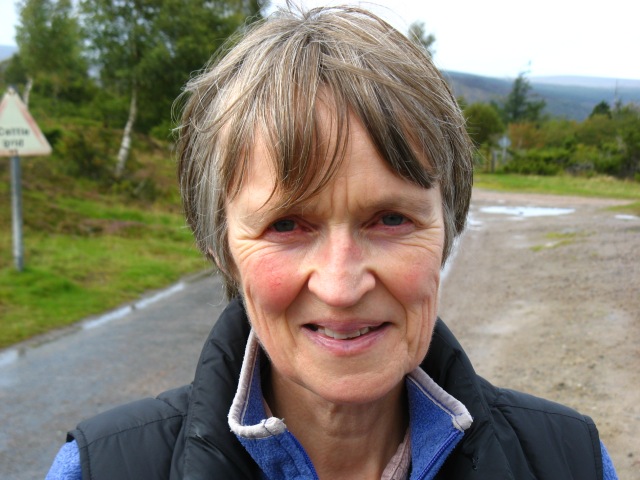 A graduate of the Department of Forestry and Natural Resources, Edinburgh University, Jane joined SNH’s predecessor GB body, the Nature Conservancy Council, in 1979, having previously worked with the Institute of Terrestrial Ecology (now the NERC Centre for Ecology and Hydrology). Joining the redoubtable Scottish Field Unit, Jane was the botanist in a team of four tasked with servicing a rapidly expanding programme of conservation site designation and habitat protection. However, then we knew very little about important areas of what are now called semi-natural grasslands, and many were given up to intensive agricultural use, forestry or other developments. They had become tiny fragments of formerly large swathes of flower-rich meadows, yet Jane, with her youthful, expert knowledge of plants (rather rare in university graduates in botany, even then) had an eye for seeing and advising on protection for some wonderfully rich areas for wildlife.

Initially working in agricultural and woodland Argyll, later on meadows in Shetland, machair and hay meadow in the Uists, and sea cliffs in Caithness, Jane honed an unrivalled expertise in identifying important grassland hotspots for wildlife. She supported the work of the Unit of Vegetation Science at Lancaster University, during 1980-95, in developing the National Vegetation Classification for grasslands, with the results of a huge team effort published mainly in volumes 3 and 4 of the landmark British Plant Communities (edited by Professor John Rodwell, and published by Cambridge University Press).

Quietly passionate about the conservation of species-rich grassland in Scotland, Jane led the establishment of the Scottish Lowland Grassland Database. Beginning work on this in the 1980s, with a programme of local grassland surveys (many undertaken by Jane) the database now has nearly 800 sites, containing information on location, extent and composition of sites. When she started out, tracing paper overlays of field maps served as the basis for detailed notes, but now we have a fundamentally important resource of digitised maps which is the backbone of grassland conservation in Scotland – something Jane was justifiably proud of.

For many of us driving in Scotland, 2013 is arguably significant, for in that year an 87-page SNH report overseen by Jane advised on improvements for wildlife along our 59,000 km of roadside verges. Typically detailed and well-illustrated, this pointed to management practices for diversifying what many of us take for granted. A year later, Jane co-authored guidelines, published by the UK Joint Nature Conservation Committee, for the protection and conservation of lowland grasslands in Britain. This drew on her experience of field surveys, and collaborative work with a highly talented group of grassland experts. That year also saw her oversee the publication of a remarkable report on the species rich lowland grasslands of Scotland. Alarmingly, reporting on revisits to sites surveyed some ten to twenty years earlier, it found that just over 15% of grasslands had had been lost, and only around 40% were in a ‘favourable’ state. It was a wake-up call for urgent action needed to restore the richness of what were formerly rich and widespread habitats so accessible to many of us. It is the foundation for key work to determine the future of landscapes that so many of us take for granted.

Jane was a long term member of the Botanical Society of Scotland and was actively involved as a Council member from 2007, and as Co-ordinating Editor of its Newsletter from 2010. As Jane approached supposed retirement, in 2016, she acted as grasslands mentor for the British Trust for Conservation Volunteers’ Natural Talent Grasslands Apprenticeship, influencing a cohort of skilled and enthusiastic grassland conservationists.

Though Jane raised the profile of semi-natural grasslands and their conservation in Scotland, and directly ensured the survival of many of these habitats, she had many other interests. She was active in the arts and cultural community of her home town of Penicuik as one of the early activists in its Development Trust (established in 2005) – promoting community activities and regeneration. Many converts to films owe a debt to Jane in cajoling them to join compatriots in the ‘Open House and Cinema’ in the Town Hall. Jane was a leading light in developing community gardening in the ‘Lost Garden of Penicuik’, and helped run the Pen-y-Coe Press, a traditional printing and stationary shop upholding the papermaking heritage of Scotland’s 41st largest town. For many first time mothers she was a wonderful adviser with the Penicuik National Childbirth Trust.

Caring, determined, concisely spoken, and skilled as a botanist, Jane won the hearts and minds of many of us through her modest charm, dependability and range of avid interests.

Jane is survived by husband Dr Chris Sydes, children Tom, Zachary and Katie, and sisters Caroline and Susan, and a brother, Simon.