How are we preparing for a Climate Ready Future?

This was the subject for the 3rd European Climate Change Adaptation Conference which Glasgow hosted recently with four days of talks, workshops and excursions. Several SNH staff were among hundreds of delegates attending from across Europe and the rest of the globe, from business, charities, research, and government to local communities. It was an opportunity to get inspired by innovative adaptation solutions, share knowledge and learn from others’ experience. 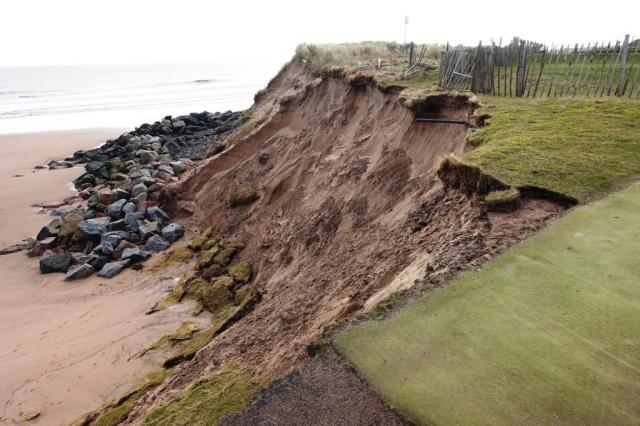 The speakers all agreed that we need to keep up action to limit climate change through the Paris Agreement but also start adapting to our changing climate. Climate change is already affecting a large number of sectors across Scotland and Europe, and this was reflected in the breadth of talks – adaptation in cities, oceans and seas, climate-sensitive industries such as farming and fisheries, coastal and flood management, health, gender and emigration, arts and culture were among the many themes. How do people access knowledge, how do different sectors understand their climate risks, and how can we communicate climate change effectively? These were some of the questions discussed.

Roseanna Cunningham (Cabinet Secretary for Environment, Climate Change and Land Reform) gave a keynote address, promoting Scotland’s global leadership in addressing climate change and Glasgow’s example of green regeneration supporting the transition to a low carbon economy. Echoing previous speakers that climate change is inherently unfair, she mentioned how Scotland’s Climate Justice Fund is supporting other countries to reduce their vulnerability to climate change. Whilst the Government has shown leadership with climate mitigation, public bodies also have strong duties at home for adaptation. She highlighted work to help Scotland adapt by specialist agencies like SNH and partnerships like Climate Ready Clyde. For the natural heritage, which is particularly important to Scotland, she said, there is a sense that we have to run faster just to stand still.

SNH’s work was well represented at the conference. Alistair Rennie (currently working with the Scottish Government) introduced the National Coastal Change Assessment, which has identified an increase in the extent and rate of erosion on Scotland’s coastline. Identifying vulnerable areas and assets will help us plan for future coastal change and make the most of our natural coastal defences now and in the future. The results are available from DynamicCoast.com. SNH’s work was also part of the Climate Ready Scotland showcase of how collaboration is delivering adaptation across Scotland’s economy, society and environment. Andrew McBride and Fiona Mann described the Peatland Action project, and how restoring peatlands both helps capture carbon and reduces the risk of flooding: mitigation and adaptation working together. More case studies are available from Adaptation Scotland.

Many conference presentations showed how it makes sense to work with nature to help society to adapt to climate change: a natural insurance value. For example, we heard how Lisbon’s authority decided to develop green infrastructure to increase resilience to climate change while providing many other benefits to people and nature. The relative low costs of green infrastructure mean that decision-makers can do more for resilience in a difficult economic context. In the Netherlands, where large sections of the country are below sea-level, natural areas are created to act as buffers while new flood channels are formed to hold the water. While some solutions to adaptation are being explored on land, a message from the conference was that the situation is much more complicated in the marine environment. Speakers acknowledged the UK as a leader in this area, but the marine environment generally receives less attention, which is further complicated by the often international dimension of the work required.

You can find more information on the conference at the ECCA website.