Scotland’s saltmarshes are mapped for the first time

The Habitat Map of Scotland Project has now completed the next step in mapping our coast with the publication of a map of Scotland’s saltmarshes – the data is now available to download here.

Saltmarsh pools at Scalasaig on the Isle of Colonsay. ©Lorne Gill/SNH

Between 2010 and 2012 all saltmarshes in Scotland larger than 3ha were surveyed to compile the first comprehensive national survey of this habitat. This data has now been digitized and made available on Scotland’s environment website as part of the Habitat Map of Scotland project.

Saltmarshes are usually restricted to comparatively sheltered locations in estuaries, and at the head of sea lochs. The development of saltmarsh is dependent on the presence of mudflats between them and the open sea. 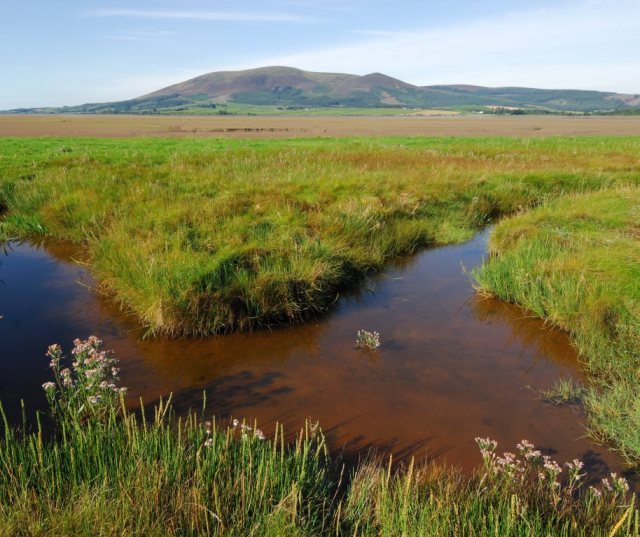 Saltmarshes are important for helping to protect our coasts by stabilising shorelines and so preventing them from damage by incoming waves. Their benefits are particularly significant in light of the destruction caused to coastal communities by storms and flooding which are likely to increase as we experience climate change.

Saltmarshes also support a unique range of plants and animals which are adapted to regular flooding by sea water. They are especially important for a large number of specialised invertebrates and flowering plants. They also provide an important resource for wading birds and wildfowl, acting as high-tide refuges as well as breeding sites for terns, gulls, waders, skylarks and meadow pipits. In winter large flocks of swans, geese and ducks rely on saltmarshes for feeding and roosting.

SNH is leading a multi-partner project in producing a standardised Habitat Map of Scotland. This project makes a major contribution to the Scottish Government’s 2020 Challenge for Biodiversity which aims to provide an up-to-date and standardised picture of all of Scotland’s habitats and major land uses. 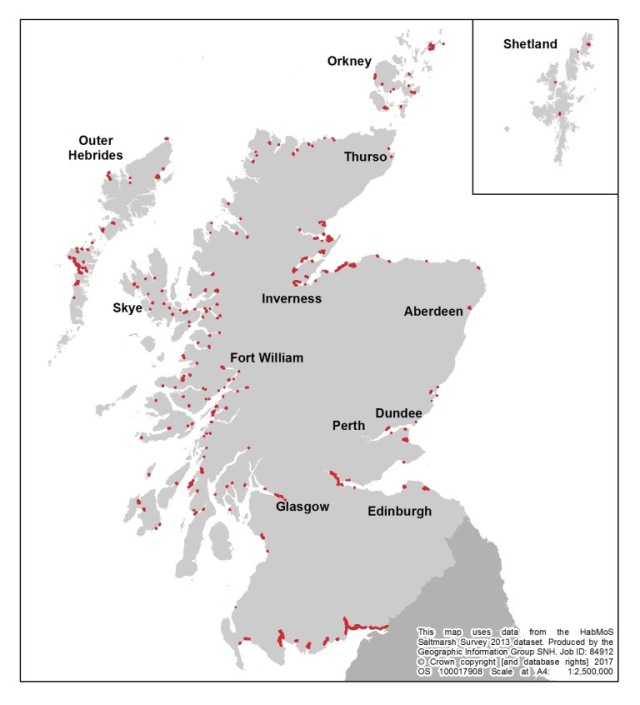 The addition of saltmarsh data makes an important contribution in documenting our fragile coastal habitats.

Professor Stewart Angus, SNH coastal specialist, said that the mapping provided an invaluable baseline for monitoring by SNH and SEPA, who were partners in the project. We expect the maps to have a wide range of applications and be of particular value as they provide a time-stamped snapshot of part of Scotland’s coastline at a time when it is subject to numerous pressures including sea level rise.

You can look at the full saltmarsh survey of January 2016 here.

Find out more about the mapping of Scotland’s machair here.