Chainsaws, rotten wood and cages: the efforts to save the pine hoverfly

Athayde Tonhasca discusses the conservation efforts to protect one of Scotland’s most endangered species.

The ephemeral habitat of the pine hoverfly

In a mature Scots pine forest, trees are often infected by the heart rot fungus Phaeolus schweinitzii, which decays and softens the tree’s heartwood and creates internal cavities (or rot holes). These weakened trees may topple down or break with the effects of wind and storms. This natural wood-felling process is important for rejuvenating the forest by allowing plant succession, and it also creates habitat for many saproxylic species (dependent on dead or decaying wood and other plant material).

The exposed rot holes in the stumps of felled or fallen trees quickly fills with rain water, creating the perfect habitat for the pine hoverfly (Blera fallax): their larvae grow and feed in the mixture of decaying organic matter and microorganisms contained in these water pockets.

A rot hole can provide a home for pine hoverfly for 8 to 10 years before it dries out and its resources are exhausted. The species therefore relies on the dynamic process of forest regeneration, where rot holes are continuously produced. However, areas of large, old pine trees have become rare in Scotland, and traditionally woodland managers have removed dead wood to protect trees from insect pests and pathogens, and for fear of accidents with falling timber. As a consequence, there may be not enough natural decaying wood to sustain pine hoverfly populations in Scotland. This species relies, perhaps almost entirely, on stumps cut as part of forestry operations. These are the likely reasons for the pine hoverfly being one of Scotland’s rarest species and therefore a priority for conservation efforts.

Until our native woodlands recover and mature sufficiently to provide the necessary conditions for the pine hoverfly, it is essential to sustain its populations through management practices. Researchers have found it’s possible to replicate pine hoverfly breeding sites by cutting holes through the heartwood of pine stumps with a chainsaw . The holes are filled with pine chips or sawdust to provide hiding places for the larvae and a substrate for microorganisms to grow, which quickly fill with water and begin to show signs of decay. Experiments have shown the method to be successful, as several artificial holes have been colonized by pine hoverflies and other saproxylic hoverfly species. You can learn more about these experiences at the Malloch Society’s Management Actions and Achievements webpage and Forestry Commission Scotland’s New homes for the pine hoverfly.

Researchers have also made attempts to increase existing populations by rearing pine hoverflies in cages and in the laboratory, then releasing their offspring (larvae) into new sites. These attempts have been successful so far, and are being expanded. You can find further details at Translocating the pine hoverfly.

The next step was to try to implement a breeding programme with the hope of rearing captive populations to serve as reserve stock. To this end, The Royal Zoological Society of Scotland has created a dedicated facility for rearing and multiplying hoverfly larvae received from Sweden. And the efforts have been encouraging: the Zoo has reported that the first pine hoverfly adult has emerged this month. Discover more at RZSS’s Pine hoverfly restoration. 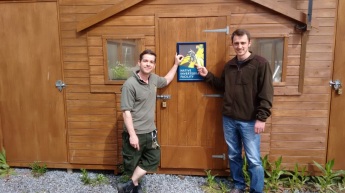 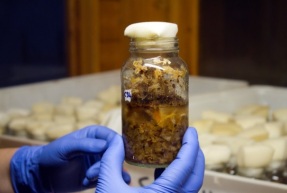 These efforts to restore and create pine hoverfly habitat and breed captive populations are case studies of invertebrate conservation made possible thanks to the dedication of many volunteers and the support of The Cairngorms National Park Authority, Forestry Commission Scotland, The Malloch Society, National Museums of Scotland, RSPB, RZSS and SNH. 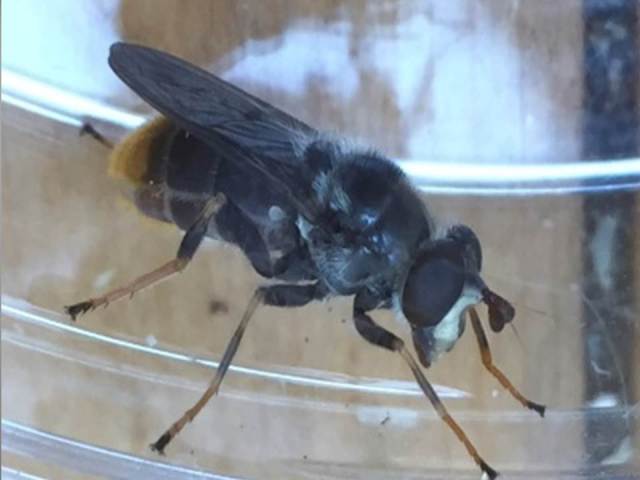 The first pine hoverfly to emerge at the RZSS rearing facility. © Gareth Bennett