What will global conservation look like 50 years from now…

The inaugural WildTalk event on wildlife conservation at St Andrew’s University saw four speakers take on the challenge of anticipating what global conservation might look like 50 years from now. The short answer is that nobody knows (of course), but in different ways all of the speakers suggested that it will need to look quite different from the way it does now.

Nature ‘over there’ was a common theme for all of the speakers. In one way or another nature ‘over there’ risks being a displacement activity for nature here and now. This operates at all scales, from raising money in developed countries to spend on charismatic species in developing countries, to flower-rich borders around mono-cultural fields. It applies to protected areas which are generally where people are not, and it overlooks the nature in between them and in our towns and cities where people (mainly) are. Nature ‘over there’ is easy to forget or to ignore, because it’s not ‘here’. 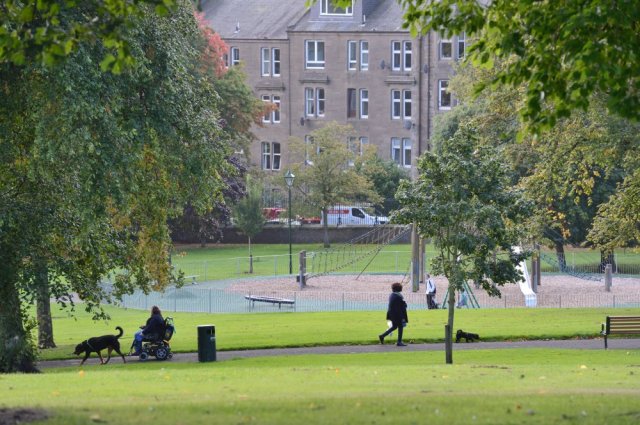 Nature is a tricky policy issue. It is difficult to define, difficult to measure and underpinned by widely differing worldviews or narratives. It involves significant asymmetries, such as activities in the uplands to reduce flood risk downstream, activities now to benefit future generations and activities carried out by wealthy people that impact on poor people, and vice versa. And it can be understood and valued from a wide number of viewpoints. Nature itself is a slippery idea, it is socially constructed, means different things to different people and strongly depends on the context in which it is discussed. For all of these reasons it is deeply political, but not often framed that way in practice.

Looking back over the last 50 years, we have witnessed more widespread and intensive use of natural resources associated with the impact of the oil economy. Farming, fisheries and forestry moved to industrial operations. Oil transformed transport and allows people to reach into previously remote, inaccessible areas and their resources. The impacts of human activities on natural processes and systems including climate, ocean acidification, deforestation and the state of nature all escalated. At the same time there have been similar marked changes in socio-economic measures including GDP, population, energy and consumption. The costs and benefits associated with these changes are not evenly distributed, making the issues ripe for political contest.

In parallel with that, policy and practice in conservation has become more firmly established over the last 50 years. In practice this has centred on protected areas and priority habitats and species – often on the less-used areas of land and sea than where the direct pressures occur. Whilst this approach has many successes, it has clearly been insufficient compared to the scale of socio-economic change and the use of natural resources.

If nature emerges from power relations acting across societies over time and is always changing, what should we conserve and why? What are the motivations for that?

Fifty years from now, conservation will have to be better integrated with social and economic interests and be centred on an ecosystems approach. It will be rooted in environmental change and centred on a circular economy, mindful of key elements and nutrient flows (e.g. C, N, P, K) and freed from arbitrary baselines. It will be clear about the benefits to people. What that means in practice will of course be disputed, so good governance will be important, being alive to and open about the power relations that are at play, and who stands to gain. The alternative is to continue with nature in fragments, ‘over there’ competing with other demands on the land and sea and continuing to lose the false argument about whether it is more important to feed birds or people.

If you have any comments on the ideas presented in this blog, I’d love to hear them – please email them to corporateplan_2018to2022@snh.gov.uk, or reply to a copy of this message on conservation conversations.