Spring is in the air – and with it a change in Scotland’s nature. And this is especially true for the Seven Lochs Wetland Park, where our plans for Scotland’s largest urban heritage and nature park are really starting to take shape. Scott Ferguson, Seven Lochs Project Coordinator, tells us about this exciting new project. 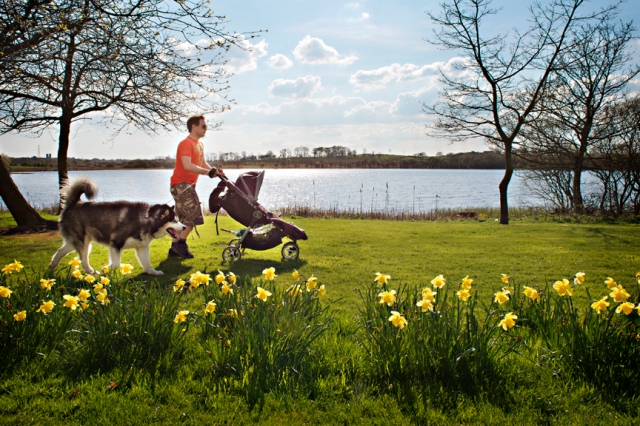 Enjoying a stroll alongside Johnston Loch in Gartcosh.

The Seven Lochs Wetland Park comprises almost 20 sq km of lochs, parks, nature reserves and countryside spanning the Glasgow City and North Lanarkshire boundary between Easterhouse, Coatbridge and Stepps. While the idea of a new, largescale heritage and nature park for this part of the city region isn’t new, it was with the publication of the Seven Lochs Wetland Park Vision and Masterplan in 2014 that the idea really took flight.

Since then the Seven Lochs Partnership* and the Glasgow and Clyde Valley Green Network Partnership have been working on detailed plans for the new park, and in July 2016 we were rewarded with the announcement of £4.5million of HLF funding towards a 5-year, £6.8million project to develop the Seven Lochs as a new hub for heritage learning, outdoor recreation and community engagement. With a Seven Lochs staff team now in place we can really get going with change on the ground. 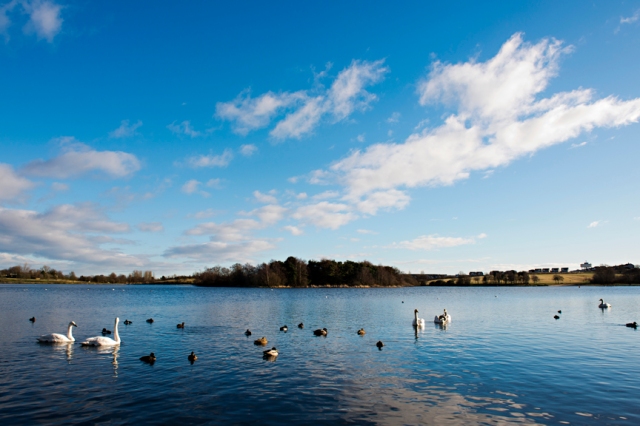 When the whooper swans, now leaving Hogganfield Loch for the long flight to Iceland, return in October they’ll notice a few changes. Hogganfield lochs is one of three sites where we’re installing BioHaven floating wetlands to help create almost 500m2 of new wetland habitat and improve water quality, planted with over 2000 wetland plants collected from around Seven Lochs by our hard-working volunteers. We hope these floating wetlands will increase opportunities for breeding birds such as great crested grebe, as well as helping to reduce blue-green algae.

It’s not just the lochs that are changing. As part of our Pearls and Pollinators project we’re looking at how we can increase the diversity of wildflowers in areas of grassland and woodland habitat. Focussing on nectarrich species and butterflyfood plants we’ve developed bespoke wildflower seed mixes for these habitats, and are trialling the use of a ‘wildflower earth’, alongside more traditional methods like seeding and plug planting. We’re also training volunteers in survey and biological recording so that we can monitor the success of habitat enhancement. 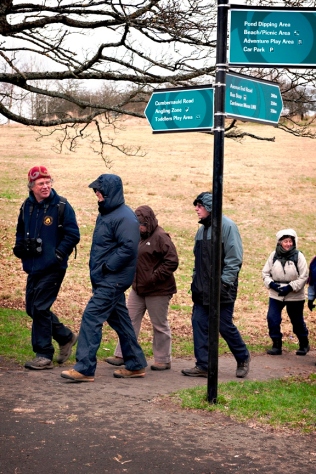 Although a distinctly urban park, the Seven Lochs area is home to an amazing array of wildlife. In the last year both osprey and bittern have been seen at Bishop Loch Local Nature Reserve (LNR), and Gartcosh LNR is home to Scotland’s largest population of great crested newt. And we’re only just beginning to understand the unique grassland populations of water vole that have been discovered in parks, gardens and areas of vacant and derelict land across N E Glasgow. These feisty rodents seem to have found a way to survive and thrive away from their usual watery habitat – and Cranhill Park in particular has perhaps the highest density of water vole anywhere in the UK. But their love of derelict sites also puts them at risk from planned new housing, so with support from the SNH Green Infrastructure Fund, we’re planning a network of permanent grassland sites that can be managed specifically for water vole. 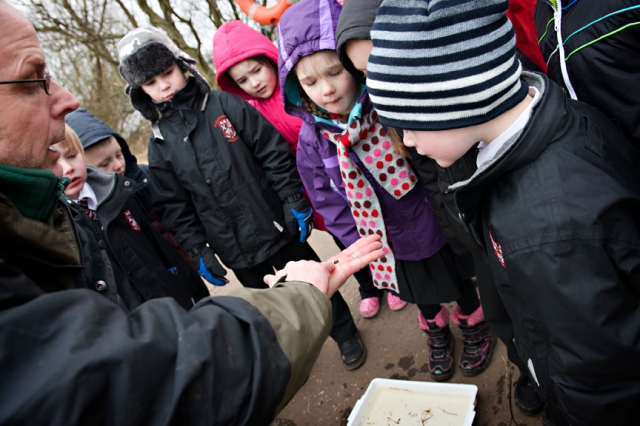 There’s something to enthrall visitors of all ages at Drumpellier Country Park.

The Seven Lochs will be a great place for people too. Four visitor gateways are planned for Provan Hall, Drumpellier Country Park, Glenboig Life Centre and Hogganfield Park, and these will be hubs for a range of heritage and nature activities. New visitor facilities and heritage interpretation will reveal the hidden history of people that have lived in the area over many centuries, and the secret lives of the wildlife that calls the park home. A programme of events and activities – to be launched at Easter – will allow people of all ages to discover the nature that thrives in the Park, and offer opportunities for training and volunteering. A network of walking and cycling trails will help visitors explore the area’s wetland treasures.

Working with, and involving, local communities is is vital to making sure that the park becomes both a major visitor attraction and an important community resource. The Seven Lochs Wetland Park is at the start of an amazing journey. It really is heritage and nature on your doorstep – a great place to discover, go wild, get fit, or just relax and enjoy the fresh air. And a place local people can be proud of.

You can find out lots more about the Seven Lochs Wetland Park, and everything that’s going on there, on our website.