Professor Stewart Angus, SNH Coastal Ecologist, looks at how we are mapping a special feature of Scotland’s coastal environment – machair. 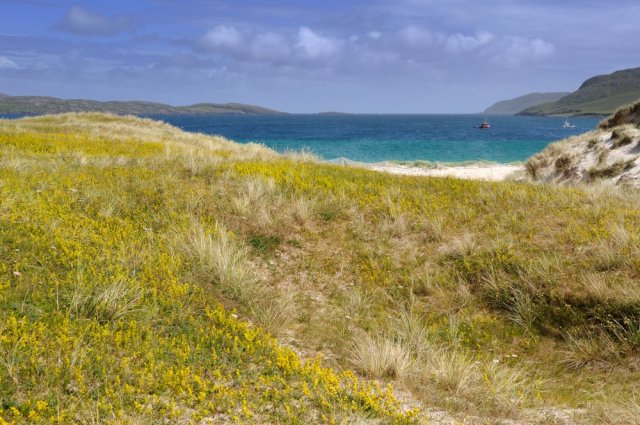 Only two countries in the world have machair, the shell-rich dune grassland that can be so spectacular in summer, with swathes of coloured wild flowers that change as the season progresses. On a warm summer day, with a vivid blue sea and dazzling beach sand, some of us feel there are few better places to be. They also have machair in Ireland, and in places it can be almost as fine as it is in Scotland!

However in the real world, it also rains occasionally, and SNH requires rather more of its scientists than admiration of the scenery, and inevitably there was an increased demand for a map of machair. Unfortunately this did not involve more trips to machair, but sitting in front of a computer analysing vegetation maps, landscape situation, and cross-referring documents, including endless spreadsheets. Then there were successive versions of the machair map to be checked. 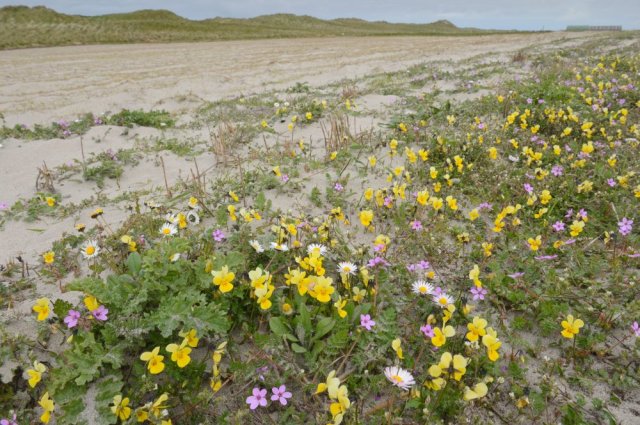 As a contribution towards the 2020 Challenge for Scotland’s Biodiversity we are producing a detailed Habitat Map of Scotland (HabMoS). The other ‘soft’ coastal habitats – sand dunes, saltmarsh and shingle – had already been mapped, so machair was the only remaining gap. SNH needs this information in order to meet our legal obligations. We decided to use a habitat classification called EUNIS – the European Nature Information System – for compatibility with reports from other countries across Europe. Machair is a single EUNIS habitat which makes the task significantly easier.

Many hours of analysis later, we have a machair map, and it is now possible to say that there are over 13,000 hectares of machair in Scotland, mainly in the Outer Hebrides, Tiree and Coll, with smaller amounts in the Northern Isles and the west coast mainland. There are always challenges with such maps. They represent a ‘snapshot’ in time of a dynamic habitat, so might have changed since they were last surveyed.

Different surveyors have different opinions, and the reality is that the environment is a continuum and does not always slot into neatly-separated boxes. Furthermore, the environment seems to behave a bit erratically. The type of vegetation found only on steep slopes alongside machair in most of Scotland, where the sand is thin and the alkaline effect of the shell fragments in the sand begins to be offset by the run-off of acid water from above, occurred on ‘core’ machair at sites in Lewis, on thick sand with no evidence of acid influence. We don’t know why these anomalies happen, but their presence means an element of judgement must be applied to the task. Of course it could be argued that these circumstances require the map to be checked on the ground…but that isn’t always feasible.

As long as certain limitations are accepted, this map is an invaluable aid to the assessment of change on our coasts, with a ‘time-stamped’ baseline of habitat distribution we can use to inform the impact of rising sea levels, as well as other impacts on a special feature of Scotland’s coastal environment.

You can view our machair map on the Habitat Map of Scotland web page .