Species of the month – the oak marble gall wasp

You would never imagine that tiny, obscure wasps like this could have a place in British history, or indeed have contributed to the culture and literacy of the Western world. But follow Athayde Tonhasca’s thread.

Let there be gall enough in thy ink. — William Shakespeare 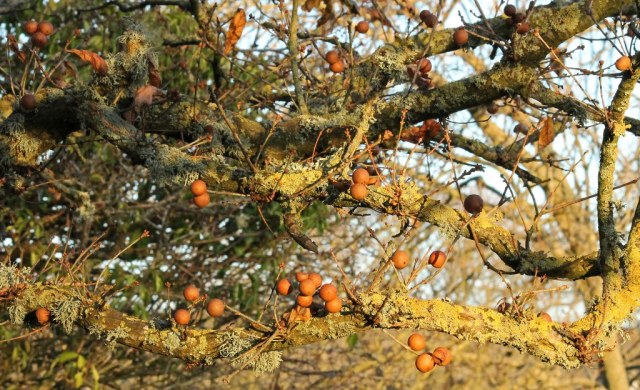 No doubt you’ve seen plants with abnormal growths that evoke images of tumours or warts in animals. These are galls, which are caused by invasive agents such as viruses, nematodes, mites and insects. When a plant is invaded by a gall-forming organism, it produces hormones that make the cells in the affected area enlarge and multiply quickly, creating bizarre deformations in an array of colours, shapes and sizes. Some plants are severely weakened by galls (the French wine industry was devastated in the 1860s by the grape gall), but many show no ill effects. 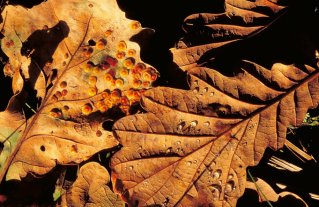 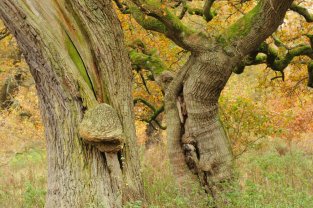 A gall on the Cadzow Oaks. ©Lorne Gill/SNH/2020VISION

Gall midges or gall gnats (Family Cecidomyiidae) and gall wasps (Family Cynipidae) are the main gall-forming organisms, but it is the wasps that are particularly important for oak trees. Of the 90 or so gall wasps in Britain, 42 are parasitic on oaks. Worldwide, about 1000 species of cynipid wasps have been identified, predominantly in the Northern hemisphere.

Galls often act as ‘resource sinks’, drawing chemical compounds from other parts of the plant. In the case of trees, galls concentrate high levels of tannic acid, a substance used throughout the world to produce traditional medicines, hair dyes and tanning agents. But tannic acid from tree galls, particularly from oak, has a special historical significance: combined with iron salts, it forms a bluish-black substance that has been used as ink since about 2,000 BC. From the 5th century to the early 20th century, crushed oak galls were mixed with water, iron sulphate and gum arabic to make gall ink, which was the main medium for writing and drawing in the Western world. Medieval monks relied on gall ink to copy many of the surviving manuscripts from the Middle Ages. Old music scores, drawings, letters, maps, wills, book-keeping records, ship logs, etc. were produced with gall ink. In the words of entomologist George McGavin, “this indelible ink has preserved for posterity the Magna Carta, the American Declaration of Independence, the drawings of Leonardo da Vinci and the notes of Charles Darwin to name but a few.” 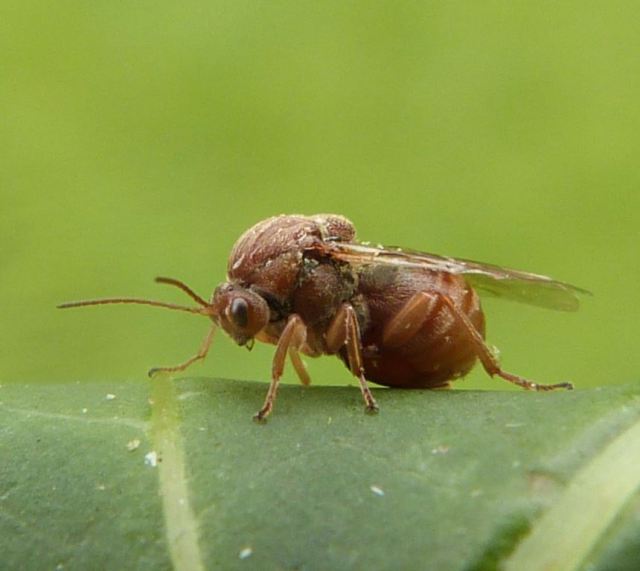 And now we are closing in on our tiny wasp.

Gall wasps are very small and difficult to spot, since they spend most of their life inside the galls. So it is not surprising that we know very little about their biology and ecology; for many species, there are no recorded males. Nonetheless, Andricus kollari, our highlighted species, can be identified by the galls it produces, which look like marbles hanging from oak twigs – hence known as oak marble galls. This species is not native to Britain; it was deliberately introduced to England from the Middle East around 1840 for the manufacture of inks and dyes and cloth dying. Within 40 years, the wasp had spread to the north of Scotland, and it is now found across Great Britain. 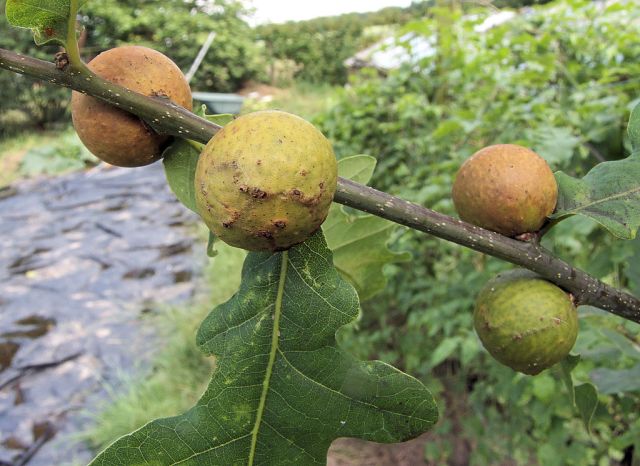 The oak marble gall wasp arrived too late to make as great a contribution to our written heritage as other gall wasps; nonetheless, this species has a place in our history as an example of entrepreneurship during Victorian times, when the natural world was seen as a source of novelty, wealth and progress.