The scunner of another ripped manicure

Pruning away the dead wood of a champion crab apple causes huge amounts of pain and grief to Jim Carruthers, Battleby’s gardener, but every year he, and all of Battleby’s staff and visitors, are rewarded with the most spectacular froth of blossom. 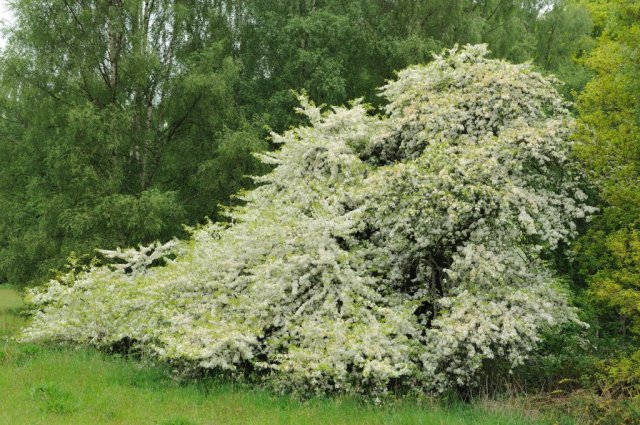 Every back end I despair. Given the dreich sloughed over all Scotland at this time I know I’m not alone but the particular source of my groaning is a venerable crab apple tree. I go under its canopy, a 10m-wide spread like a horse mushroom and look at all the broken wood. That sinking feeling is there again, when you know what’s coming, the awkward hours spent ruining your manicure and coiffeur.

It is hard, the wood, the work. I tell myself that, although it is dark, it is dry but, as with cycling and bonfires, the wind’s always in your face and it brings the saw dust into your eyes and mouth as well as your hair. The dust is fine because the wood is hard, more so when dead. The wood is hard to hold and difficult to manoeuvre because of the spines and the interwoven matrix of branches. Snagging of clothes is common, screevings of arms de rigeur. 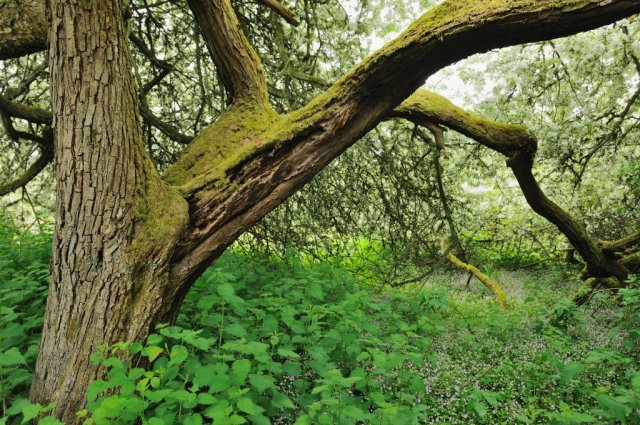 “Sieboldii!” shouted Geronimo, the Dutch eco-arborist. “We had it as toringoides” I ventured with hesitation. Owen, the Tree Registrar of Britain and Ireland puts us right. “Toringo”. He then added “Neither of you are really wrong but toringo is the right name.”

Toringo, it sounded like a drink for adolescents, something that would turn your tongue yellow and your innards to mush. It turns out this specimen has the largest girth of any Malus toringo, to give it its full name, in all the British Isles. A champion, a venerable champion.

Each year, when I’m pruning away the dead and broken wood, I make piles and vow to take the branches away sometime for kindling, wee barbecues or for smoking trout. Every year I fail that vow; the thought of blunting my saws further, rending another manicure for something so inessential holds sway. Having to buy another combination of Radox and Old Poultney, the only known treatment, is too thrawn a prospect. 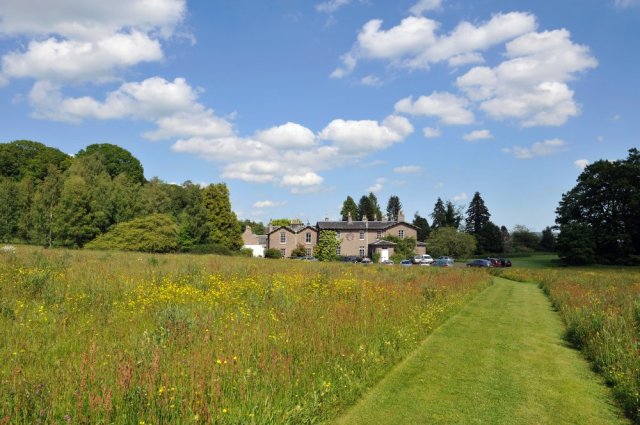 At some point during this brutality a dwam appears and I, as torture victims tend to, dive in. I salute the trees of Hallaig individually, have lunch in a Turkish seaside restaurant, name my newly-bred crab ‘Aforethought’. Even the best of dwams cannot prevail and it’s a case of when, not if, the torture reconvenes. This time a bramble has lassoed my leg; cue loss of balance and gain of pain.

This crab flowers very profusely. Crabs do tend to flower well and are attractive to wildlife, bees in particular. As is the case with most members of the rose family, exceptions being the over-bred cultivars of whatever genus. But this is exceptionally profuse. The word ‘profuse’ is overused, especially in catalogues and garden centres but not with this specimen. Some of the branches I saw away at would have flowered way back in the 1940s and 50s when it overlooked a wee golf course and saw pheasants being driven down to the guns waiting below the Atlantic cedars. The golf course is gone and, after spells as grazing and lawn, is now replaced by a wildflower meadow. The orchids come out into flower as the crab fades. Each year the meadow is cut in early autumn once the orchid and other wildflower seeds are set. About the same time the pheasant season starts and the birds come like refugees to find sanctuary from the neighbouring shoots. 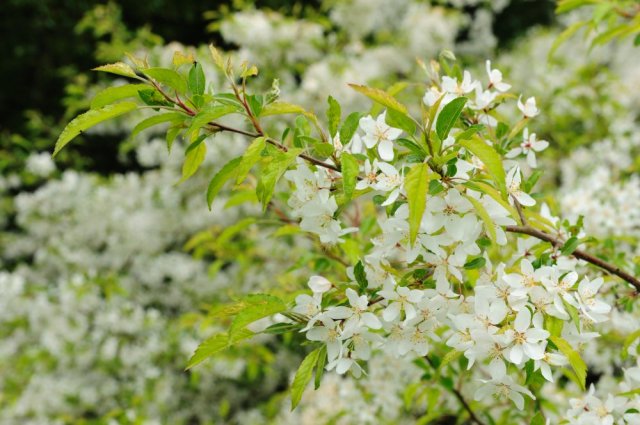 The blindingly white blossom of the Malus toringo.

Every May I revel in its flowering, blindingly white on a sunny afternoon, unfailing despite the damage brought on by the recent prevalence of gales and claggy snows. But when it’s December and I’m underneath it I despair; one of these springs, I know the chances are, it is just not going to be there. Fruit trees, particularly pears, can limp away on for centuries. Despite my concerns for its wellbeing, there is a slow realisation. This is after all a tree that witnessed the birth of the NHS, the ghosting of John White, the emergence of Kelman and the passing of stooks and steel.

Aye, it’ll be the toringo that sees me off and no the other way round.

Battleby is SNH’s Tayside Area office and is also a fabulous conference centre suitable for events of all sizes. The extensive grounds are open to the public all year round. You can find out more about it here.