The bare necessities of informed wildlife management are that we can assess how populations respond to environmental change and management. To support the sustainable management of Scottish mountain hares, Scottish Natural Heritage is working with scientists from the James Hutton Institute and the Game & Wildlife Conservation Trust to trial methods of estimating mountain hare numbers.

Understanding how the distribution and abundance of animals change from place to place and over time is a central aim of ecology and necessary to inform wildlife management. Yet it remains one of the most challenging areas of wildlife ecology. Survey methods must be tailored to the survey objectives, habitat, and species. In many cases indices, or proxies, of animal abundance or density (e.g. hunting statistics, transect counts), are sufficient to monitor changes in population size and inform management actions or assess population responses to management. In some cases estimates of absolute abundance or density are required to support detailed management of local populations. 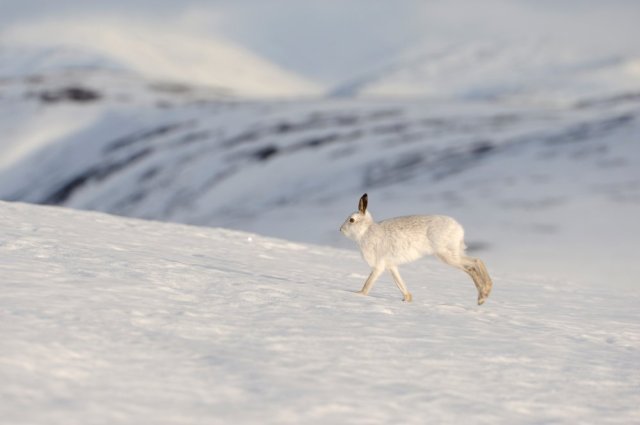 The mountain hare is the UK’s only native lagomorph (rabbits and brown hares are introduced species); it is a species of conservation concern, is listed under UK and EU conservation legislation, and is an important prey species for other animals, notably golden eagles. In addition, the mountain hare has been a traditional game species for hundreds of years, and may also be culled to protect woodlands, forestry and crops. In some cases large numbers may be culled as part of attempts to control ticks and tick-borne diseases that can affect red grouse.

The impact of sport shooting or culling on hare populations is, however, poorly understood. We do, however, know, from long-term hunting records and the few intensive studies that have been carried out, that numbers can fluctuate widely (up to ten-fold over the course of a decade). We also know that mountain hares have limited dispersal – leverets in particular tend not to move far from where they were born. The likelihood of local extinction increases when populations are isolated due to habitat fragmentation because it is difficult for hares to recolonise from elsewhere.

Why should we quantify mountain hare population size? This is essential to meeting our obligations under EU conservation legislation whereby the UK has a duty to report on the status of the UK mountain hare population. Critically, knowledge of the actual abundance or density of mountain hares, as opposed to indices of population size and population change, can be used to inform detailed local management of mountain hares. For example, estimates of hare density could be used to assess the potential grazing impacts of hares on woodland, set cull levels, or to inform sustainable harvest plans. In short, developing a set of reliable methods for estimating mountain hare numbers that could be used by non-specialists, and can be applied in all areas with a range of hare densities, in different habitats and at different spatial scales, is a high priority for a wide range of stakeholders. However, no simple and widely applicable method has yet been developed and validated. 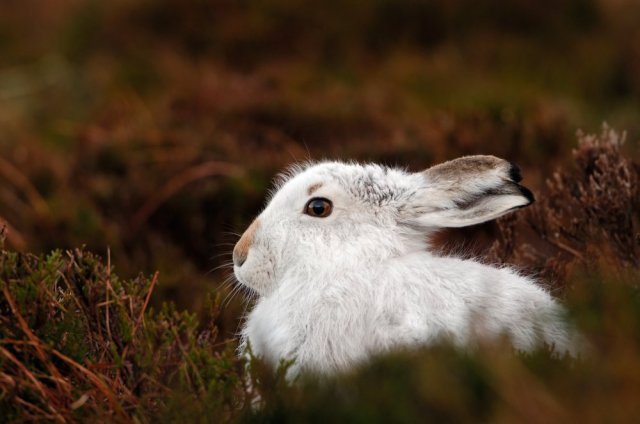 Our team is trialling different survey methods side-by-side to assess how they compare when they are applied in exactly the same area, vegetation type, and time of year. Methods under investigation include:

Distance sampling, and capture-recapture methods especially, are time-consuming and complicated ways to estimate population density, but generally give good population estimates. We use these methods as our baseline to obtain rigorous density estimates against which we can compare and calibrate other methods.

We are now coming to the end of the second year of the project. During this time, we have applied all of the survey methods to six study sites and aim to survey four more areas this coming winter. The data from this project will then be combined with existing data from other projects to assess how well the different methods compare. It is hoped that the final output will be tools to enable a better understanding of mountain hare numbers.