Invasive Species Week starts today, as Iain Macdonald an SNH Biodiversity Adviser reveals, and sees a week of events across the UK to raise awareness about the problems caused by invasive animal and plant species. The idea of the week is more about learning about what can be done, rather than actually going out to ‘do battle’.

Looking out of the office window at the snowy Monadhliaths mountains on a grey Monday, the first week in March is perhaps not the ideal time to be poking about in a Scottish river or looking for plants which are out of sight underground? Today is a good day to sit in a warm room and to make a plan of attack.

Why the fuss? By now you might have read about the cost of dealing with invasive species, estimated at £1.7 billion to the UK economy. However did you know that, after habitat destruction, invasive species are the second biggest threat to world-wide biodiversity? That’s according to the International Union for Conservation of Nature (IUCN), a body which knows more than a little about nature. IUCN also notes that on islands, non-native species are ‘undisputedly’ the single biggest threat.

Now one fact, sometimes overlooked, is that every single one of us living in the British Isles lives on an island. The clue is in the title. A couple of the islands are I concede quite large, but most are small and especially at risk. Breeding birds are possibly the easiest example to visualise of what can happen when the right species ends up in the wrong place. Hedgehogs on South Uist, American mink on the Western Isles, or even brown rats on Canna. 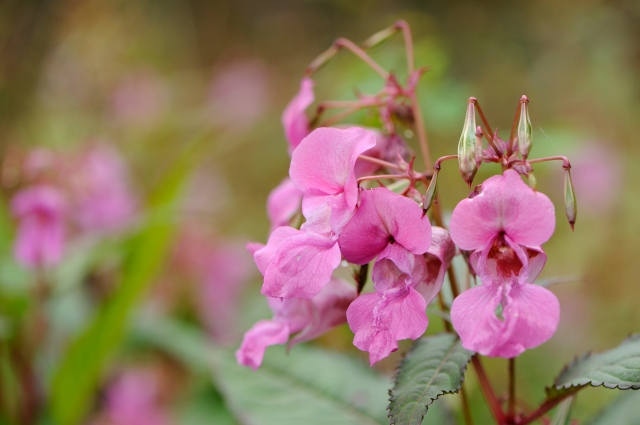 There are various ways to take part, either this week or later in the year. Local action groups are active around Scotland, Check Clean Dry GB, celebrating its fifth birthday this week, sets excellent principals for water sports to follow and wildlife recording groups are always delighted to receive records. People often don’t report non-native species, I don’t know why. Possibly they assume that someone else has reporting the species because it stands out? Possibly they think that conservationists are only interested in rare native species?

The truth is that I actually wouldn’t mind helping outside even during the first week of March. One of my complaints is that I never seem to get out of the office, I longingly look out of the window at those mountains and that is about as close as I seem to get to ‘real’ wildlife. Weekends though are a different matter.

Rhododendron – one of the most invasive non-native plants in Scotland

On one such weekend a couple of years ago I went past some large ponds buried amongst whin bushes. I was looking for dragonflies. What I found was pea and ham soup, not literally, but the same colour and from a distance exactly the same texture. The ponds were completely covered by New Zealand pygmy weed, one of the real ‘nasties’. Had I not reported the sighting nobody might have planned what to do next. I felt like I had made ‘a difference’ and it felt ‘good’.

Further information on events taking place during the week can be found here: