Species of the month – Brandt’s bat

Posted on February 2, 2016 by NatureScot

Bats are notoriously tricky beasts to study. They’re small, nocturnal, can fly fast and many of the species look very similar. And when they’re not out and about, they are experts at hiding away in small cavities in buildings and trees or underground, making them very difficult to detect.

Consequently it is not surprising that we are not sure how many species there are in Scotland – eight, nine, ten (or more)? One species, the Brandt’s bat (Myotis brandtii) has long been suspected to occur in southern Scotland as it is resident in neighbouring Cumbria and Northumberland, but until recently there was only one confirmed record from Scotland – a specimen in Perth museum, possibly collected in the Black Wood of Rannoch in 1874, however, there are conflicting published accounts of both the locality and the year of collection. It was originally identified as a whiskered bat, but later confirmed as Brandt’s. 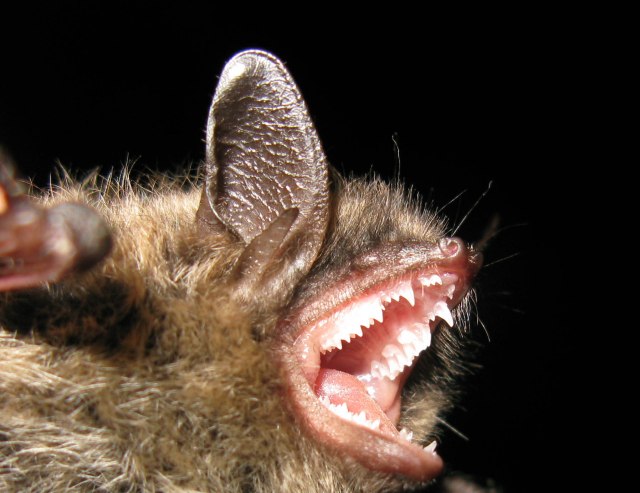 Brandt’s bat is one of the smallest British species and one the most difficult to identify; even experts find it hard to separate it from the closely-related whiskered bat. The most reliable method of identifying it is by DNA sequencing, but the pre-molar teeth and the shape of the male Brandt’s bats’ genitals can also be used. Because of the similarity between Brandt’s and whiskered bats, quite a few records for these species have been classed just as ‘whiskered/Brandt’s bats’.

In late 2013, however, during an inspection of a Forestry Commission building near Newton Stewart, evidence was found indicating that the building had been used as a bat roost. As all bats and their roost are legally protected, any work affecting them or their roost would require a licence from SNH, hence the need for a bat survey of the building.

Different bat species produce slightly different droppings and, despite being quite old (and therefore less likely to yield usable DNA for identification), the droppings were considered to be worthy of further investigation. A few were sent to the University of Warwick for DNA analysis. The results came back as Brandt’s bat! 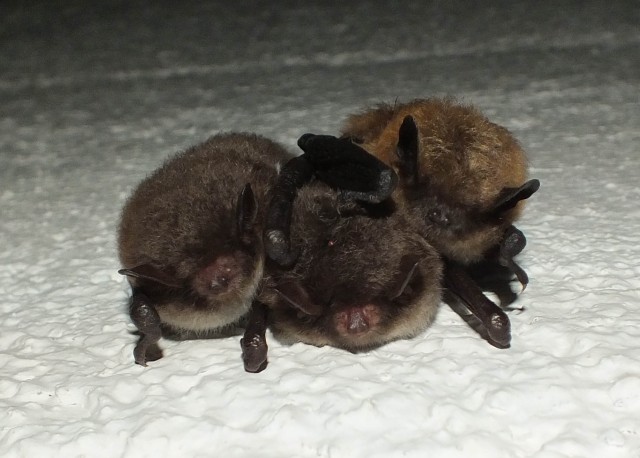 Ttwo Daubenton’s bats (left and middle) and a Brandt’s/whiskered bat on the right, in hibernation

The existence of droppings in a building strongly suggests that the bats were using the building as a roost, and its location, no further north than the known resident English population, implies that the bats were not just vagrants from England (or elsewhere) ending up in Galloway by accident. (Vagrant bats do occasionally turn up in some very unlikely places, including North Sea oil rigs and Shetland, which has no resident bats).

The presence of Brandt’s bats in this building suggests that they could occur over a wider area of southern Scotland. If so, it brings the number of Scottish species to nine and probably ten, because another species of uncertain status – the Nathusius’ pipistrelle – is regularly recorded during bat surveys across Scotland, but a confirmed roost of this species has yet to be found.

Bats play an important role: not only do they eat a lot of midges, but they can also show us how healthy our habitats are as whole. If bats are doing well, it’s more likely plants and insect populations are also thriving.

Find out more about Bats on our website at http://www.snh.gov.uk/protecting-scotlands-nature/protected-species/which-and-how/mammals/bat-protection/