Species of the month – wasp

I saw a wasp upon a wall

And so the creature had no time

To wonder whether he liked mine.

The maligned common wasp (Vespula vulgaris) as the species of the month? Wait, read on.  As Athayde Tonhasca explains, there is more to this insect than meets the eye. 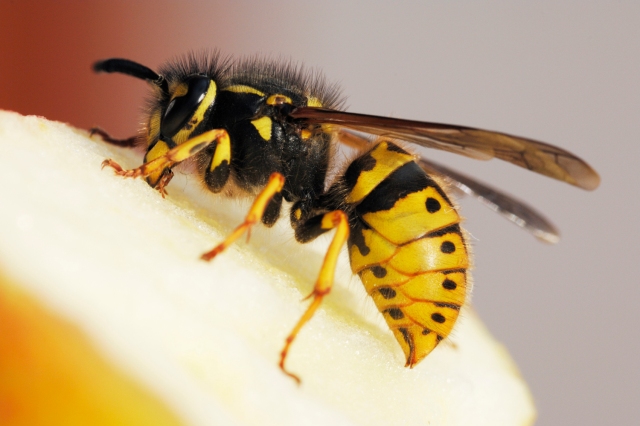 The common wasp and its close relative, the German wasp (Vespula germanica), feed mostly on high-energy sugars and carbohydrates from foods such as nectar and fruit. Its larvae, however, require soft-bodied invertebrates, particularly caterpillars, flies, spiders and beetle larvae, which are hunted by the adult wasps.

Researchers in New Zealand estimated that wasps capture ~0.8 to 4.8 million prey items per hectare per season (1.4 to 8.1 kg of prey/ha), which is equivalent to what is taken by all insectivorous birds in the same area. The figures for Scotland are likely to be much lower, but nonetheless it is evident that wasps are voracious predators, and thus gardeners’ allies.

Wasps may spoil your picnic, but without them, your party could have been deprived of bread, beer and wine. Yeast (specifically, Saccharomyces cerevisiae) has been fundamental to baking, brewing and winemaking throughout human history. In nature, yeast cells are found primarily on ripe fruits during the summer months. Since yeast is not airborne, it must rely on vectors to move from plant to plant. For years it has been assumed that birds or bees were responsible for transporting yeast cells, but nobody could explain how they survived the winter. Italian researchers suspected that wasps were involved since they feed on yeast-harbouring grapes, and their nests are hibernation havens.

The research team analysed samples from vineyards around Italy to find several species and hundreds of strains of yeast in the wasps’ guts. Some were related to wine strains of S. cerevisiae, others were similar to bread strains, and many were yeast living in the wild. Also, yeast survived the winter in the insects’ guts, and was transferred to the larvae via the food regurgitated by the queen. The team believed that other organisms such as birds are involved in the life cycle of yeasts, but wasps seem to be especially important. 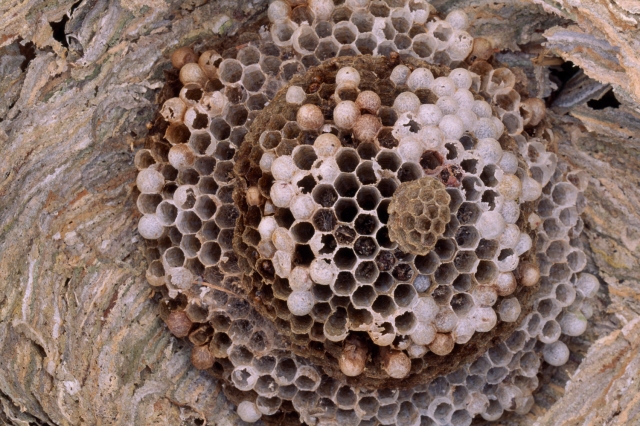 Wasps are also master engineers. They build their nest with a strong, lightweight and waterproof paper-like material produced by a mix of saliva and scrapped wood, which is chewed up to a pulp. The queen kick starts it by building a column and coating it with a chemical that repels ants. Then she builds cells around it, all in clusters of hexagonal units. Workers expand the nest by building more cells, ventilating them by vibrating their wings. The cells’ hexagonal configuration maximises strength and efficiency, as they demand the least amount of energy and building material.

Wasps are not aggressive outside the nest; when they hover persistently over your bottle of lemonade or sandwich, they are only interested in the food and will not deliberately attack you. The best strategy to avoid a close encounter is by minimising the chances of attracting them. Do not leave food exposed; keep it in sealed containers and put away the rubbish into lidded bins. If a wasp flies towards your food, wait for it to fly away; flailing your arms increases the chances of entrapping the wasp, which could then sting you. 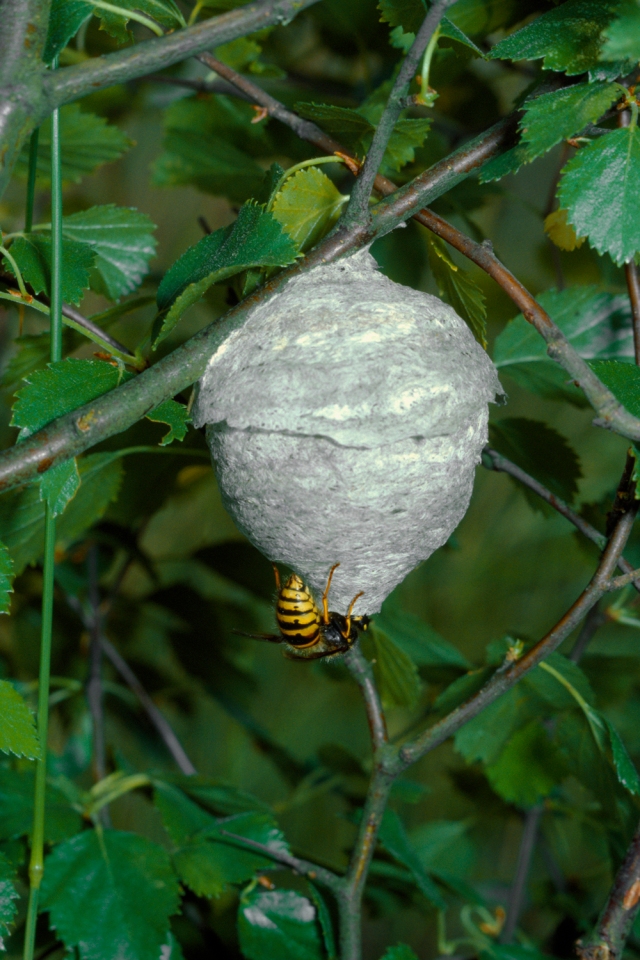 However, wasps will defend their nest aggressively if it is disturbed or threatened. If you find yourself near a nest, retreat without producing much vibration or noise. Take care with lawnmowers and other motorized equipment because they may trigger a defensive reaction.

Find out more about wasps @ http://www.bwars.com/index.php?q=wasp/vespidae/vespinae/vespula-vulgaris