There is more to a bog than bog

Dave Pickett, our reserve manager at Flanders Moss National Nature Reserve, reports from the ever-changing patchwork of colours that characterise one of the central belt’s hidden gems. This wild space is one of Britain’s largest, intact raised bogs. Extending over three square miles it is a special place and an internationally important habitat. 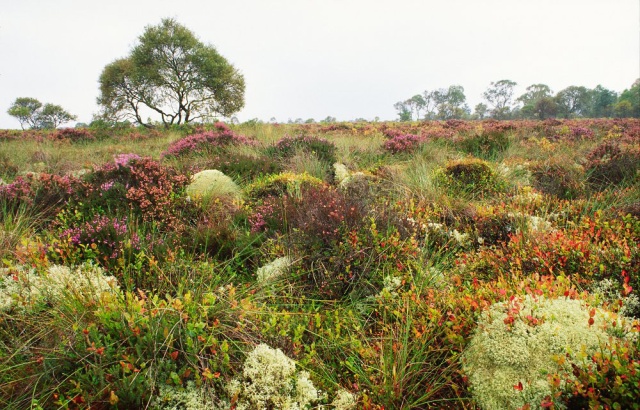 Lying in Scotland’s central belt is a nature reserve that offers something a little different. It is wild but accessible, tranquil but buzzing, soaking wet but you will keep your feet dry, peaceful but absolutely buzzing and one of Scotland’s biggest bogs but not that bad! It is Flanders Moss National Nature Reserve.

Don’t be put off by the name bog, behind the word is a special habitat with a multitude of riches to be enjoyed from special wildlife to unique landscapes with interesting histories. And Flanders Moss NNR is one of the biggest and least damaged bogs in the UK, it covers 860ha (over 2000 football pitches) but was once much bigger.

It lies on the Carse of Stirling, about 10 miles west of the city and is surrounded by rich farmland, some of which in the past was won from the bog by peatland clearances of an epic scale. Scottish Natural heritage has been working on Flanders for the last 30 years, to restore the bog habitat and to make it easier for people to visit the reserve. 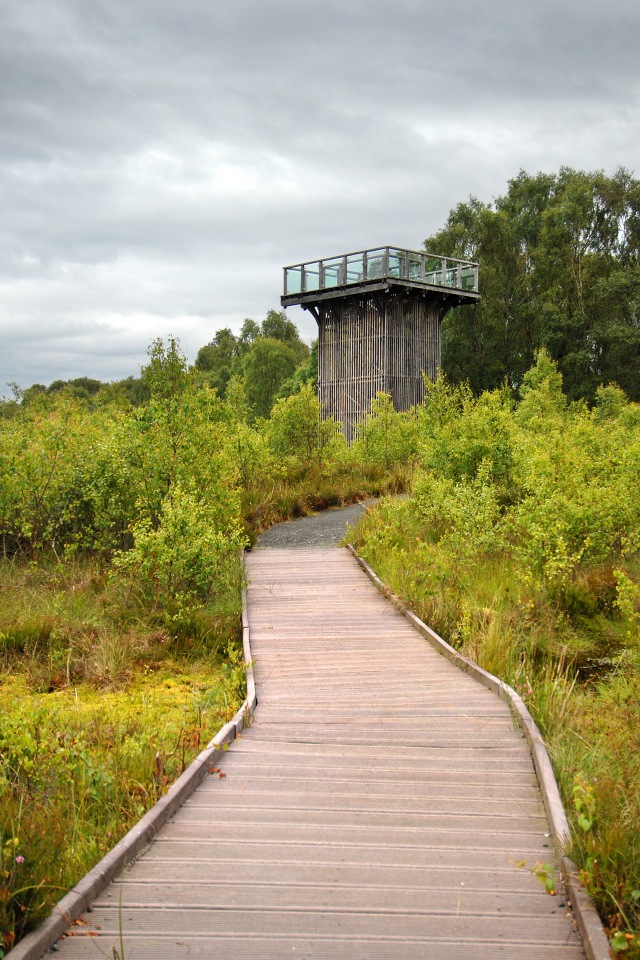 There is now a boardwalk and path that allows you to walk around a small corner of the site in dry feet and a viewing tower that lets you look out across the full extent of the bog and its setting of hills and mountains all round. The path from the car park to the open moss takes you from bleak farmland to the vibrant wild bog in a few steps.

Visitors on the boardwalk trail at Flanders Moss NNR,

A survey carried out on the many visitors to the moss brought to light a few surprises of how and why people used the reserve. Though many came first because it was a nature reserve, it appears that it is the feel and atmosphere of the bog that people actually enjoy. The most common words used to describe it were quiet, peaceful, different, atmosphere and accessible. And in order of popularity the things people liked the most were the quiet, the tower, the peace, the wildlife, the colours and the view.

One visitor said that she always stopped at the moss with her children when returning from parties as it was the best way of calming them down. And though the path is only just under 1 km long and is a flat easy surface that is accessible to all, the average time spent by visitors at the reserve was nearly 1 hour. Some didn’t dawdle quite some much, with the great views and easy path making it popular for health walks and even short jogs!

So if you want to sample a bit of wilderness, escape the rat race and enjoy the peace, take in some special wildlife, sample the birdsong and just chill then why not take the bog road at Flanders Moss.

Find out how to get to Flanders Moss NNR at http://www.nnr-scotland.org.uk/flanders-moss/visiting/