All systems go for residents of Noss NNR

Posted on May 28, 2015 by Scottish Natural Heritage

Craig Nisbet is the Reserve Manager at our Noss National Nature Reserve. It is one of two Shetland reserves we have and a haven for all sorts of seabirds (and much more besides).  Here Craig gives us the first of what we intend to be several updates from a truly stunning location.

After a long and windy winter in Shetland, life is beginning to swing back into action on Noss. The first step was welcoming our resident breeders back from migrations near and far. Whilst gannets and fulmars had already established territories upon the wardens’ arrival, other seabirds had considerably further to travel, with Arctic terns (Tirricks as they’re known in Shetland) having returned from Antarctica, and Arctic skuas (Scootie Allans) also returning late from the southern hemisphere. 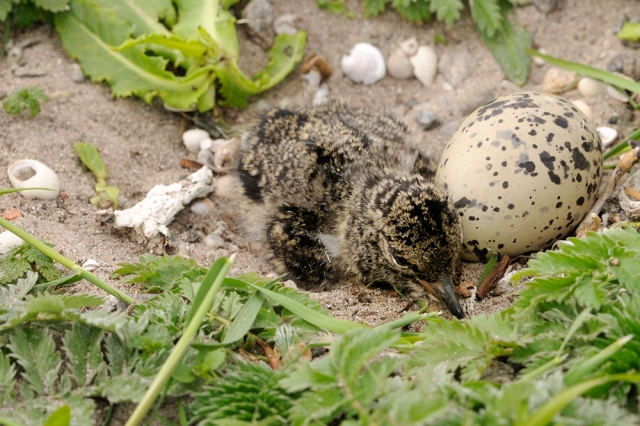 Happily, all breeding species are now present and accounted for, and among the early starters were oystercatchers, gannets and ravens. Oystercatchers spend their time defending their well-camouflaged eggs from would-be predators which include Arctic skuas and ravens. The ravens, in turn, are looking to feed hungry mouths, with the most easily observable of three nests currently holding a brood of four nestlings. Fledging is imminent, upon which time there will be a short period of chaos as large and clumsy black youngsters take to the skies for the first time.

Gannets spend longest rearing their young, and by the end of the wardens’ season some may still be yet to fledge, while many others will have made it no further than the sea, relying on the excess body fat stored up whilst being well fed by both parents on the nest. 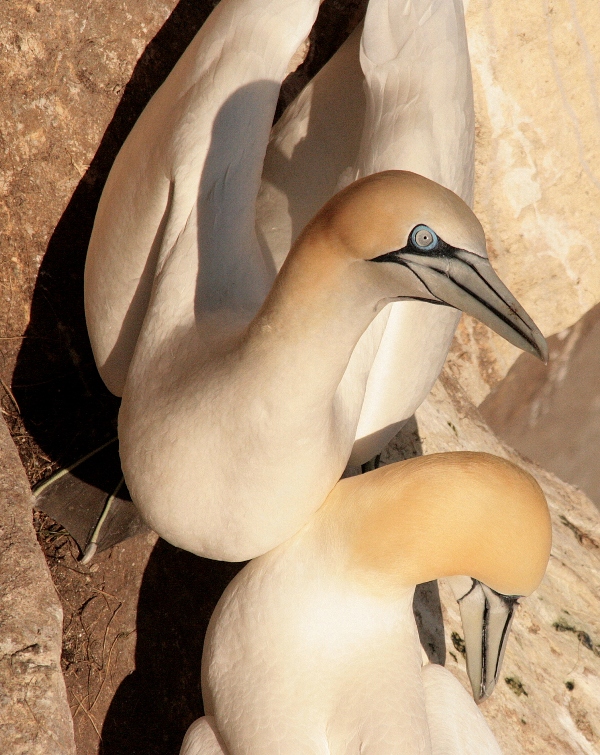 Elsewhere, shags are ahead of schedule, with chicks growing rapidly on well-constructed nests situated low down on the cliffs and in caves.

The ever popular clowns of the sea are also now back on territory, with many puffins now incubating in burrows, and many more seen either out at sea or returning to the cliff tops. The other three British Auks are also breeding on Noss, with an all-island count of guillemots and razorbills to commence next week, and an all-island count of Black Guillemots (better known as Tysties up north) revealed 100 adults in April. 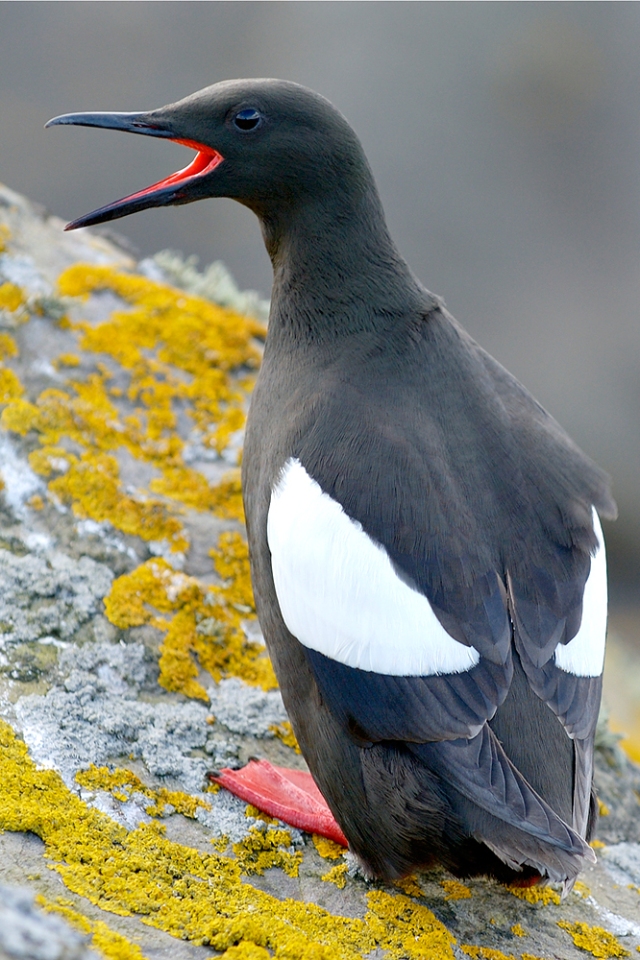 Passerines are also now holding territory amongst the Bonxies throughout the central parts of the island, with the sound of skylarks’, meadow pipits’ and wheatears’ songs filling the air on clear days. Other sounds to listen out for include the drumming of snipe, as they display high above and out of view, or possibly even the call of a distant and very rare visitor, as a nightingale enters its third week on Noss, exciting both the wardens, and numerous birders that have so far made the visit. Only the second record for Noss, and a real rarity for Shetland and even Scotland. How much longer it’s likely to stay is unfortunately anyone’s guess, but it has been a welcome sign of migration and a timely reminder that in Shetland its always worth expecting the unexpected!

FINDING OUT MORE ABOUT NOSS

OPEN DAY :  This year we’re celebrating the 60th anniversary of designation as a National Nature Reserve on Noss with the production of assorted postcards of some of the stars of this seabird city, which will be available by our free annual Open Day, this year taking place on Saturday 4th July. But we’re open to the public throughout the season, and are easily accessible using our small ferry across Noss Sound which runs daily (excluding Mondays and Thursdays) between 10am and 5pm, right through until 30th August 2015, sea state permitting. To avoid disappointment on any given day, do make sure you call the Noss information line on 0800 107 7818 to ensure the ferry service is operating.

FACEBOOK PAGE : Our reserve manager has also started up a ‘Birds of Noss’ Facebook group. For regular news, pictures and updates from the wardens throughout the season, and to share your own thoughts and images from this magical place, be sure to join the group.