Species of the month – Scottish primrose

This small plant is one of the very few species found in Scotland and nowhere else in the world. Within Scotland, it grows in only a small part of the north mainland coast and some of the islands in Orkney.

In some of the sites where it grows, there might be a few hundred plants. In others, there can be many thousands. Among those plants, only a minority flower in any one year – so, like many good encounters with nature, Scottish primrose brings with it an element of surprise and luck.

To recognise Scottish primrose, forget about ideas of garden primroses or the ones you might see in spring along woodland paths or sunny grassland slopes. That will give you completely the wrong idea of size. And also take care which tourist postcards you look at: a surprising number of cards in the north of Scotland display the flower as if it was the size of a woodland primrose.

But no: part of the beauty of the Scottish primrose is that its flowers are tiny. You could fit one on your smallest fingernail and still have room to spare. Within that small package, notice a purple-pink flower, about 8 mm wide, with five heart-shaped petals and a yellow throat, at the end of a tube only 7–10 mm in length. The spoon-shaped leaves are arranged in a rosette, and look a little like very small cabbages. That’s how most plants will look in a colony in summer. But some will have two to six flowers on a short vertical stem, perhaps 4 cm high.

The geographic range of the Scottish primrose is extremely limited. On the mainland, it grows close to the coast from south of Wick in Caithness to Cape Wrath in Sutherland. The distance between the most widely separated of these populations is only about 150 km. Meanwhile, in Orkney, it has a liking for western islands in the group, including Hoy and South Walls, Rousay, Westray and Papa Westray. However, it also grows on Shapinsay and the Orkney mainland.

So the only sites in the world for this beautiful, tiny plant are near or at the coasts of Caithness, Sutherland and some of the Orkney islands.

Scottish primrose is a picky little plant. Its requirements are narrow, in more ways than one. It mostly occurs very close to coasts, where it likes to grow in open vegetation, such as near cliff tops or in wet areas that run down towards the shore. Part of the reason for this could be that it doesn’t seem to be able to compete with the taller plants that can thrive away from the zone of low-growing coastal plants near the sea.

In Orkney, it tends to be found just inland of where the salt spray is heaviest, but it doesn’t spread inland beyond where small, salt-tolerant shrubs and herbs grow. In Caithness, it grows on steep slopes near the sea, where there’s some bare ground and shelter, such as the sides of coastal paths. 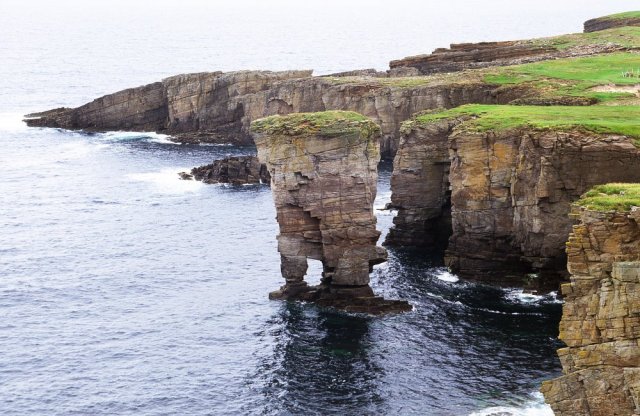 In Sutherland, Scottish primrose uses headlands or the slopes that lead from these. Some populations grow a little farther inland, associated with certain kinds of sedge, and others between sand dunes near the north coast, where rabbits help to keep the grassland close cropped.

Catering for the needs of Scottish primrose is difficult. It likes to grow in short vegetation, which could be maintained by grazing animals, including sheep, cattle and rabbits. But too much grazing – and grazing in summer, when it’s setting seed – could harm it. On top of that, using fertilisers on grasslands near the coast can boost the kinds of plants that can crowd out and shade Scottish primrose. So farmers in the coastal areas where this plant grows have a special challenge – and opportunity – to help it, provided they’re given good advice.

This is also a species that could be vulnerable to climate change. In principle, slightly warmer conditions might suit it, as it grows better in milder conditions. But increased winter storminess (linked to warming) could have a big impact on some of the clifftop plant communities in which it grows.

Two farmers on the Orkney island of South Walls began a project in the late 1980s to benefit Scottish primrose and some other special plants. Their aim was to use carefully controlled grazing to boost scarce plants (especially Scottish primrose) on the grasslands and heaths on their farm and a neighbouring nature reserve, while supporting a healthy and profitable sheep flock. They demonstrated that by leaving the richest grasslands and heaths ungrazed in spring and summer, areas rich in flowers would develop. Once plants had set seed in autumn, the flock would then graze them before they were flattened by autumn and winter storms, keeping the sward short and open, just as Scottish primrose likes.

The results were impressive. Scottish primrose numbers increased fivefold over 10 years to several thousand plants, while many other plants (and wildlife such as birds and insects) also benefited.

Spring: Plants that have survived the winter can be hard to see in the coastal pastures and other sites where Scottish primrose grows. Leaves grow and then the first of two flowering periods follows. This is often in late May.

Summer: Some plants are still in flower early in the season. After a gap, the second flowering is in July and typically has more plants in bloom. Gales and low temperatures can reduce flowering and so have an impact on seedling production in the following year.

Autumn: A few plants from the second flowering period may still be in flower in August. But most of those that did flower this year will have finished and set seed.

Winter: This is the season when storms and heavy salt spray can erode coastal heaths and kill Scottish primroses. It’s time to lie low, almost invisible in the turf. 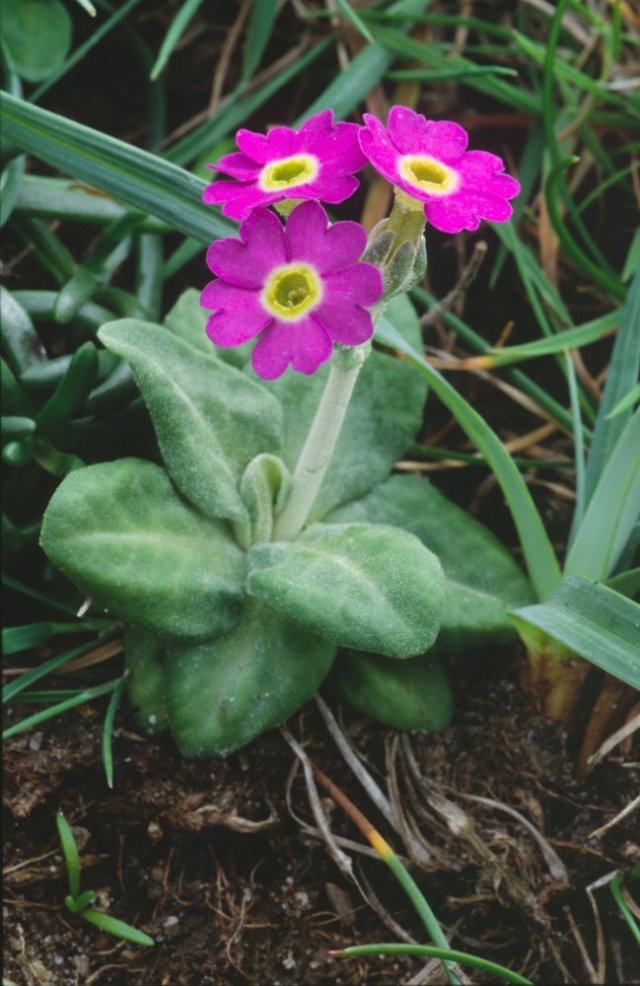 Like Loading...
This entry was posted in Flowers, Species of the month and tagged flowers, northern Scotland, Orkney, Scottish primrose, Yesnaby. Bookmark the permalink.
Loading Comments...