With the recent death of Dick Balharry we lost a friend, colleague and formidable champion of wild land. A largely self-taught naturalist, Dick was created a MBE in 1996, and received an Honorary Doctorate in Science from Abertay University in 2010. 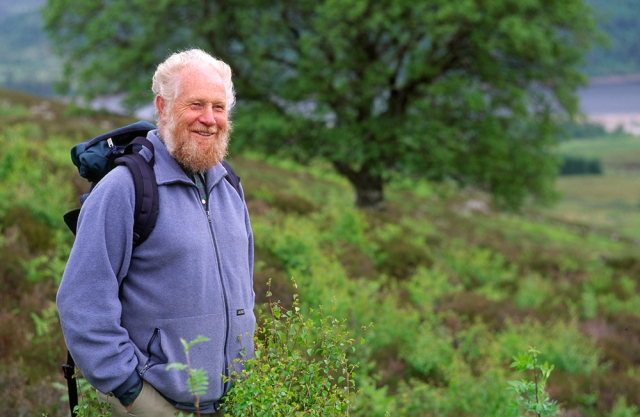 He began his working life as an under-keeper in Argyll and joined the Nature Conservancy aged 24 in May 1962 as warden of Britain’s first National Nature Reserve, Beinn Eighe. There, Dick pioneered the regeneration of native pine woodland, and set forth on an extraordinary journey reviving the uplands and woodlands of the Scottish Highlands – with influences far beyond reaching into the furthest corners of Europe. 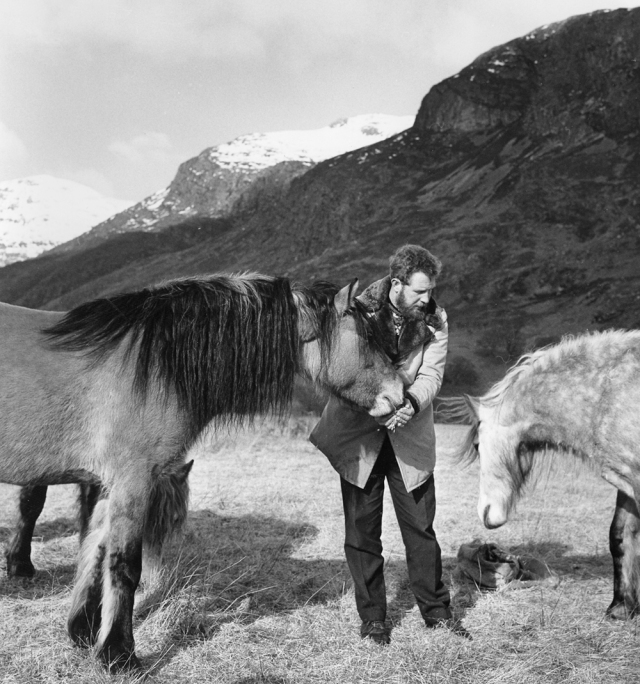 Dick played a pivotal role in the management of Creag Meagaidh NNR when the Nature Conservancy Council bought it in 1985, and he worked tirelessly to reveal the great benefits of effective deer control to enable woodland regeneration. He was an astute land manager, with a deep understanding of the complex impacts of deer, sheep, and burning on hill and woodland landscapes.

Glenfeshie benefitted from his expert judgement and effective influence as conservationist and wildlife manager, and it was fitting that here Dick received The Royal Scottish Geographical Society’s prestigious Geddes Environmental Medal just over a week before he died. His acceptance speech presents a masterly vision for land use in Scotland: http://rsgs.org/dickbalharrysvisionforlanduseinscotland/

Dick retired from Scottish Natural Heritage in 1997, as Area Manager for Badenoch and Strathspey, Moray and Nairn, but then launched into a range of ambassadorial and senior management roles. He chaired the John Muir Trust from 2003 to 2010, and in January 2010 was appointed interim Chairman of the National Trust for Scotland, succeeded in the autumn by Sir Kenneth Calman. He also chaired the Local Access Forum for the Cairngorms National Park, was President of the Ramblers Association Scotland, and in 2008 completed an eight-year term on the North Board of the Scottish Environment Protection Agency. 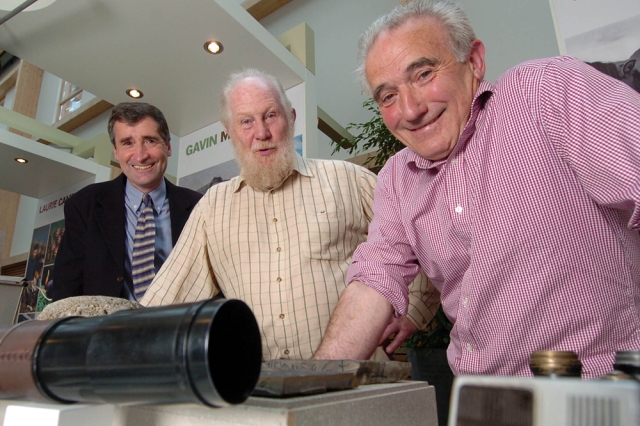 He was a highly sought-after lecturer and debater in large public gatherings, and gave brilliantly illustrated talks peppered with rich anecdotes and asides. Golden eagles, pine martens and Scots pines were his ‘specialist subjects’, as his dear friend and founder chairman of Scottish Natural Heritage, the late Magnus Magnusson, used to tease Dick; had he appeared on ‘Mastermind’ he would have been triumphant.

His wife Adeline, children and grandchildren, were hugely loved by Dick, and they played devotedly special roles in supporting him during his illness, and with exceptional dignity at Glenfeshie on 18 April for Dick’s final public appearance.

You can listen to Dick Balharry’s final interview on Radio Scotland’s Out of Doors here http://www.bbc.co.uk/programmes/p02q2qdn 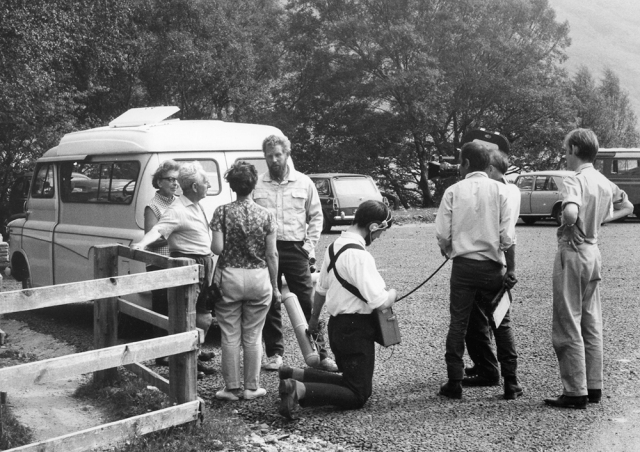 Dick Balharry being interviewed many years ago