Many of us can point to a book that helped to get us interested in nature. This year we are running a project called ‘BookWood’, as part of the Scotland’s Nature Festival, to find out which books inspired our Facebook and Twitter audiences. We will then make those books available in Princes Street Gardens for others to share. 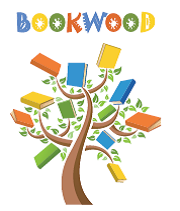 Our facebook campaign, which is being supported by BBCs Out of Doors and will feature on their programme, will tell us which books were inspirational to our readers. Once we gather in the results we will aim to make copies of the most popular books available for others to enjoy and hopefully share.

We will also invite those who end up taking a book from Princes Street Gardens to contact us and let us know what made them pick a particular book from those on offer. The results of this conversation will appear on our facebook page @ https://www.facebook.com/ScottishNaturalHeritage

After folks have read the book, we will ask them to ‘release it’ back into the world for somebody else to enjoy. Readers could leave their copy in a café, on a train, on a bus, or maybe even somewhere in the beautiful Scottish countryside.  We will encourage people to let us know where they left their book. Each book will carry a small label explaining why the book is being shared with our facebook contact details.

What book inspired you?

In the run up to the Scotland’s Nature Festival we have been asking our colleagues, which books inspired them to take an interest in nature, and perhaps some of these are on your list?

Zeshan Akhter (Biodiversity Team) … “While I was at university, I read Ring of Bright Water by Gavin Maxwell. I was intrigued to read about how the author had visited the marshlands in Iraq and brought back an otter to Scotland. I have eastern roots – there is a history of movement of people between Iraq to Pakistan – where my family is from. So the fact that the author had gone to Iraq created an instant connection with the book. Then the evocative descriptions of Sandaig on the west coast of Scotland, where the author lived and devoted himself to the care of otters, captured my imagination. I subsequently visited Sandaig and found it to be just as ethereal as Gavin Maxwell had described. It’s such a hidden corner of the world and so staggeringly beautiful.”

Susan Davies (Chief Executive) – “Looking back 30 years or so one of the books that intrigued me was ‘The Zoo Quest Expeditions’ by David Attenborough.  He took us on journeys to Guyana, Borneo and Paraguay in the quest for animals to collect for zoos. The book had an element of stealth, of anticipation, intrigue and fascination at the beauty of our natural world and of the care for the animals collected.  It wasn’t all about the wildlife though as the book also gave an insight into the ways of life of many local communities and individual characters. Nature conservation practices have of course moved on considerably since this collection era.  For me Zoo Quest shows just how far we have come from collecting individual species, to understanding their ecology and status, to in situ conservation techniques and now whole landscape-scale conservation approaches.”

Susan Webster ( Communications Team) … “A friend gave me a copy of Kathleen Jamie’s ‘Findings’. Kathleen lives in Newburgh on the River Tay so the Scottish references were extremely resonant with me. I would advise anyone keen to explore nature writers to start with Findings. It is a double cream book, a dollop of richness at a time, worth reading and reflecting on – particularly if you can take a walk in nature yourself. She makes you stop and look at things in a new light – ‘finding’ your way into the richness of nature and language. Also Aldo Leopold’s ‘A Sand County Almanac’ which ( combined with Rachel Carson’s ‘Silent Spring’ and Barbara Ward/Rene Dubos’ ‘Only One Earth’ – now I am giving my age away!) took me from a literature student to an environmentalist overnight.”

Catriona Reid, (Muir of Dinnet, NNR Manager) … “Firstly, let me say my favourite book is Lord of the Rings. And my favourite author is the late, great Terry Pratchett. Not too much to do with nature there, you might think, and, to a great extent, you’d be right. But these books got me reading and that’s the important bit…they equip you to find that book that may truly inspire you. Although, I must admit, my choice is going to be a slightly sentimental one, with ‘My Family and Other Animals’ by Gerald Durrrell . This was probably the first ‘nature’ book I ever read and I loved it. Here was someone else who actually looked at the world; saw all the small details like insects on a wall, described sunset so beautifully it hurt. I didn’t know other people felt like that too and it made me feel less like I would scare the normal people if I tried to talk about my love for nature! It is wonderfully descriptive, gloriously eccentric and funny in places, much like real life can be. So I’d pick this as my favourite ‘nature’ book, with probably Simon Barnes’s ‘How to Be a Bad Birdwatcher’ in second place.”

Iain Macdonald (Biodiversity Team) … “Difficult to pick the first book that inspired me. The first would have been one of the Ladybird series. ‘Chicken Licken’ was a favourite, so was ‘Three little pigs’. I guess I liked the fox and wolf as well as the chicken and pigs, but then I also liked ‘Three Billy Goats Gruff’ and there aren’t that many trolls out there, are there? I just liked animals and that led onto ‘nature’. From an early age I can recall reading over and over ‘How to watch wildlife’ by David Stephen. I can still remember reading it, wind whining, feet on a hot water bottle and moths bouncing off the bed-side light.”

Jim Jeffrey (Social media team) … “One of the first books I can recall dipping into time and time again was the Observer Book of Birds. Later I really enjoyed the writing of Tom Weir with his seamless mix of natural and social history, and he had a lovely knack of making what lay on your doorstep exciting.”

Caroline Anderson (Planning & Renewables and Argyll & Outer Hebrides)….”As a small child my great aunt gave me a copy of Para Handy by Neil Munro, the stories made me laugh and it was made all the more special as quite a lot of it was set in local villages very familiar to me. More recently I absolutely adored ‘The Yellow on the Broom’ by Betsy Whyte.  Betsy born and brought up by the travelling community, living life according to the seasons and the work that came along as a result – berry picking and tattie howking.   It describes a way of life she loved and how hard it was to live in a house over the winter months waiting for the ‘yellow’ to appear on the broom. The signal for her and her family to take to the road for the summer months once again.”

Nicola Tallach (Area Officer, South Highland)….”The Learning tree by Ian Page was one of my favourite books when I was growing up. I can still picture the big cheery smile on the wise old chestnut ‘learning’ tree, although he sometimes frowned if the children in the story did something that might harm the environment (like pouring lemonade into the river!). The stories were all about looking after the environment and wildlife and ‘doing the right thing’. I’m sure one of the stories was about why we shouldn’t throw away rubbish which probably explains why my pockets were always stuffed full of empty wrappers when I was a kid and I still pick up rubbish when I’m out for a walk today!!”

Stewart Pritchard (Protected Places) … “As a child I wasn’t much into books – preferring to be out and about.  Whilst still in primary school I met a museum taxidermist and entomologist who gave me some (even then) old books including Maxwell Knight’s (1955) ‘Letters to a Young Naturalist’ and others on collecting butterflies.  Nearly forty years later I still haven’t read them!  If pressed to pick one that inspired me, I’d say the ‘AA Book of British Birds’ – a substantial book (more ‘coffee table’ than pocket guide) with lots of detailed bird drawings, and (importantly!) short informative texts on habits, nesting and identification.  I spent hours just flicking through and absorbing the pages.  Perhaps as a lasting effect of that fascination and effort, I have surprised myself on several occasions since by instantly recognising and naming birds I had never seen and didn’t know that I knew of.”

Des Thompson (Principal Adviser on Biodiversity) – Many books fired my imagination as a youngster. The Observer’s and Ladybird books on birds were special, and I have to confess matters came full circle in 1998 when, some thirty years on, I put the then then budding authors of The Observer’s Book of Observer’s Books in touch with the publisher of said book (a wonderful read for all ages, dealing with the 98 titles in the Pocket Series 1937-1982). In Christmas 1966 I got British Birds (third edition) by Frederick Kirkman and Francis Jourdain, wonderfully written with sumptuous paintings by Seaby (Plates 1 and 131 of raven, brilliant) , Lodge (Plate 145 of golden eagle carrying a mountain hare, terrifying) and the Danish naturalist Grönvold’s magnificent plates of life-size eggs.

But one book has been my constant companion for fifty or so years, first read to me by my mother, and later devoured when deep in solitude. Borne out of human endeavour and tragedy, The Worst Journey in the World by Apsley Cherry-Garrard, published in 1922, documents many aspects of Captain R.F. Scott’s 1910–1913 ill-fated British Antarctic Expedition.  The ‘worst journey’ was the quest for Emperor penguin’s eggs at Cape Crozier collected in the most awful conditions The book is remembered best for its devastating portrayal of the futile attempt to be first to reach the South Pole. Yet ironically, it is the scientifically worthless value of the eggs that is most poignantly revealed in the book. I’ve met several descendants of the Scott expedition, and each time pondered the circumstances of their history, so brilliantly told by Cherry-Garrard.