Aliens were in the news last week – but these ones are from right here on planet Earth. In a week-long awareness raising push by the UK Government, invasive, non-native species and the problems they can cause were put under the spotlight.

The cost of invasive species to the Scottish Economy is an estimated £245 million per year and they are one of the greatest threats to biodiversity worldwide. Globally, invasive species have contributed to 40% of animal extinctions in the last 400 years. They can be animals, plants or fungi and in Scotland we have them on land, in fresh water and in the sea. 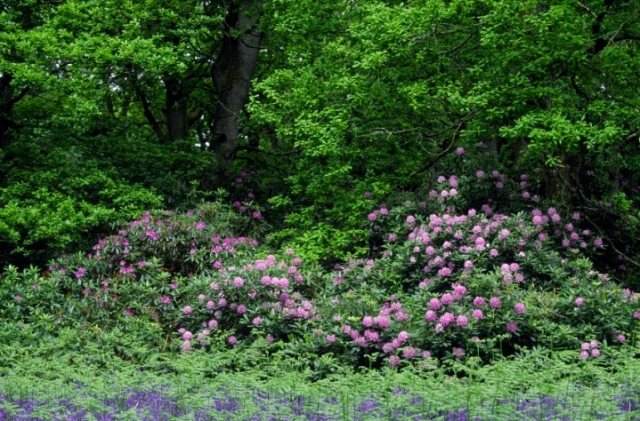 Not all non-native species are invasive. The UK Government’s Invasives Week focused on species introduced to the UK that also have a negative effect on native wildlife, our environment, our health, or the economy.

The battle with invasive non-natives aims to eradicate, or limit the spread of species which have found their way here. Prevention is better than cure though, so it’s just as important to raise awareness of invasive species not here yet but which could be on the way. 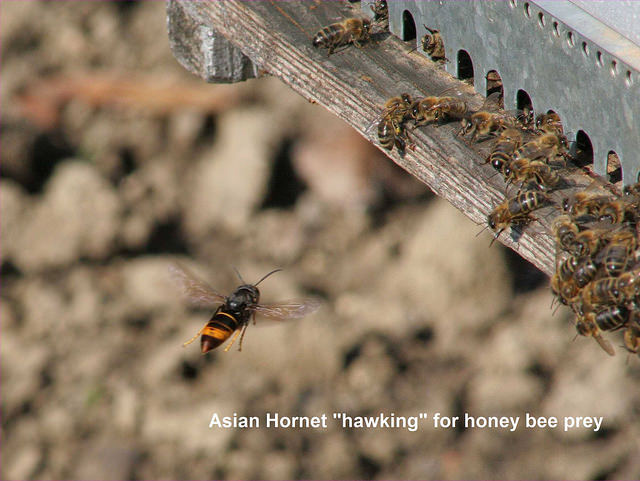 One such creature to keep an eye out for is the Asian hornet. Although not yet established in Britain, it is a highly predatory species which will have a serious impact on our honeybees if it arrives. It’s a ferocious insect which has evolved to hunt around honeybee nests, waiting to ambush returning bees. It’s also one more human-stinging insect we could do without! To help us spot the difference between the Asian hornet and six similar native flying insects a Flickr page has been created, with advice what to do should you spot one.

The grey squirrel, introduced from North America, is a well-known invasive non-native in Scotland which out-competes our smaller red squirrels for territory and passes on diseases which can be fatal to reds. We have been working for several years to protect red squirrels by preventing the spread of greys northwards. Other familiar invasive non-natives in Scotland include the North American Mink, the pervasive rhododendron, giant hogweed and Himalayan balsam.

Invasive non-natives also pose a significant threat to islands. In 2008, non-native rats were eradicated from the island of Canna in the Small Isles, where they were creating big problems for the island’s seabirds by preying on their eggs. In the Outer Hebrides, mink were causing similar problems for important nesting bird populations on the islands. Now the end of mink on the islands is in sight and tern colonies have reappeared where they had been absent for decades.

A different kind of invasive non-native problem was resolved recently when we worked with an East Lothian farm to home their North American prairie dogs in a secure enclosure. The animals had previously been free to roam the farm, with the potential for escape onto a neighbouring Site of Special Scientific Interest, where they could have caused substantial damage.

Several water-dwelling pests have also found their way to Scotland. Some, like the North American signal crayfish, are better known about than others, like parrot’s feather and ruffe. Parrot’s feather originates from the Amazon but is now found on every continent except Antarctica. Introduced as a garden pond plant, it escapes and fragments to establish new colonies in the wild, out-competing similar native species and clogging waterways. In Britain it appears to be spreading northwards but so far it hasn’t been recorded in the wild in Scotland. The ruffe is an aggressive, predatory fresh-water fish introduced from southern Britain. Its introduction to Loch Lomond has been disastrous for powan, a fish which in Scotland is only found in Loch Lomond and Lock Eck. 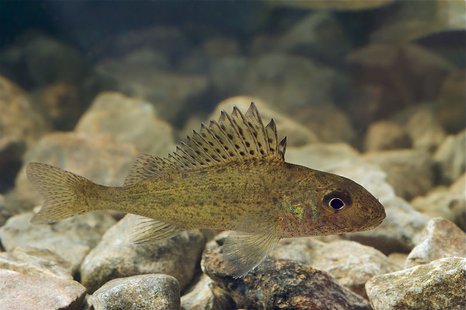 Several other watery pests have become widespread in Scottish seas, including wireweed, leathery sea squirt and the Acorn barnacle. In summer months on the west coast Japanese skeleton shrimp numbers can reach as many as 300,000 in a metre-square. First recorded here in 2000, it’s not yet known what impact these aggressive shrimp will have on our seabed communities, but research suggests they may outcompete our native shrimp for food and space.

Carpet sea squirt is a highly invasive non-native animal that could threaten conservation, fishing and the shellfish industry. If you think you have found carpet sea squirt, please report it! 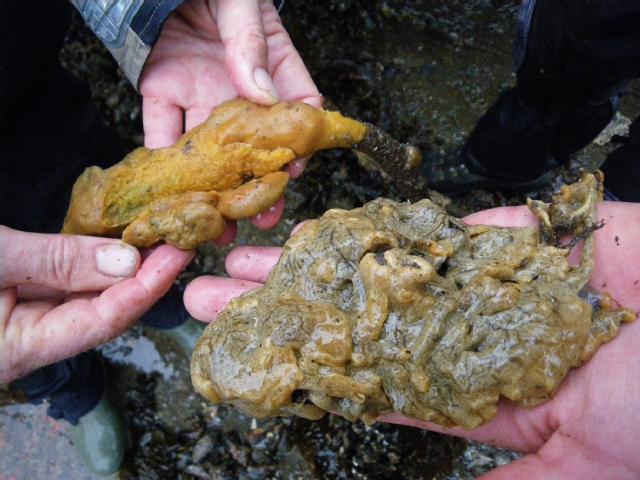 An invasive species already south of the border which we think could arrive here soon is the Chinese mitten crab, a voracious predator that will eat a range of invertebrates and fish eggs. These crabs spend most of their time in freshwater and burrow into riverbanks, which can cause increased erosion and problems for spawning fish. Their distinctive furry claws and unusual liking for fresh water makes Chines mitten crabs easily identifiable, so keep an eye out and if you see one, please report it straight away.