Posted on February 2, 2015 by NatureScot

Mountain hares have been in the news of late. Rob Raynor and Vicki Mowat reflect on recent controversy concerning this extremely popular species.

Mountain hares are a special part of Scotland’s nature. They’re Britain’s only truly arctic/alpine mammals and our only native species of hare (the brown hare and its other smaller relative, the rabbit, were both introduced).

Scotland holds almost all of the Great Britain mountain hare population, except a small introduced population in the Pennines. They’re also an important part of the diet of some of Scotland’s most charismatic wildlife, notably golden eagles.

But controversy has surrounded these small creatures lately – and it’s over questions which seem quite straightforward: How many are there? Have their numbers dropped? Are they now at risk?

Those questions may sound simple, but counting wildlife is often quite tricky – and hares in particular. First, they’re most active at night and, although some are visible during the day, daytime counts are likely to miss quite a few. This isn’t necessarily a problem if you’re only interested in population trends – that is, broadly how the population is changing over time – but it can cause difficulties when you’re trying to accurately work out how many hares are present in a particular area. Second, around half of hare populations naturally fluctuate widely, roughly in 10-year cycles. So any apparent changes in hare numbers need to be considered against these natural fluctuations. 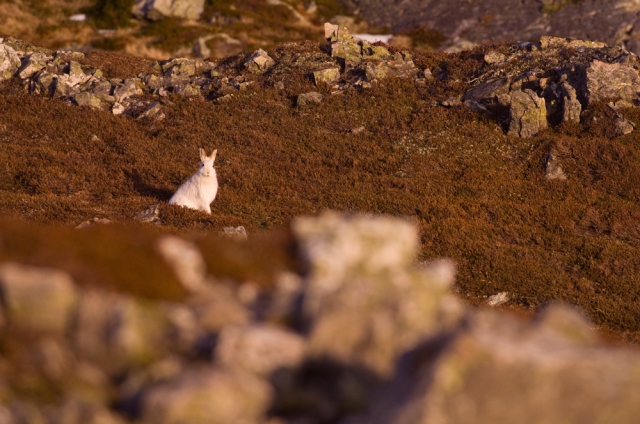 That’s why we’ve begun a study with the James Hutton Institute and the Game and Wildlife Conservation Trust (GWCT) to determine the most robust and cost-effective way to count mountain hares. There is some evidence of a decline in hares since the mid-1990s and there are anecdotal reports of mountain hares being scarce, or even gone altogether, in some local areas. A reliable method of counting hares is needed to verify this.

Why are mountain hares culled at all? Well, heather moorland managed for red grouse is a very good habitat for them; hare numbers are actually highest in such places. As well, like many forms of wildlife, mountain hares carry sheep ticks which, in turn can infect grouse with the louping ill virus. As a result, some estates cull them to try and reduce this disease in grouse. 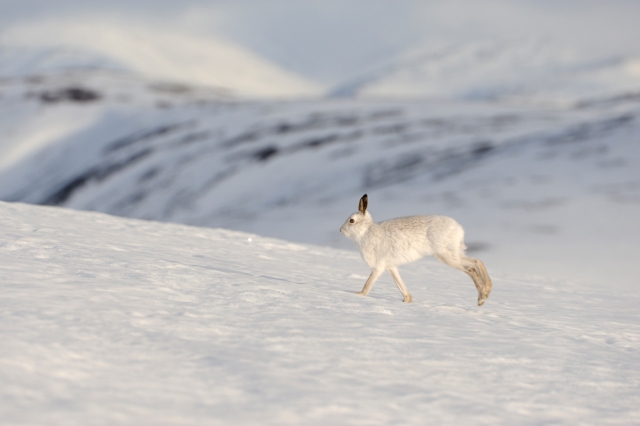 Mountain hares are also a quarry species and can be shot for sport outside the March-July close season. They are also culled to protect forestry. While we conduct this study to determine if mountain hares are at risk, we’ve asked land owners and managers not to carry out any large-scale culling of mountain hares. We’ve also tried to communicate the message as widely as possible that there is no evidence that culling stops the spread of ticks and louping ill virus on red grouse when other animals, such as deer, are present to act as hosts for ticks.

We all want to see mountain hares thriving in Scotland, and the Scottish Government has a responsibility under European legislation to maintain a healthy and sustainably managed mountain hare population. 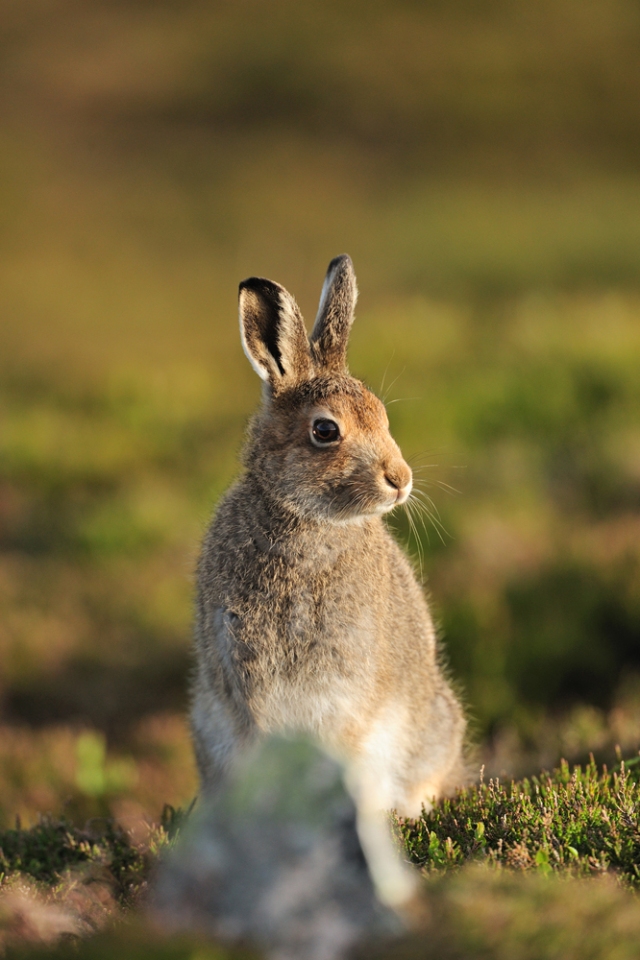 Sporting estates play a crucial part in this: the habitats where mountain hares thrive, such as those you often find on grouse moors, need to be maintained. And estates have a right to shoot mountain hares in season. We need to work together – those who own and manage the land, conservationists, walkers and all of us who love to catch the sight of a mountain hare running wild.

We urge those who are regularly out and about in moorland areas to report any evidence of continued large-scale mountain hare culling to us. The occasional one or two dead hares found on the moor are not the issue – it’s evidence that many hares are being targeted that we’re concerned about. If you have any such information, please email robert.raynor@snh.gov.uk