As the clocks turned back this weekend, few of us who enjoyed the hour of sleep we gained  will have thought about being plunged into darkness for our commute home on Monday.

But those extra hours of darkness, coinciding with many of our drives to work or home as the nights get longer, can be dangerous. Accidents between deer and vehicles peak in Scotland between October and December. At this time of year, deer move down to lower ground for shelter and to feed on grass verges at the side of the road. The highest risk time of day is from sunset to midnight and shortly before and after sunrise. 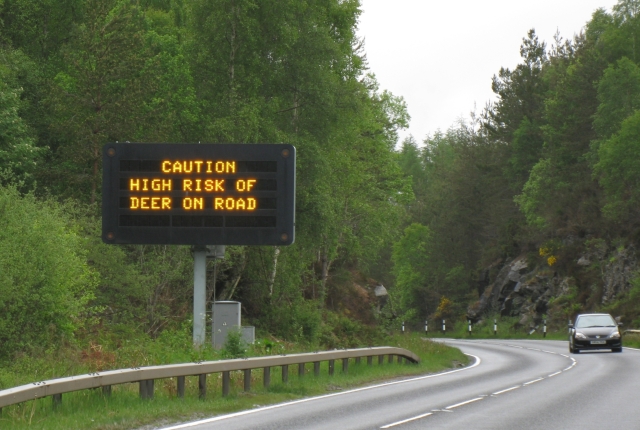 Because of this, you’ll see some warning signs on Scottish trunk roads for the next three weeks, starting today, asking you to be alert for deer on the road.

The most recent deer-vehicle collisions research shows there are more than 7000 collisions between motor vehicles and deer every year in Scotland, with an average of 65 of these resulting in human injuries. The combined economic value of these accidents, through human injuries and significant damage to vehicles, is £7 million. Across the UK, it’s estimated there are between 42,000 and 74,000 deer-vehicle related accidents a year, resulting in 400 to 700 human injuries and about 15 deaths, with an annual cost approaching £47m. 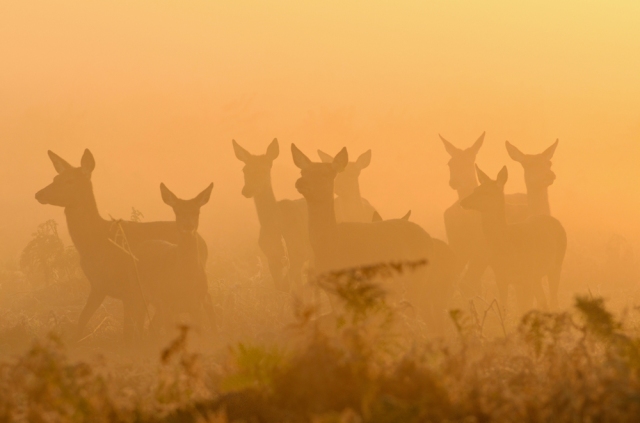 Many people think most accidents with deer happen on remote Highland roads, but up to 70 percent actually take place on trunk roads or motorways. And when traffic volume is taken into consideration, the risk of a collision with a deer is about twice as high per vehicle-mile driven in Scotland compared to England.

So how do you avoid being one of these statistics? Here are some tips from the experts: