Priority Marine Features (PMFs) are species and habitats that we consider to be conservation priorities in Scottish waters. Our coasts and seas are home to around 8,000 animal and plant species. The PMF list is used to help target future marine conservation work in Scotland.

In the first of a series of posts focusing on PMFs, Ben James from our marine team zooms in on perhaps the most iconic species on the list.

You’re most likely to see a dolphin display at Chanonry Point if you time your visit to catch a rising tide. As the tide rolls in the dolphins are frequently seen in numbers here, chasing salmon and generally having what looks like a lot of fun. 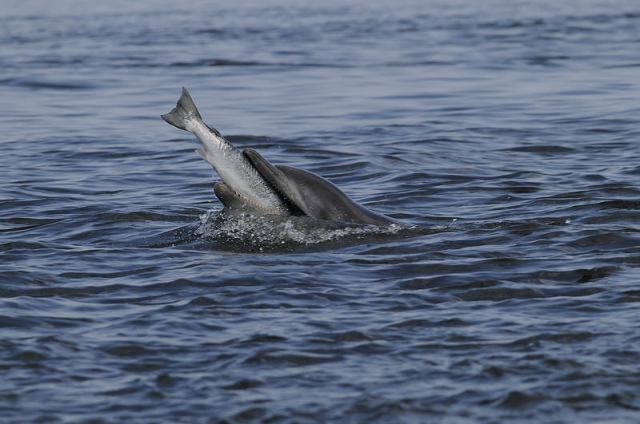 The marine team recently received a new camera lens for use on future surveys and I could think of no better way to test it out than by snapping dolphins. As I was doing this in my own time, the deal was that I would share the best of the photos taken with you! 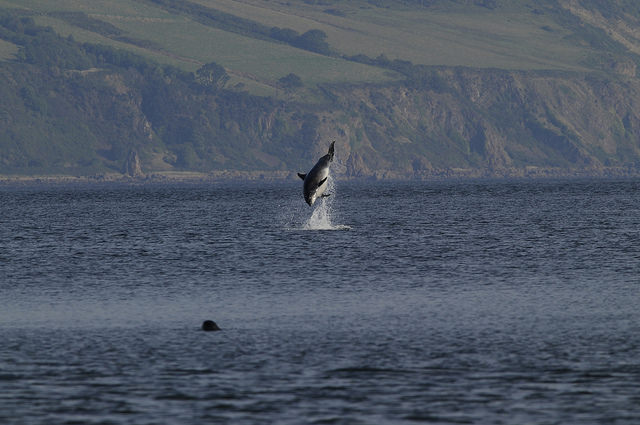 Based in Inverness we are lucky to be just a short journey away from Chanonry Point, on the Black Isle, which is without doubt one of the best places in the UK to see dolphins. The Moray Firth is home to the world’s most northerly resident population of bottlenose dolphins and if you time it right, you can marvel at these beautiful mammals from just a few metres away. Sometimes it seems as though they are putting on a display expressly to entertain the small group of wildlife watchers who have gathered on the pebble beach to see them. 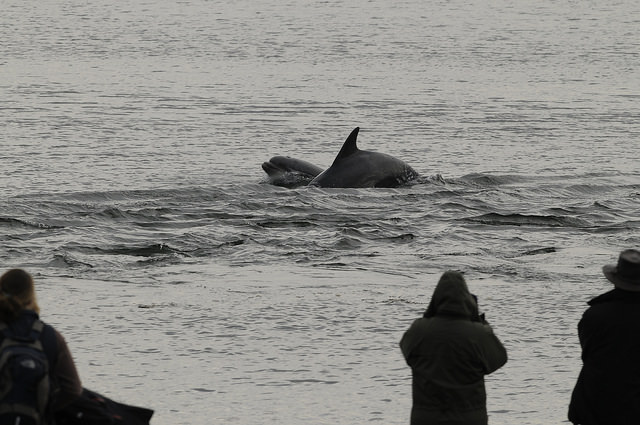 Chanonry Point falls within the Moray Firth Special Area of Conservation (SAC), an EU designation for its sandbanks, as well as the bottlenose dolphin population. The Moray Firth population is isolated and, because dolphins can live a long time and reproduce slowly, it’s potentially vulnerable in such a busy firth. The population is also relatively small: around 200 individuals are thought to live off the east coast of Scotland, stretching from the Moray Firth to Fife and further south. Some of the dolphins in the population travel along the coast between these different areas. Recent research found that over 50% of the population use the SAC at some point in the year.

The SAC designation ensures that the various activities in the firth are managed to avoid significant disturbance to the dolphins. The dolphins are a big tourist attraction, generating around £4m for the local economy, so looking after them is not only good for the dolphins, it’s also good for us. 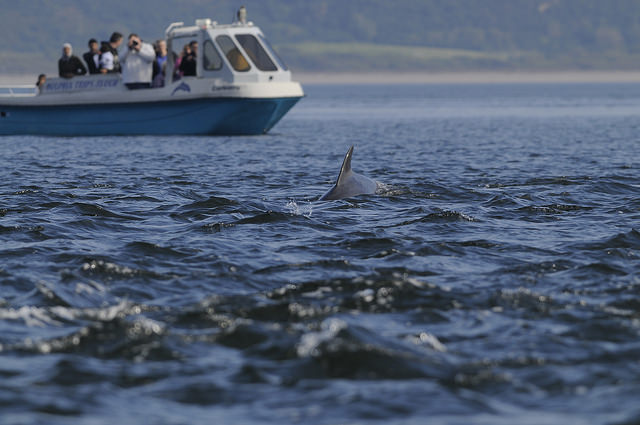 Several boat operators offer trips out to see the dolphins and other wildlife in the area. Those who follow the best practice guidelines set out in the Scottish Marine Wildlife Watching Code can become accredited by the Moray Firth’s Dolphin Space Programme.

Bottlenose dolphins can also be found off Scotland’s west coast. Elsewhere in Europe the species is scarcer, so we also have an international duty to protect those living in our seas.

Bottlenose dolphins around the UK are special: not only are they at the northern limit of their range, they are also considerably larger than those found in other parts of the world. The dolphins put on quite a show when I went to try out the lens and it was great to see some new additions to group – I was lucky to get a couple of shots of these juveniles as they played.

You can find my dolphin photos on our Flickr page, together with a few hundred other marine life photos that we’ve taken on surveys over the years. All of our Flickr photos can be downloaded freely for any non-commercial use and you can find out more about Scotland’s Priority Marine Features on our website.

Coming up for air