Using tracking devices to find out more about our natural heritage is an increasingly popular and important approach. In Scotland a range of projects using this technology look set to further improve our knowledge of species that would otherwise be extremely tricky to monitor.

Few dramas are more interesting in the natural world than migration. A tiny tracker, weighing less than a paperclip, has revealed that the red-necked phalarope can travel an astonishing 16,000 miles during migration.

In 2012 the RSPB and Shetland Ringing Group fitted tiny geolocators to ten of the birds in Fetlar, Shetland, with the aim of finding out where they went in winter.

The data gathered recorded a truly epic trip that took in crossing the Atlantic, heading south down the eastern seaboard of the United States, journeying across the Caribbean, before ending up off the coast of Peru.

After wintering in the Pacific, the little bird returned to Fetlar following a similar route. The outward journey for the phalarope (which weighs no more than a golf ball and in the UK is found only in Shetland and the Western Isles) is even more admirable when you consider that it heads into the prevailing weather when travelling towards North America.

Using tracking devices to find out more about our natural heritage is an increasingly popular and important approach. Here in Scotland a range of projects aim to further improve our knowledge of species that would otherwise be extremely tricky to monitor.

Lightweight transmitters sending out signals to satellites have allowed us to glean both new knowledge and confirm what we suspected to be the case with many species.

It was around the turn of the century that advances in size and weight of transmitters allowed tracking to become a viable tool for studying wildlife. Be it migratory species or monitoring movements of mammals and birds that don’t leave these shores, the benefits quickly became apparent. 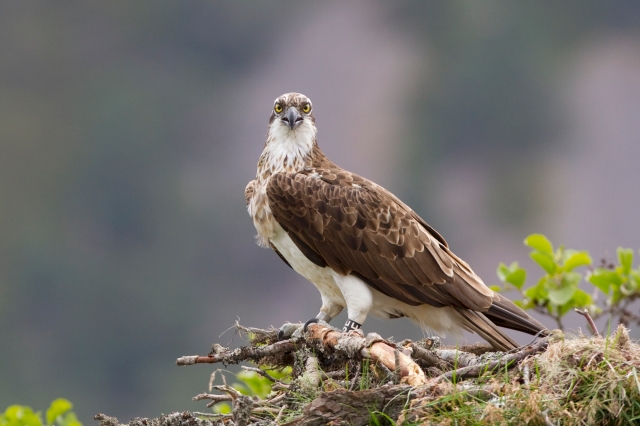 Ospreys were amongst the first birds to be tracked in Scotland. Roy Dennis famously travelled to Spain to pick up signals of migrating ospreys with the millennium just around the corner. Over the years the use of transmitters has allowed the RSPB and others to carefully track the flight paths that ospreys take when heading to west Africa. Routes, total mileage, daily mileage and preferred stops are all able to be recorded. Our knowledge today of osprey migration is hugely better thanks to the little transmitters.

Our marine team working with the University of Exeter have been tagging basking sharks. The aim of the project is to help to solve some of the mysteries about basking shark behaviour. 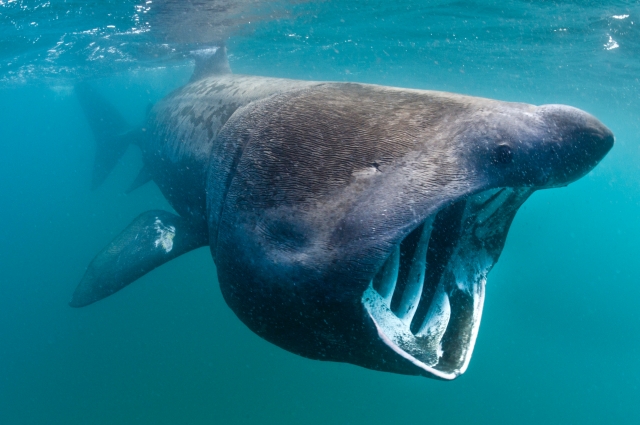 The British Trust for Ornithology (BTO) has been tracking cuckoos using this technology since 2011.. Cuckoo numbers in the UK have halved over the last 20 years. To establish why, the BTO has used satellite-tracking and has gained lots of vital information which will go some way to help save our cuckoos. 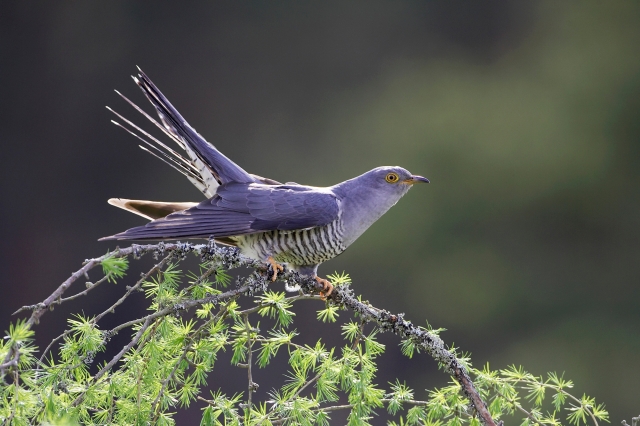 Knowing where our seals go and what they do when at sea has always been a dream. The first attempts to establish if seals returned to the same haulout sites, or whether they moved around, involved attaching small coloured/numbered caps to their heads that allowed individual seals to be visually identified. Useful and interesting as this was it did not reveal where they went when at sea.

With the development of mobile phone technologies the Sea mammal Research Unit at St Andrews University has been attaching GPS phone tags to seals, providing a wealth of information about where seals go when at sea, the depths to which they dive, the time they remain underwater and the temperature of the water, etc. We’re learning so much more about these fascinating animals with this technology, such as how long they spend hauled out on land, how long they spend at sea, the distances they travel and how loyal they are to particular feeding areas and haulout sites, and much more.

Osprey : follow the fortunes of the Loch Garten ospreys @ http://www.rspb.org.uk/wildlife/tracking/lochgartenospreys/

Cuckoo – you can read about the BTO project @ http://www.bto.org/science/migration/tracking-studies/cuckoo-tracking#

Seals – find our more about the CMRC work here http://sealtrack.ucc.ie/