It’s true that animals can pop up in unusual places. Viewers of the recent series of BBC’s Springwatch will have seen a badger swimming out to an island on Minsmere RSPB reserve, and been amazed to witness an adder scaling a bramble bush to predate a goldfinch nest. But closer to home we have our own instances of animals in unusual places.

That’s certainly been the case at Beinn Eighe National Nature Reserve. When assistant reserve manager John Weir placed a remote camera 450m up in a corrie that is 5km from the nearest road he wasn’t sure what would happen by. The camera was near a deer carcass, and sighting of eagles and ravens might have been anticipated. But what he quickly got was a glimpse of a badger.

Badger on the slopes of Beinn Eighe

The photograph above was taken by a remote camera and the badger has now been filmed several times feeding off the deer carcass. It has long been known by stalkers and shepherds that badgers will live in cairns or sand holes high up in the hills, but nevertheless sightings like this are not that common.

No doubt this badger was understandably enjoying a free meal …. or maybe simply feeding on the beetles and other insects that were attracted in.

Badgers are well known to be omnivorous, taking a variety of food ranging from insects, small mammals and birds to plant foods such as fruit, nuts and crops. Earthworms usually form up to 50 per cent of their diet in Britain.

Staff at Beinn Eighe are wondering where does this animal and his family live? Badgers live in family groups in setts, which are usually made up of tunnels and chambers underground. The Scottish Badgers National Survey (2006 – 2009) found that most setts occur in farmland, deciduous woodland or intensive grassland, although badger setts were also found in other habitats including coniferous woodland, urban fringes, wet moorland with drier moraines, high-altitude rocky terrain and coastal areas.

So maybe this is a mountain badger, with a home in a rocky cairn, or he or she was just on a foraging expedition from a home base lower down in the woodland. What’s for sure is that it wasn’t what we expected to see on this particular camera. 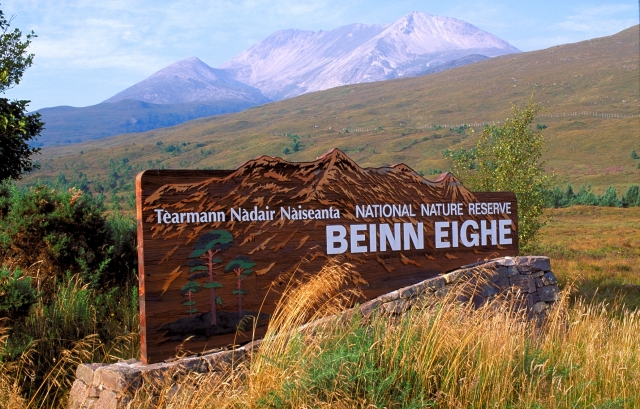 Find out more about badgers on the SNH website

Or why not try our Naturally Scottish booklet on badgers